Kailyn Lowry, Leah Messer, and Chelsea Houska Threaten to Quit Teen Mom 2 Due to Drama With Briana and Jenelle!

by Lindsay Cronin May 17, 2018 6 comments
ShareTweetWhatsappPinterestRedditTumblrMailFlipboard 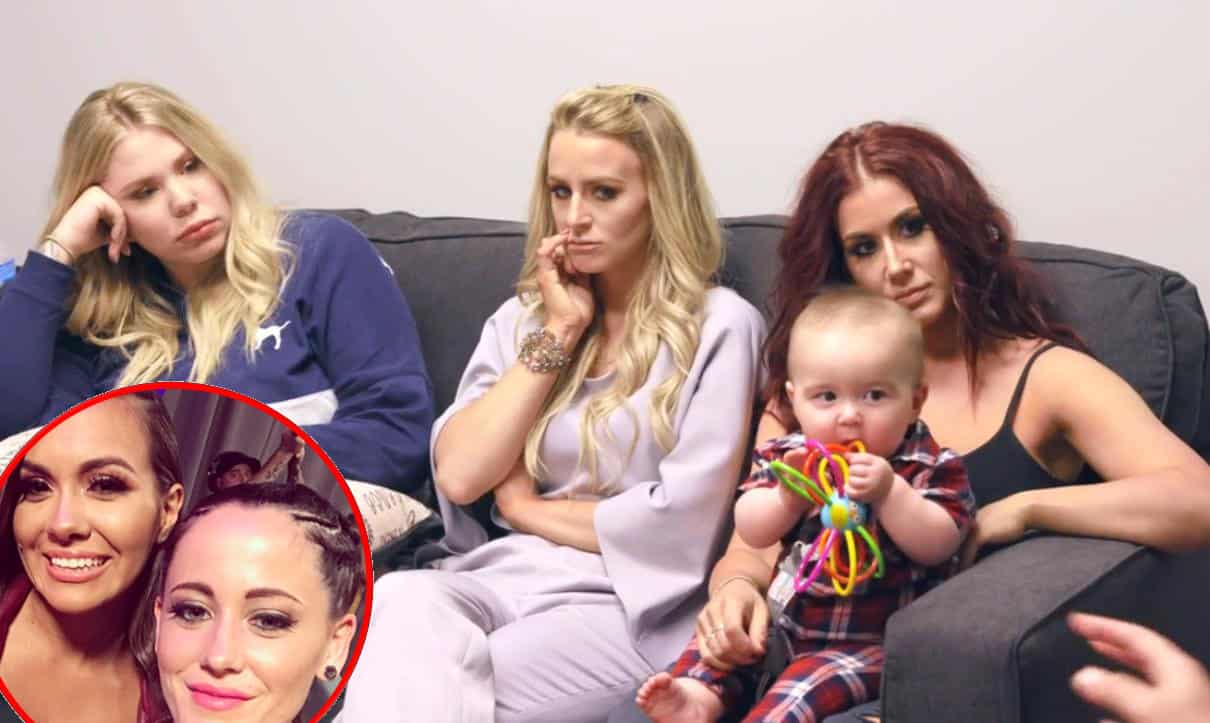 In a sneak peek for next week’s new episode of the show, Kailyn, Leah and Chealsea threaten to quit the show! First, Kailyn is seen talking to her executive producer, Morgan J. Freeman, about the issues she and her co-stars are having with Briana and Jenelle.

“Briana flipped out on [Leah] last night,” Kailyn revealed to Morgan. “Making her cry and stuff. This is not okay. None of this would be happening if it wasn’t for her or Jenelle.”

Kailyn has had a number of issues with Briana, both on-screen and off, in regard to her past relationship with Javi Marroquin.

“What’s happened last night and today is unacceptable on all levels,” Kailyn continued. “I don’t want to be part of this. The culprit of this is Jenelle and Briana.”

“What do we do about Jenelle and Briana so we don’t feel like we need to walk away from the show?” she asked. “I can’t speak for them, but I will. If all three of us ban together and we’re done, then what?”

Last week, Kailyn and Briana engaged in a war of words over Briana’s whirlwind romance with Javi, which began in the fall of last year and nearly led to an engagement. Also during the show, Briana was seen lashing out against Leah for telling her that she and Javi would be staying at the same hotel during his trip to Florida with Kailyn’s sons, Lincoln and Isaac.

During the ladies’ blowout, Briana confronted Kailyn, asking her why she has an issue with her.

“We can’t tell you nothing if we don’t know what’s going on with us,” Briana replied. “All we are is friends right now.”

At that point, Kailyn informed Briana that Leah had told her she would soon be spending time with Javi at a hotel in Florida.

“I said [to Javi] if you’ve going to have Isaac in Orlando you need to tell Kail. It’s not my place to tell Kail that the kids are going to be hanging out with us,” Briana explained.

“You’re salty that Javi is moving on,” she added.

“I don’t give a s**t if he moves on Briana!” Kailyn yelled back.

As their screaming match continued, Briana told Kailyn to “shut up” and labeled her “annoying” as Kailyn fought back by calling her “ratchet.”