RHOBH Star Dorit Kemsley Slams “Sneaky” Kyle Richards! Calls Her “the Real Sniper from the Side” Plus Says Erika Jayne Offered Her No Empathy 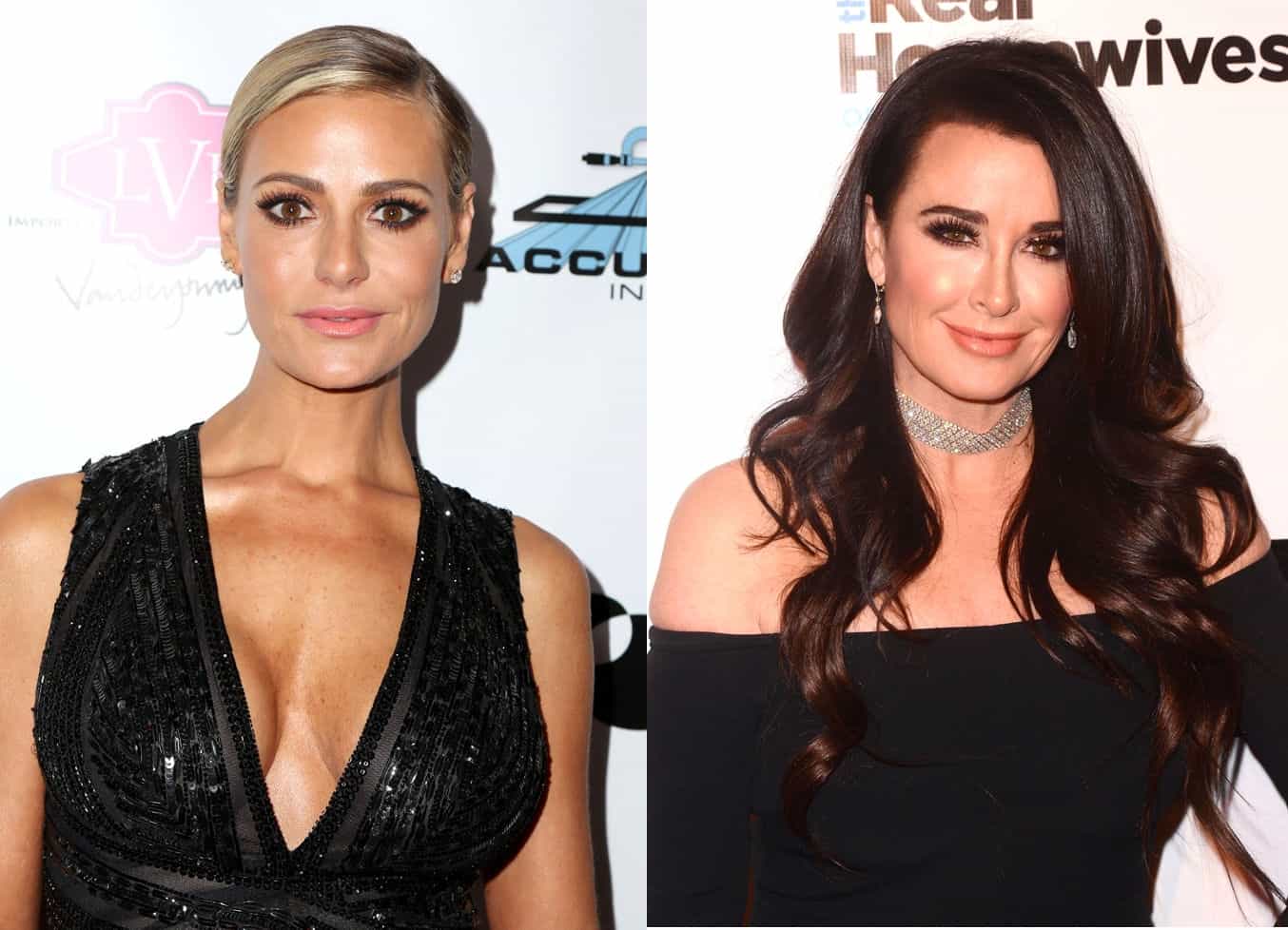 Dorit Kemsley dished on all things Real Housewives of Beverly Hills during a recent appearance on The Lady Gang podcast.

Speaking to the hosts, Dorit admitted that she never meant to become a reality star and opened up about her co-stars by taking shocking aim at former friend Kyle Richards, who she claims is the real “sniper from the side.”

“I never thought that I would ever do it. I never had aspirations. I didn’t really know or expect anything going into it. They approached me and then, of course, I had to audition. And I wasn’t really sure I wanted to do it,” Dorit recalled, according to a June 1 report by All About the Real Housewives. “It was my husband encouraging me.”

In one of her more surprising statements of the interview, Dorit lashed out at Kyle for being a “big, big stirrer” on the show.

“Kyle likes to kind of stir things up from the side,” Dorit alleged. “Very sneaky. She’s the real sniper from the side.”

Dorit then spoke of the season eight love triangle between her, Kyle, and Lisa Vanderpump, and made it clear that the friendship she once had with Kyle is not the same as it once was.

“We spend a lot of time off camera together – the three of us. We have a barrel of laughs. I have got a great friendship with Kyle, or so I thought, and she feels the same. I saw some things in her this year that were surprising. This kind of way she thinks about the friendship between Lisa and I and there’s a little bit of jealousy there.”

As soon as Dorit joined the show, fans were left confused by her accident and many called the Connecticut native out for allegedly faking it. However, as Dorit explained, her odd sound is due the fact that she speaks four different languages, including Hebrew, Italian, Spanish, and English, and spent a number of years in Europe.

“People thought I was putting it on. Why would I want to do that? Don’t you think that would give someone a headache trying to be that person at all times?” Dorit asked. “I’ve always spoken with a cadence and an inflection. I don’t hear it like other people do. I think once you get to know me you kind of realize I just tend to enunciate and over-enunciate and there’s goes my accent.”

Looking back at her time as the newcomer of season seven, Dorit said she looked to Erika Jayne, who joined the series one year prior, for empathy, but sadly, she got none.

“[Erika] wasn’t prepared to offer [any] empathy at that point,” she said.

“It’s not easy. At the end of the day, you have to remember it is a show. It is reality – it’s dialed up reality in a lot of the sense because some of the things we wouldn’t ordinarily have conversations about. But it is a television show and people don’t want to be bored to tears,” she explained.

Throughout the eighth season of The Real Housewives of Beverly Hills, Dorit butted heads with a number of her co-stars, including new cast member Teddi Mellencamp-Arroyave, but when it comes to being labeled as a pot-stirrer, she doesn’t agree with the title.

“It haunts me I don’t like it,” she explained. “Typically in a big group of women, you know we are six or seven women at any given time, things happen. After going through my first season I was like ‘Oh my goodness it’s best to get things out.’ Let’s just talk through it and move past it so we can go on to the next silly thing to talk about.”

TELL US – DO YOU THINK KYLE IS SNEAKY?