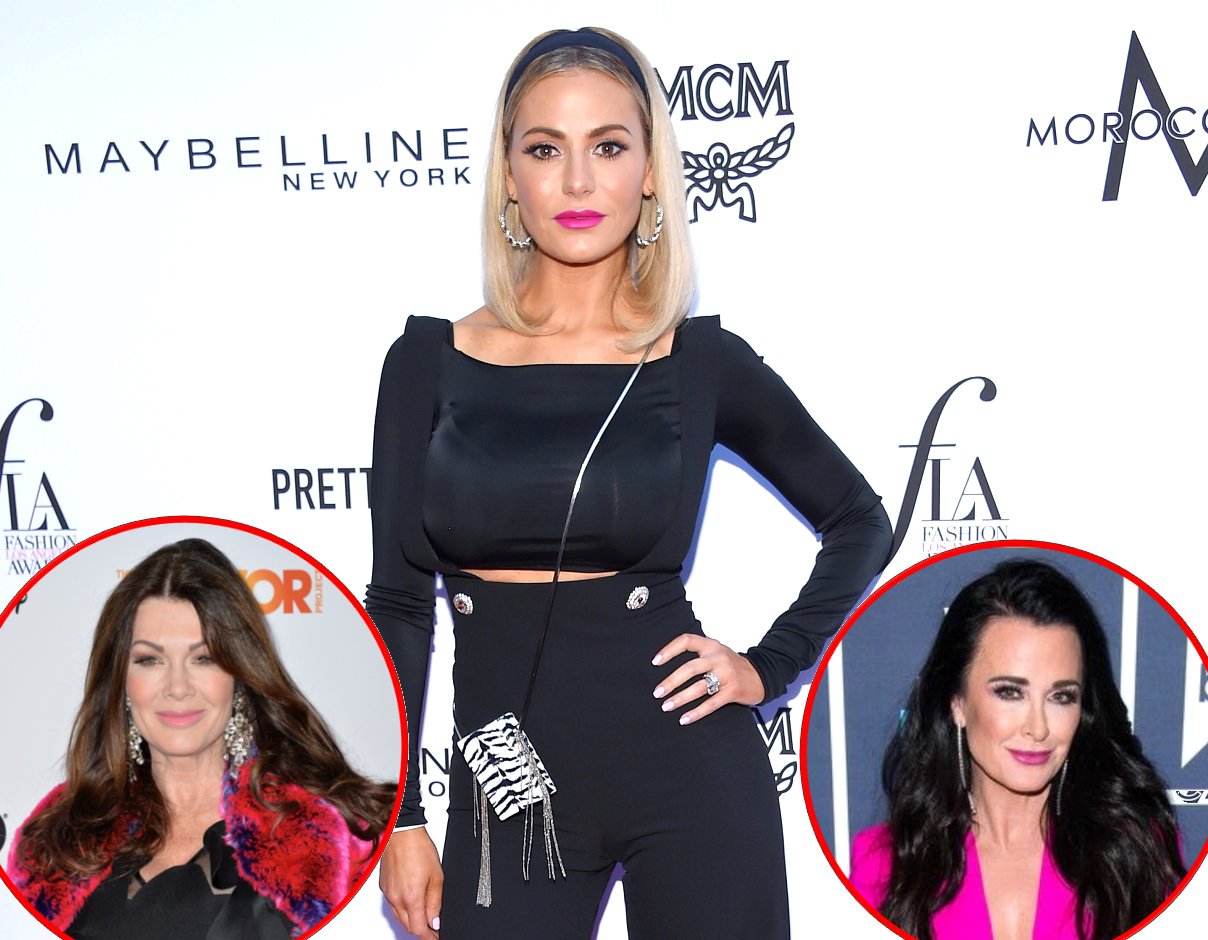 Dorit Kemsley is so happy that filming on the eighth season of The Real Housewives of Beverly Hills has come to an end following a rather “tough” season.

In a new interview, Dorit reveals the status of her friendships with Lisa Vanderpump and Kyle Richards today, and discusses being the “villain” this season. She also talks her future on the show, plus has a surprising response to Lisa Rinna’s recent controversial comments in which she called for “new blood” on the show.

“Overall, it’s just nice to finish something isn’t it?” she said during an interview with Entertainment Tonight.

Throughout the currently airing eighth season of the Bravo TV reality series, Dorit has been faced with a number of “tough” situations and been labeled a “pot-stirrer” by several of her co-stars.

“I think that in this world, you know, there’s always a villain and maybe it was just my time,” she said. “I think things get blown out of proportion, of course, and thank goodness we’re not talking about anything that’s really dire. You know, a glass, a miscommunication on time.”

“It’s like death by a thousand paper cuts,” Dorit continued.

During filming, Dorit engaged in tense moments with newcomer Teddi Mellencamp Arroyave and Camille Grammer and also faced hardships with friends Lisa and Kyle. Luckily, Dorit was able to mend her relationships with Lisa and Kyle after filming.

“You know, Kyle, Lisa Vanderpump and I have a really great friendship individually, and collectively, and it’s that kind of relationship that’s really real, and strong and ever growing,” she said of their current relationship status.

As for Teddi and Camille, Dorit noticeably left the women’s names out of her swimsuit collection, Beverly Beach by Dorit, while using the names of all her other co-stars.

“I didn’t name a suit after [Teddi], but quite honestly, it’s a swimwear line, there’s — please, god! — many collections to come, and I’m sure there’ll be a Teddi at some point in there,” she explained.

It is also likely that Teddi, a fan favorite, will be included in the upcoming ninth season of The Real Housewives of Beverly Hills and Dorit said she completely understands why executive producer Andy Cohen wants to keep her on board.

“I think she brings a very different piece to the puzzle, which is always nice, because you do want that balance,” Dorit noted. “She’s certainly worked hard at it, and I think she very much wants to come back, so if that opportunity is available to her, I’m sure she’ll take it.”

As for the potential returns of series staples Lisa and Kyle, Lisa Rinna recently said during an interview on SiriusXM’s Radio Andy that she wanted to see “those other girls who are making the most money [to] f**king show up and do the work.” She also suggested the show was in need of “some new blood, not old blood.”

In response to Lisa’s comment, Dorit said she understood “where [Rinna is] coming from” but pointed out that she was unsure of her “new blood” comment.

“I would be so sad for Lisa Vanderpump or Kyle not to be there,” Dorit said. “I think whilst they enjoy doing the show, and everyone enjoys them — and they’ve got a very big fan base — so, I don’t see them going anywhere anytime soon.”

PHOTOS – SEE DORIT KEMSLEY BEFORE AND AFTER PLASTIC SURGERY!

As for her own potential return to the show, Dorit said she has some thinking to do before making any plans for season nine.

“I think once we finish the season, my husband and I can sit down and have a chat and see where we are in our lives and what we want to do,” she said. “I would like to take a vacation [first]!”

TELL US – THOUGHTS ON DORIT’S INTERVIEW AND TONIGHT’S RHOBH FINALE?