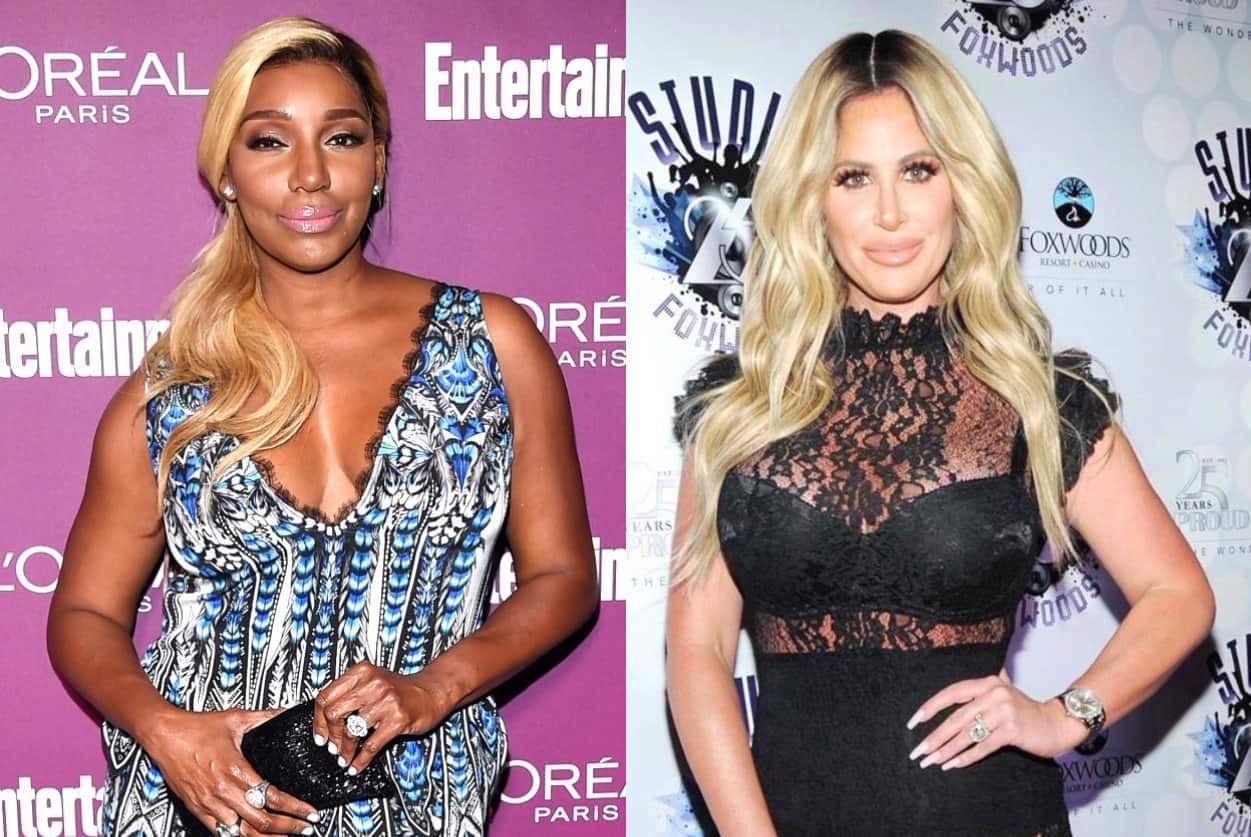 Nene Leakes is getting a lot of love and support from her Real Housewives of Atlanta castmates following her revelation this week that her husband, Gregg Leakes, has been diagnosed with cancer.

And shockingly, her nemesis Kim Zolciak is one of the people showing her support. Even more shocking you ask? Nene is the one who shared this information when she publicly thanked Kim today on Instagram.

Nene, 50, shared an emotional post on Instagram on Thursday to thank people for all of the love and prayers they have been sending her way.

“We have been so overwhelmed with the out pouring of love, support, thoughtfulness & prayers,” wrote Nene. “Some of you have educated us on cleanses, diets & holistic healthcare. We wouldn’t know some of these things if it wasn’t for the reach we have been blessed to have. So far, Gregg is doing great! He feels good with the exception of not being able to eat a lot. The cancer was removed! Now we have to decide whether we do chemo or not? Would you?”’

Nene then went on to thank some of her present and past RHOA castmates including Kim.

“Thank you so much to the ladies i work with and have worked with in the past for sending gifts, love and just good ole words of encouragement @CynthiaBailey10 @kandi #marlohampton #porsha4real @thekenyamoore @PhaedraParks #EvaMarcille @shamemorton @lisawu and yes @kimzolciak. We hope you all know that this really means a lot,” she wrote. 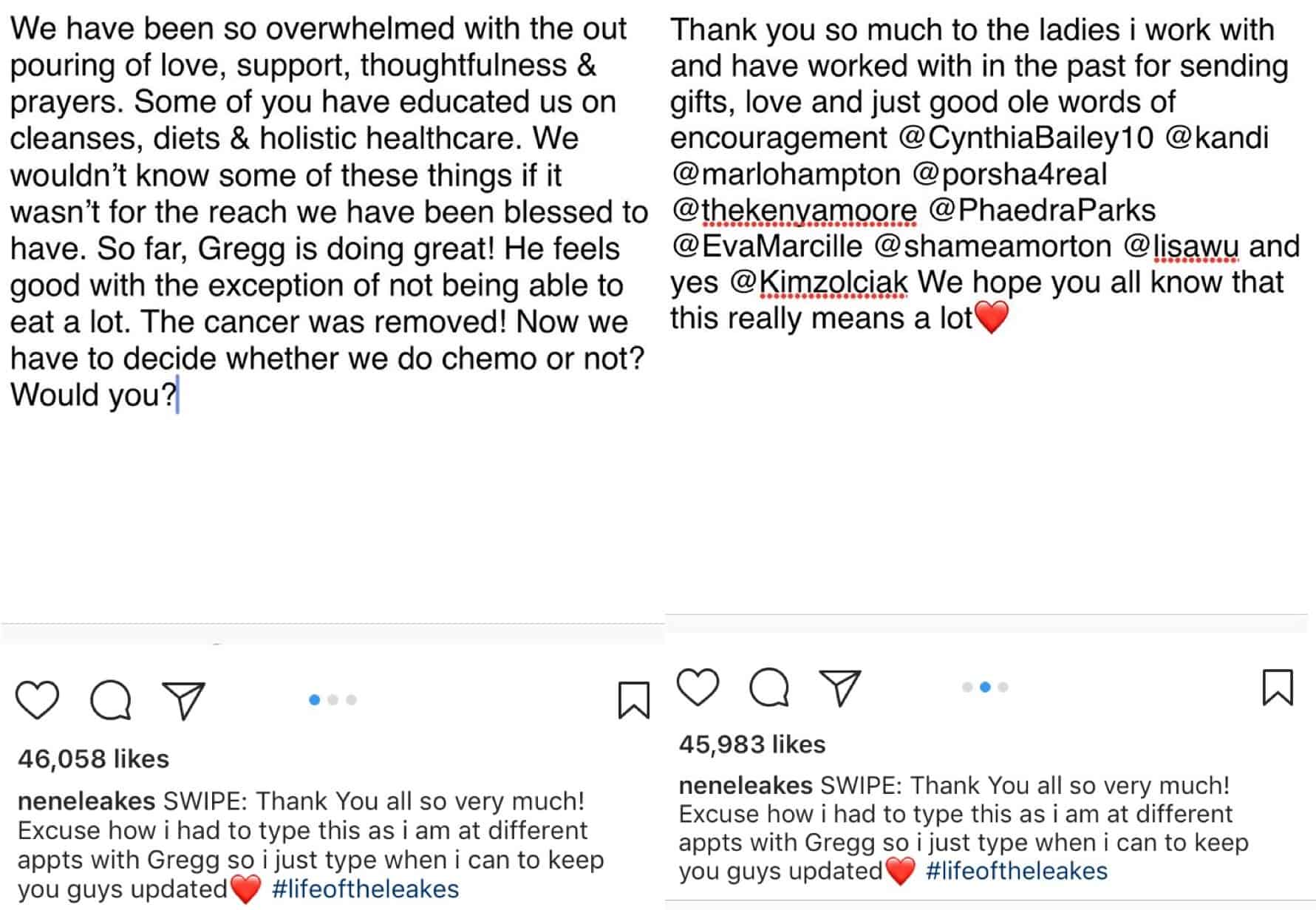 Nene and Kim have had quite the tumultuous relationship over the years, with things finally coming to a boiling point this year after Kim’s daughter Brielle Biermann taped a video of a bug (which she wrongly identified as a roach) crawling on Nene’s bathroom floor.

Nene became irate after Kim shared that video with their RHOA castmates. This led to a nasty back and forth with claims of racism made against Kim by Nene, and Kim threatening to sue Nene in retaliation. It only got worse during the recent RHOA reunion, after which Kim claimed she was ganged up on unfairly and also accused Nene of trying to kick her during the taping. Both women have denied the allegations made by the other.

Nene is expected to return for the 11th season of RHOA, while Kim announced earlier this year that she would not be returning.

TELL US – ARE YOU SURPRISED BY THIS LATEST DEVELOPMENT REGARDING KIM & NENE’S FRIENDSHIP?