Home Real Housewives of Atlanta News Is RHOA’s Kenya Moore Getting Her Own Spinoff Show? Plus New PHOTOS of Her Baby Bump!

Is RHOA’s Kenya Moore Getting Her Own Spinoff Show? Plus New PHOTOS of Her Baby Bump! 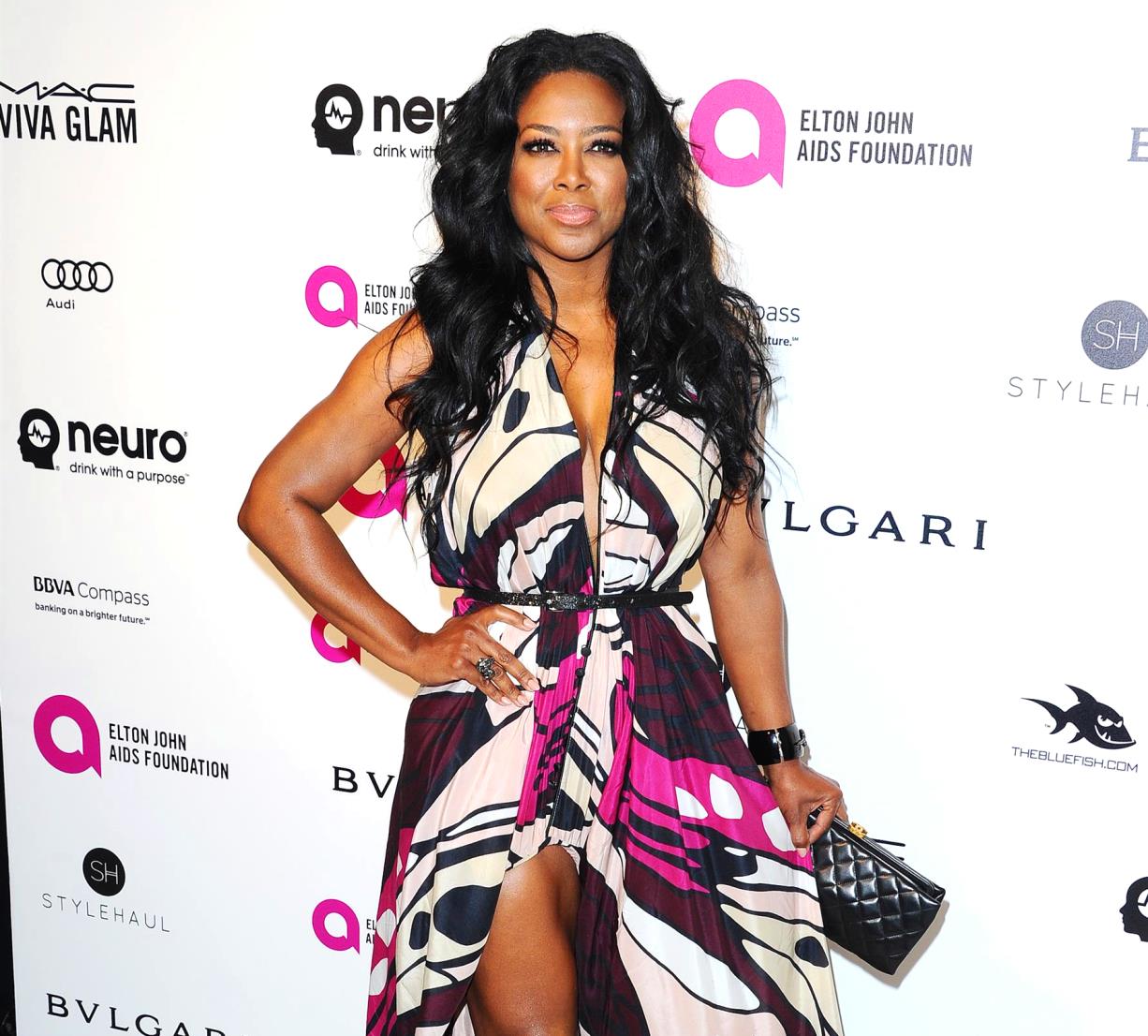 Fans may not have seen the last of Kenya Moore after all.

After Bravo TV reportedly confirmed they would no longer be including the pregnant reality star on the cast of The Real Housewives of Atlanta, a report claims she’s been telling her friends that a spinoff series may be in her future.

“Kenya has offers coming in left and right,” an insider revealed to Radar Online. “She’s looking into doing a pregnancy special and possibly getting her own show afterward.”

Kenya announced her pregnancy earlier this year after marrying husband Marc Daly last June. However, because she was quite secretive about her baby news during the first few months, many believed she was lying about being pregnant in an effort to remain relevant on RHOA.

“Kenya loves hearing all the rumors about her swirling around because they’re proving her point that she’s the true star!” the source said.

Before Bravo TV officially announced that they were looking forward to “telling new authentic stories” during the show’s upcoming 11th season, Kenya hinted on Instagram that a spinoff was in the works.

“Don’t worry #teamtwirl you will get to see #babytwirl and all that I’m experiencing as a new wife and mother-to-be one way or another,” she teased. “You will see my raw truth… the good the bad and the ugly one way or another. Fact# I am good effing TV! Fact# I will be a HW or nothing at all.”

Following Bravo TV’s statement to Radar Online last week, Kenya took to her Instagram page and denied that the network had anything to do with the message released. She then suggested a new contract was in the works. “Unless you hear it from me, it’s fake news! Reviewing my latest offer now,” she wrote.

While Kenya decides on her next move, she did take the time to attend a party at her castmate Kandi Burruss’s home on Sunday night ahead of the premiere of Kandi’s new show – Kandi Koated Nights.

Kandi took to her Instagram Stories to share videos of Kenya who proudly showed off her growing baby bump! Some of those images are below – 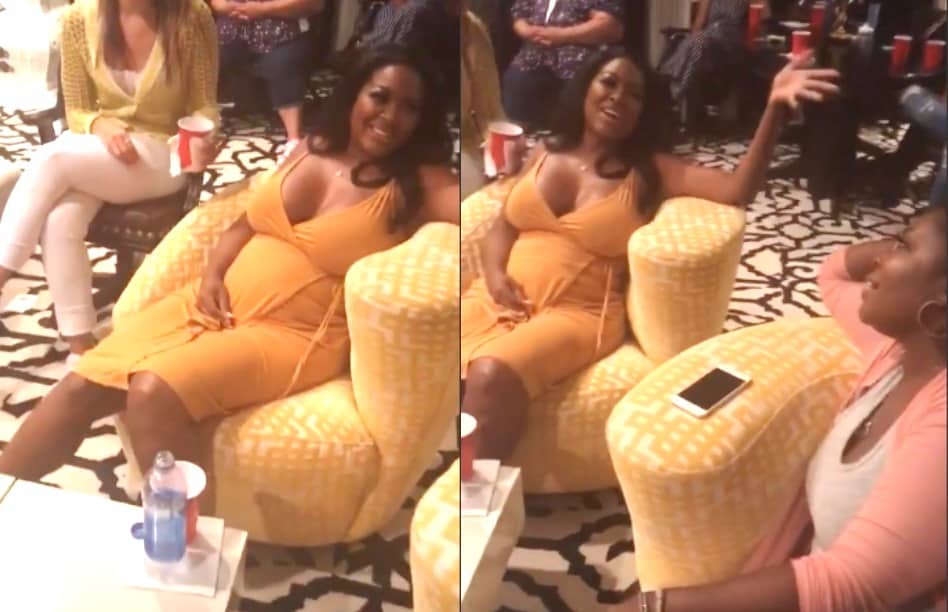 Later on in Kandi’s video, Kenya got up to show off her tummy! 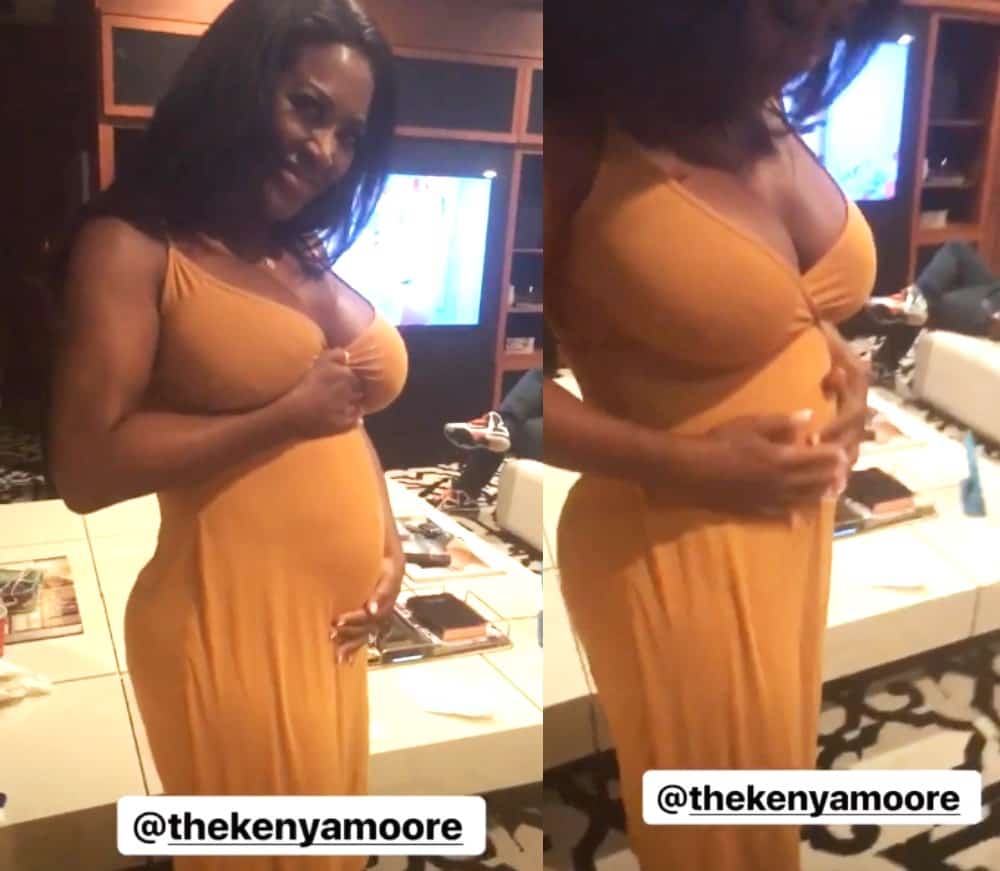 TELL US – WOULD YOU WATCH A KENYA MOORE SPINOFF SHOW?