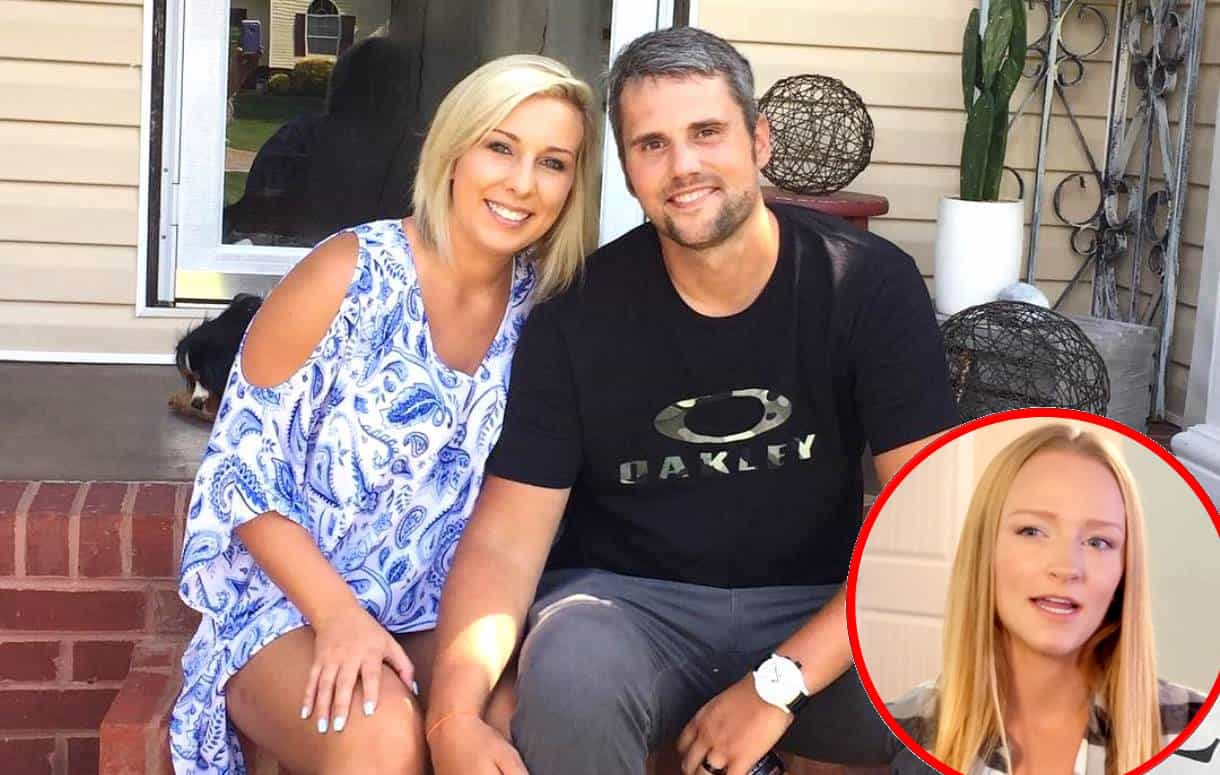 Ryan Edwards and his pregnant wife, Mackenzie Standifer, will not be seen on Teen Mom OG season 8.

On Friday, July 30, Ryan and Mackenzie released statements regarding their sudden exits from the show, revealing that they are being written out of the long-running series after learning that MTV was not open to following Ryan’s life as a recovering addict.

“We’re not returning to Teen Mom this season. The network told us they don’t want to show Ryan as a recovering addict,” Mackenzie explained to E! News. “But they did want to enter a contract with our unborn baby and have the baby film with Ryan’s parents so it would look like someone else is raising it.”

Although some have suspected that Ryan and Mackenzie were replaced by Bristol Palin and her family, who were confirmed as part of season eight earlier this week, the couple said their recent exit from the show was completely unrelated to Bristol’s addition.

“I know they did want five girls to begin with after Farrah [Abraham] left to sort of resemble Teen Mom 2, but they didn’t want to see another recovering addict storyline,” Mackenzie continued. “So they’re writing us out of the show right now and making it seem like we dipped out on our baby, on Bentley and on everyone. And that’s just not the case.”

“They want to want to talk about us but they don’t want to pay us and film us,” Ryan revealed.

While fans have seen the last of Ryan and Mackenzie, Ryan’s parents, Larry Edwards and Jen Edwards, will continue to film the show with the son he shares with Maci Bookout, nine-year-old Bentley.

Mackenzie also shared that in addition to being fired by MTV from Teen Mom OG, she and her unborn child were also cut off from their healthcare.

“The show had been paying for my healthcare and for the baby so they could film the visits and then a week ago they let me know that would no longer be the case,” she explained. “They’re not going to film the birth. We’re not going to be on at all.”

Mackenzie was understandably upset about the news and said that even if MTV ultimately changes their mind about her and Ryan’s storyline being shown, she will not be returning to Teen Mom OG.

On Thursday, another report suggested that Maci had dealt MTV with an ultimatum when it came to Ryan’s role on the show.

“[Maci] basically told production and crew that she wasn’t going to film if Ryan Edwards was filming because she didn’t want his drug struggles to play out on TV anymore,” an insider explained to The Ashley’s Reality Roundup. “She didn’t want Bentley to be able to watch that go down.”

Ryan also took to his Instagram page to accuse MTV of not portraying him accurately on the show. His post is below.

TELL US: DID MTV MAKE THE RIGHT DECISION IN FIRING RYAN & MACKENZIE?