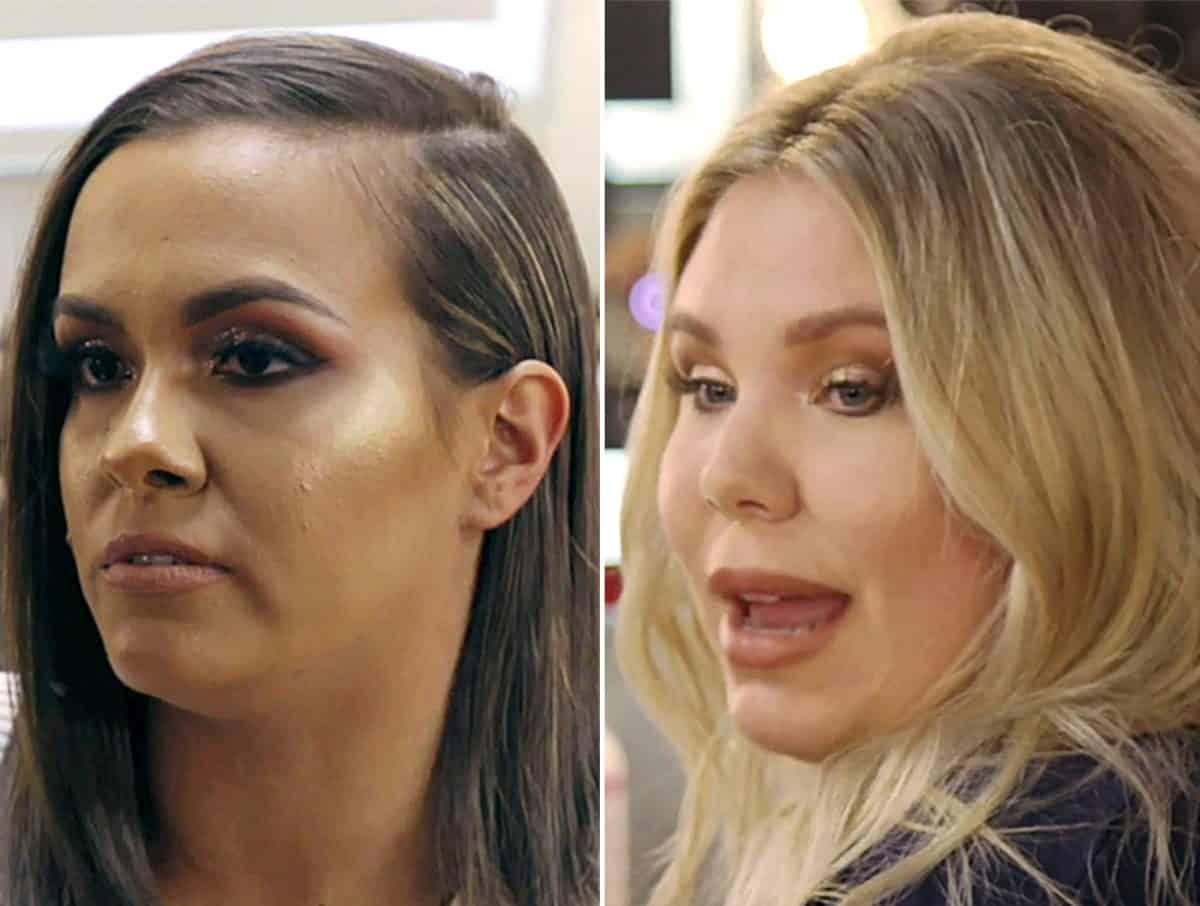 Kailyn Lowry and Briana DeJesus were seen going to war during last night’s Teen Mom 2 reunion special, “Behind The Screams,” and as the episode aired, their drama flooded over onto Twitter.

First, Kailyn blamed the producers for encouraging the fight, and then revealed this is the reason she fired her Teen Mom producer ‘JC.’

Second of all, the producers encouraged me to text briana to meet up prior to that scene with Chelsea. #teenmom2

If y’all really wana know, this whole episode is a huge reason i fired jc. What they didn’t show. #teenmom2

She also implied that she was set up because the producers didn’t honor her request to be seated far away from Briana and her sister Brittany.

I also texted 3 producers on set and said don’t put them behind me on the couch. #teenmom2

Kailyn then took aim at Briana for dragging her kids, past love interests and parents into their drama.

I truthfully can’t remember a time i ever talked about her family. #teenmom2

Early last year, after being brought to the cast of Teen Mom 2 after starring on the short-lived Teen Mom 3, Briana began dating Kailyn’s former husband, Javi Marroquin, and things between the two women quickly became tense.

Even months after Briana and Javi split, her drama with Kailyn remained and the ladies frequently exchanged verbal blows on the show. That said, Kailyn claims it is Briana who crossed the line during their latest dispute.

I wouldn’t talk about her kids.

There’s a difference between talking about the person you have a problem with, and then extending it to their kids and significant others and family. #teenmom2

Defending yourself isn’t talking about my kids or my parents

Although Kailyn claims she never spoke about Briana’s family, Briana told a different story in a series of now-deleted posts on her Twitter page.

“I saw plenty of messages in Javi’s phone of a certain someone talking about me and my family. You can’t point fingers if your hands are just as dirty,” Briana said.

Briana then added that Kailyn should have never been concerned about her past romance with Javi, which came to an abrupt end earlier this year after she traveled to Miami for a mommy makeover. 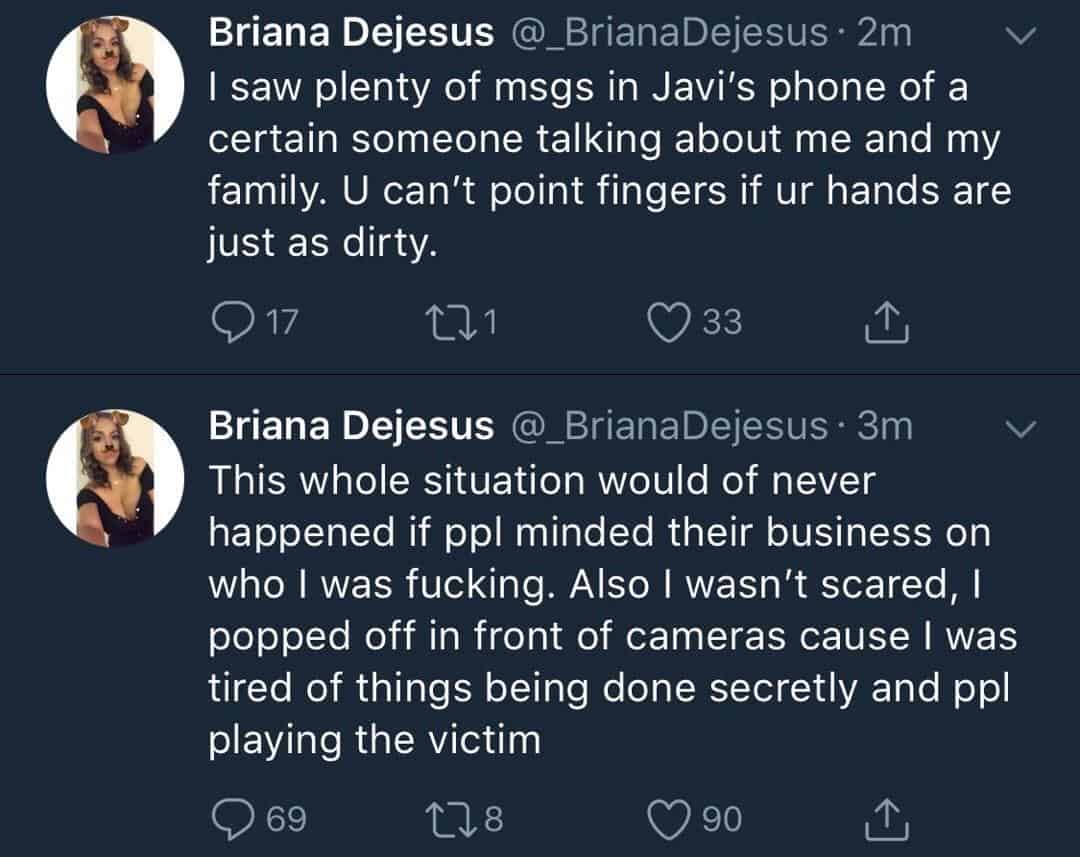 “This whole situation would of never happened if people minded their business on who I was f**king. Also I wasn’t scared, I popped off in front of cameras cause I was tired of things being done secretly and people playing the victim,” she explained.

Briana was accused of being afraid of Kailyn after she was joined on stage by her sister, Brittany DeJesus, who attacked Kailyn from behind and pulled her hair.