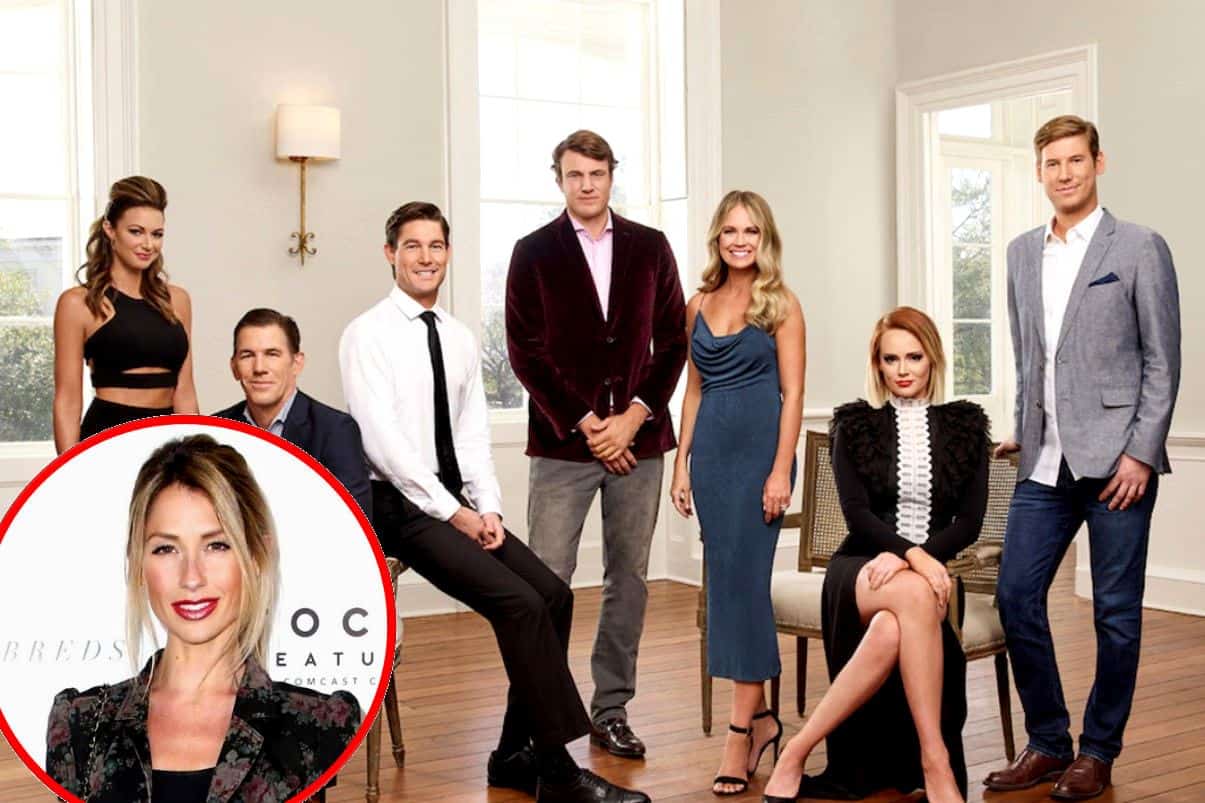 Ashley Jacobs told fans on Instagram last month she was leaving Southern Charm after being presented with a chance to return. Now, weeks later, she’s reportedly had a change of heart.

According to a new report, Ashley filmed scenes for the upcoming sixth season of the Bravo TV reality show on Friday night in Charleston, South Carolina.

Tamara Tattles shared details of the filming session with readers on December 8, revealing that all of the cast was present, aside from Kathryn Dennis and Patricia Altschul, to film scenes at the Limehouse plantation.

“Everyone was there except for Kathryn who was at her brother’s wedding and Patricia. This must have irked Ashley because her whole plan was to come for the two of them,” the outlet explained.

The report went on to reveal that the Southern Charm casts was not happy to see Ashley and weren’t notified in advance about her being there. In fact, they allegedly felt betrayed by their production team and made it clear they wanted nothing to do with Ashley being on the series.

In addition to the Southern Charm cast, Ashley reportedly filmed mostly with Eliza Limehouse, who has been on the show before and whose father is said to be one of Thomas Ravenel‘s closest friends.

As for why Ashley was present, she reportedly wanted to prove to her co-stars that Kathryn had lied when she claimed Ashley would never again be seen on the show. She also spoke to the cast about her past romance with Thomas, confirming that while they have been seen together publicly in recent weeks, they are no longer dating.

Despite Ashley’s filming, sources say there is a possibility her scene might end up on the cutting room floor.

THOMAS SLAMS ASHLEY AND ASKS HER TO GET HELP!

Although Ashley offered a public apology to Kathryn in August after labeling her an “egg donor” on Southern Charm season five, she later slammed her for supposedly faking her sobriety. Meanwhile, Ashley and Patricia have been at odds for months and weeks ago, Patricia took aim at Ashley on Twitter by suggesting she was lying about Bravo TV offering her a role on season six.

Earlier this month, Ashley explained why she was leaving Southern Charm on Instagram.

“I was asked back but eventually declined because what Bravo wanted to compensate me was only a tiny fraction of what everyone else is making,” Ashley explained. “Especially in light of all the hate I have incurred this past year… it was an easy decision for me to walk away. All that drama that comes with reality tv I find unhealthy. I’m just not cut out for reality TV. With that said, I wish everyone on the show well!”