The Real Housewives of Dallas Reunion Recap: The Party’s Over 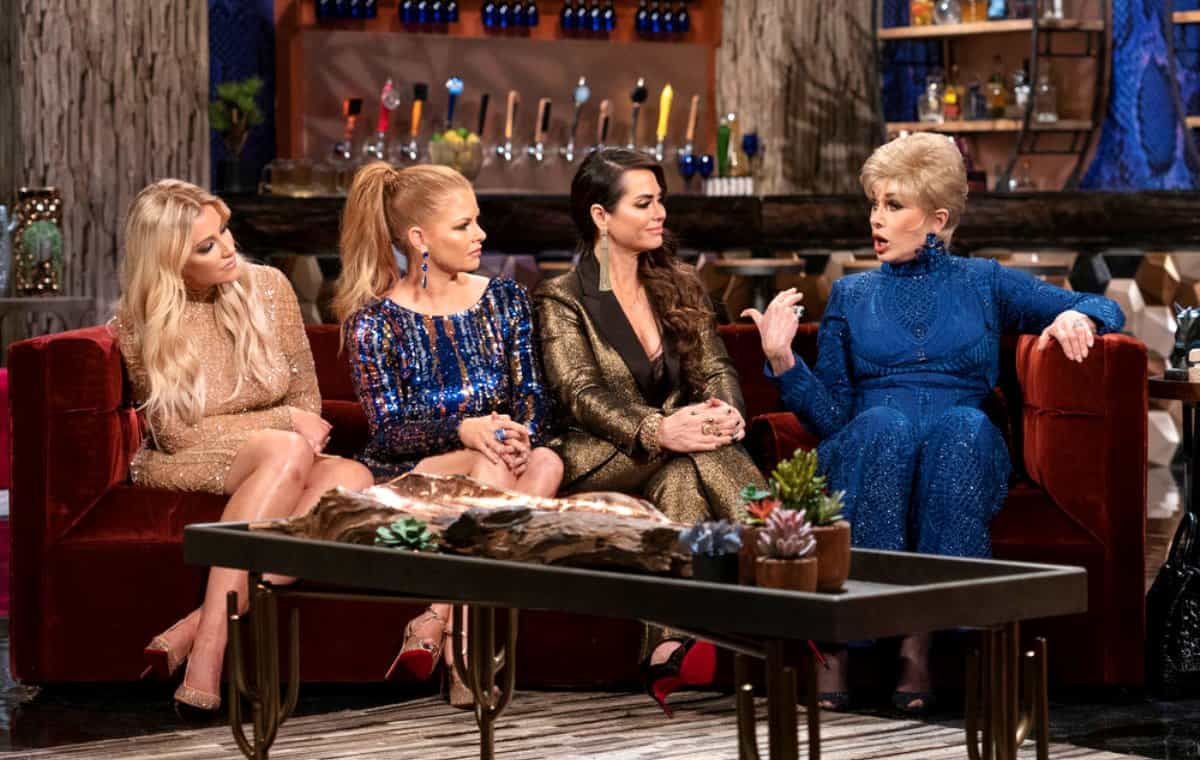 The ladies of The Real Housewives of Dallas took to the couches once more for the final installment of the season three reunion, and as is usually the case with these ladies, things went off the rails pretty quickly, as they discussed the drama from the season, and somehow found new things to get angry about.

It began with them talking about Dallas “society” and who belongs and who doesn’t.  It’s been a running theme throughout the season, and it continued last night.  D’Andra claims that she doesn’t care about that debutante life anymore, but you’d really never know it, because she talks about it constantly.  Last night, she said once again that her life as a Simmons was different from Kameron’s life as a Westcott, despite the fact that both family names carry equal weight.  You see, D’Andra has been a Simmons ever since her mother married her stepfather when she was six, while Kameron married into the Westcott family as an adult, and therefore D’Andra felt that she couldn’t possibly understand the pressure she was truly under.

Kameron took offense to this summation, of course, and was quick to remind D’Andra that it wasn’t as though she was “from the ghetto” and had been raised by a very well to do family in Montecito, California before marrying into the even more well to do Westcott family.  She added that D’Andra’s mother, Dee had married into the Simmons family too, so she should keep her judgments to herself.  The other ladies simply looked on in disgust, particularly Cary, who said that they sounded like the most “superficial b***es” in the world.  She had a point there!

LeeAnne had some high society scoop, though. According to her, D’Andra is the black sheep of the Simmons clan. There are two sides of that family, LeeAnne shared, and D’Andra was on the wrong one.  D’Andra wasn’t trying to hear that, and she dismissed LeeAnne’s insult by reminding her that she had never been a party of Dallas society, and therefore, knew nothing about it.  It was quite possibly the most ridiculous conversation I’ve even heard, and Kameron said that they needed to knock it off, and in fact, she said that she hated the word “society” and said they should stop saying it, altogether.

But they still weren’t finished because D’Andra brought up the fact that Jimmy Westcott, Kameron’s mother-in-law tried to scold her for being out drinking with Brandi, and accused Kameron of being the Westcott puppet.  She further pointed out that the older woman even told Kameron who her friends could be, and recalled that Kameron had actually cut all ties with one of her girlfriends after learning that Jimmy didn’t approve of her.  Kameron said that she was just following her mother-in-law’s advice and that she had a lot of respect for her, but added that she did not run her life, unlike the way that Dee ran D’Andra’s life.

The ladies moved on to discuss the trip to Denmark, and the assorted dramas they brought across the pond.  Cary had hoped taking the trip to her father’s home land would lead her to have a stronger relationship between them, but she revealed last night that it sadly wasn’t to be.  She said while they’d taken two steps forward after the trip, they’d taken two steps back after he’d gotten a load of her naked hot tub soaking in Beaver Creek, and that they went months without speaking to each other.

Then it was on to the question of the hour: how could Brandi be angry with LeeAnne for taking video of the ladies frolicking naked in the Baltic Sea when there was an entire camera crew with cameras pointing at her? And conversely, how could LeeAnne justify taking the video by saying she wanted to save the moment for posterity when there was an entire camera crew doing just that?

Well, Brandi said that she simply didn’t trust LeeAnne’s intentions with the video and feared they were malicious. She added that, at least she knew the Bravo camera crew would be careful to blur out certain parts of their bodies, while LeeAnne may not.  As for taking the video, LeeAnne said that it was likely the one and only time they’d be in the Baltic Sea, and she wanted them all to see their faces when they hit that cold water.  She added that she really hadn’t thought it would upset anyone and said maybe it had been a stupid thing to do, but she hadn’t had any malicious intentions.

And of course, they couldn’t discuss Denmark without discussing “phone gate.” Did Brandi really steal LeeAnne’s phone? Or did she “find” it in the hotel lobby like she said.  And furthermore, did she take a peek at it to make sure that LeeAnne had really deleted the video? Brandi is sticking to her story.  She said the phone was found, and that she immediately took it to LeeAnne’s room and gave it to her.  She added that she never did look at the phone because it had facial recognition software, and that would have been impossible.  However, she did call Kameron out for supposedly lying.  She said that during the time she had the phone it never went off, which means that Kameron couldn’t have called LeeAnne’s phone over and over again as she had claimed.  LeeAnne still wasn’t sure what to believe, but she also admitted that she didn’t try to clone Brandi’s phone as she’d claimed.

Finally, it was time to bring on D’Andra’s mom, Mama Dee, who had some down home advice for her daughter and her former bestie. She said that D’Andra and LeeAnne had left behind diamonds to go looking for stones when they gave up their friendship. She said that she loved them both and wanted to see them be best friends again. But it really doesn’t look all that promising, if you ask me.  These ladies were friends for ever, but they’ve been pretty awful to each other this season, and both said some things that will be hard to take back.

First, there were LeeAnne’s comments about D’Andra only having $200 in her bank account, which, of course, D’Andra said was utter nonsense.  But LeeAnne defended her statement by saying that she was simply worried about D’Andra’s spending. She said that she knew D’Andra shouldn’t have been spending the money she was while out drinking and shopping with Brandi, and she had genuinely been trying to help.

D’Andra was also still sore over LeeAnne’s comments about her being an alcoholic, but LeeAnne quickly and accurately dispelled the myth that she’d called D’Andra an alcoholic.  They went to the tape, and as it turned out, the word alcoholic never came out of her mouth, she said she was worried about her drinking, and mentioned that Brandi only seemed to like to do one thing with D’Andra: drink, but she never said she had a problem. But it turns out substance abuse is a touchy subject for DAndra.  She revealed that she suffered from a cocaine addiction in her 20s, but that she’d luckily gone to rehab and gotten clean when she was 29, and never touched the stuff again.

So LeeAnne was kind of mean, right? But D’Andra wasn’t blameless. She pushed LeeAnne’s buttons about her relationship with Rich constantly, and even implied that he was cheating.  It hurt LeeAnne, but D’Andra claimed she had plenty of proof.  In fact, she said that two of Rich’s ex-wives had sought her out and told her that she should save her friend from marrying him.  LeeAnne still wasn’t buying it, and said that she and Rich were quite happy, thank you very much.

There’s really no telling where the ladies go from here, but with season 3 behind them, Andy wanted to know one thing: if they could each have a do over, what would they well–do over?

Stephanie said she would be more assertive, in general, and not wait so long to say how she felt. Cary on the other hand felt she’d been a little too honest this season. Kameron said she was going to stop asking so many questions and learn to let things go while Brandi said she regretted calling her a liar. D’Andra vowed to be kinder and gentler and LeeAnne threw a little shade at Mama Dee in the process, saying she wishes she could have been there for D’Andra throughout the season so she could protect her from certain things her mother, Dee, was saying to her! Alrighty! 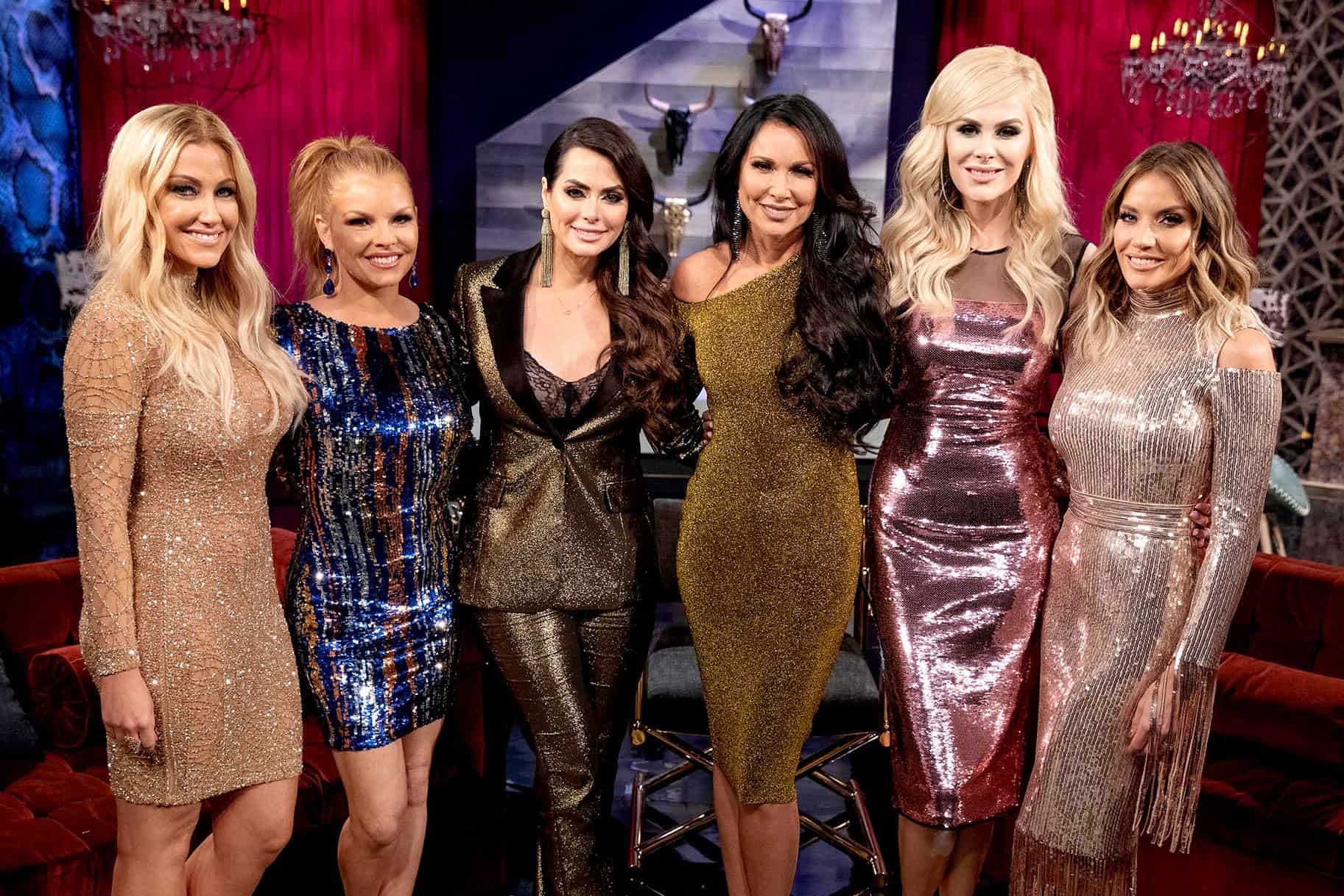 The Real Housewives of Dallas Cast at Season 3 Reunion

TELL US – THOUGHTS ON THE RHOD SEASON 3 AND REUNION?