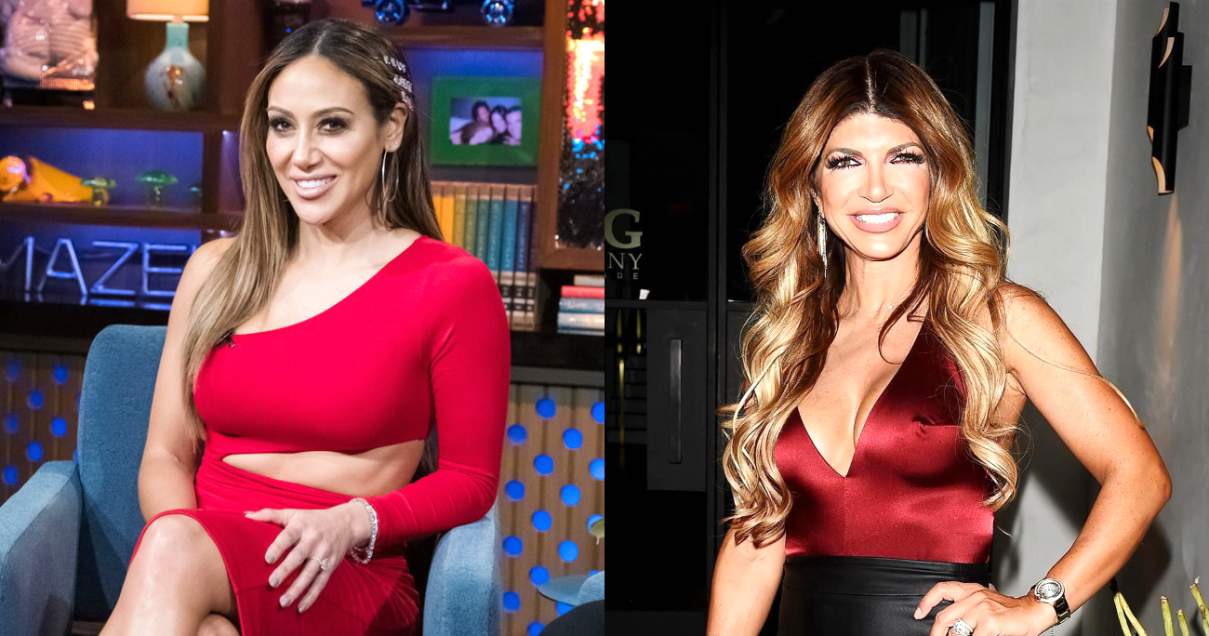 Melissa Gorga and Teresa Giudice went head to head during the Real Housewives of New Jersey reunion but where do they stand today?

During a new interview, Melissa addressed Teresa’s seemingly unprovoked attack and revealed if they’ve been able to reconcile their relationship in the weeks since filming took place.

According to Melissa, she was taken aback by Teresa’s behavior at the reunion. And while she understands why Teresa would be peeved by her defending Jackie Goldschneider, who Teresa is not a fan of, she slammed her sister-in-law for having double standards.

“Teresa defends Danielle [Staub] on everything she does,” Melissa admitted to The Daily Dish‘s podcast. “Teresa defended Jennifer [Aydin] when she threatened me and broke a glass in front of my face. So if I defend and try to explain what Jackie meant by something she was saying, I’m going to do that. I am no longer going to sit back and be like, ‘OK, well I don’t want to insult nobody.’ I’m going to speak my truth.”

“I didn’t see Teresa screaming at Jennifer saying, ‘Don’t threaten my sister-in-law.’ She didn’t do that. So I’m just sick of the double standards and I’m just not here for it anymore,” she added.

Although Melissa is putting her foot down on certain issues, she did say that she and Teresa are “fine” after going through a couple of days without speaking.

“I was a little insulted,” she explained. “I’m like, we’re family, man; if you had something going on and you wanted to talk about it, why did you wait until we sat right on the couch next to Andy? We’ve come so far, like, don’t sucker-punch me. I didn’t like that.”

Melissa also addressed Teresa’s decision to stay in the United States in the event that Joe Giudice’s appeal to stop his deportation to Italy is denied. According to Melissa, she wasn’t surprised by Teresa’s choice.

“I don’t think I was that surprised,” Melissa said. “I personally didn’t see her picking up and moving to Italy. I didn’t think she was gonna do that. It’s gonna be a very difficult situation. Those two haven’t lived together in a long time, so it’s a lot to just bring back easily.”

The third part of the Real Housewives of New Jersey reunion airs next Wednesday at 9 p.m. on Bravo TV.