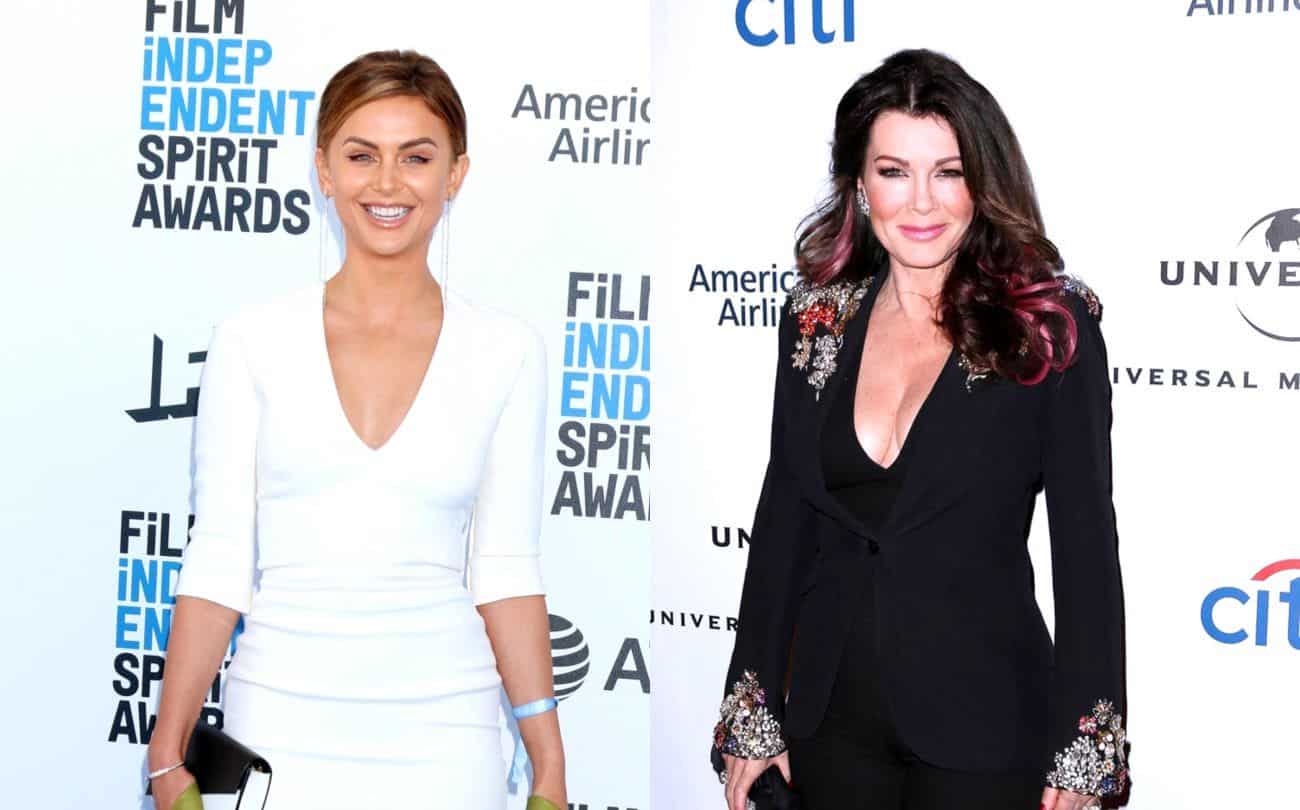 Lala Kent is revealing new details about The Real Housewives of Beverly Hills Puppy Gate drama, that she feels proves Lisa Vanderpump did not leak a story about Dorit Kemsley to the media amid filming on season nine.

Also below, check out the just released video of the RHOBH midseason trailer which features a fight between Denise Richards and Camille Grammer.

During a recent interview with Heather McDonald on the comedian’s podcast series, The Juicy Scoop, the Vanderpump Rules cast member, who confirmed she is an “avid watcher” of the show, revealed how she knows Lisa wasn’t behind the controversial article.

“I was having dinner with Ken and John Sessa the night that this all went down in The Bahamas. And [Lisa] called John and was very upset. She did not want this getting out,” Lala explained to Heather on the April 16 episode of the podcast. “It was something she was trying very hard to protect Dorit with.”

If you recall, it was during a cast dinner in The Bahamas that Lisa was first confronted by her co-stars, including Lisa Rinna, over her involvement in Puppy Gate. Rinna accused Lisa of wanting the story out, stating that if Lisa really wanted to keep it under wraps, she could have stopped her employees from talking about the issue of a dog Dorit adopted from Vanderpump Dogs ending up at a shelter.

According to Lala, she doesn’t understand why Dorit didn’t return the dog to her co-star if it wasn’t working out.

“There is no gray area. It’s black or white. If the dog doesn’t work out, you’ve signed a contract to call Lisa Vanderpump and take the dog back. Period,” she said. “I don’t care about any of the stories, the he said, she said… You did this all to yourself. To a kill shelter!”

“This could have been so easily avoided. Pick up the damn phone. I know you don’t want to drop the $5k on the contract you signed but like, pull it together man. That’s just how I feel,” Lala added.

As a friend and employee of Lisa, Lala said she felt terrible as she watched Lisa face harsh accusations from her co-stars, all while attempting to cope with the sudden loss of her brother, Mark Vanderpump, who lost his life due to an overdose last spring.

“I felt for [Lisa] so much because I knew that she was suffering a loss that I can’t even fathom. For her to be going through the death of her brother and also having to sit here and try to talk sense into people where it’s like, ‘This dog we saved and then you just have some random person pick it up and it ends up at a kill shelter.’ Like, that’s a problem,” Lala said.

As for who could have leaked the story, Lala said there were “many people” who knew about the incident involving Dorit and the dog and could have been responsible.

In more RHOBH news, the Bravo network has just released the dramatic midseason trailer which shows Camille and Denise getting into it. Lisa is not shown in any of the clips with the other women with the exception of Denise. The video trailer is below!

RHOBH Live Viewing – This is also the live viewing thread for tonight’s new episode, so feel free to comment and chat below as the episode airs at 9/8c tonight on Bravo TV!  There had been some uncertainty on whether a new episode would air tonight but Andy Cohen confirmed on Twitter earlier today that it will.

She appears on tonight’s #RHOBH ! https://t.co/cNA6lE4Wqo