Home Real Housewives of Beverly Hills News Lisa Vanderpump Calls Out Kyle Richards for Insinuating She Has Shady ‘Business Dealings’ With PK, Plus Was Lisa Cut From Upcoming RHOBH Episode?

Lisa Vanderpump Calls Out Kyle Richards for Insinuating She Has Shady ‘Business Dealings’ With PK, Plus Was Lisa Cut From Upcoming RHOBH Episode?

by Sola Delano May 5, 2019 529 comments
ShareTweetWhatsappPinterestRedditTumblrMailFlipboard 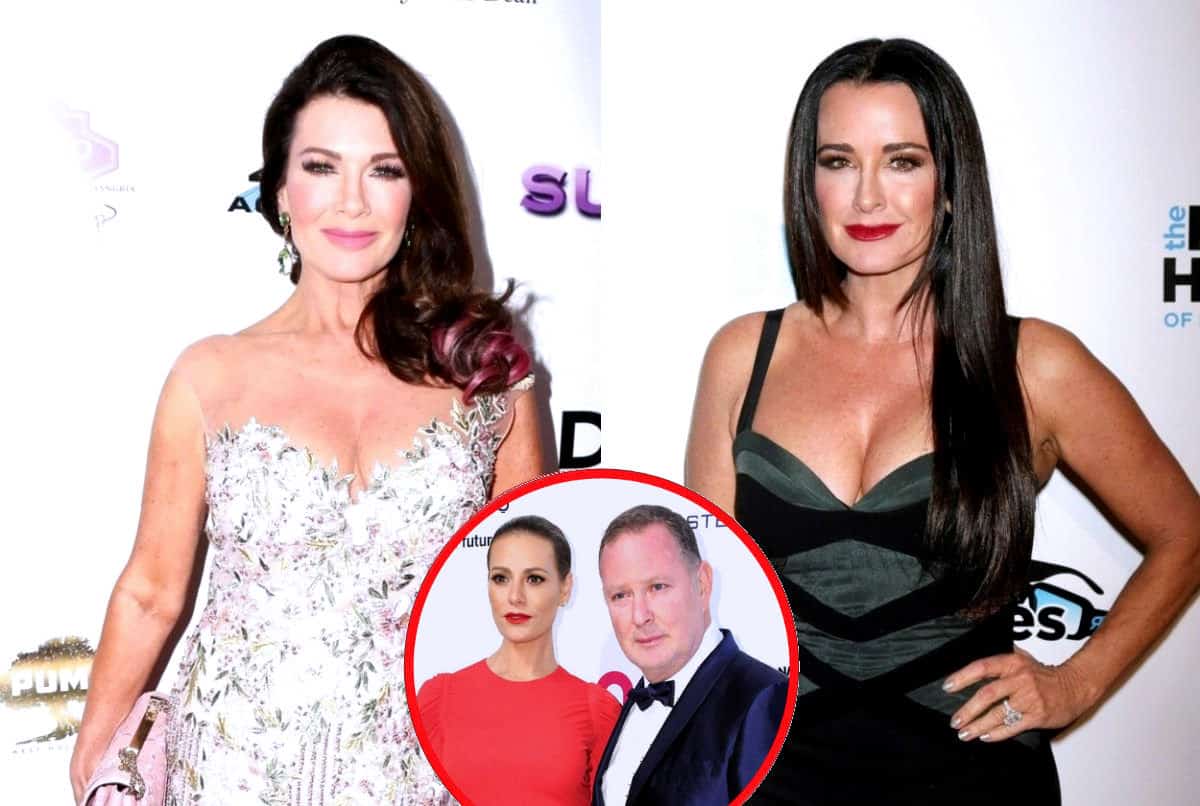 The doggy drama might have ended on this season of the Real Housewives of Beverly Hills, but some new tweets show there is still lingering tension between Lisa Vanderpump and Kyle Richards. Also below, find out if Lisa will be appearing at all on the next episode of the Bravo series.

The latest in this ongoing feud is that Lisa is now firing back at Kyle after she insinuated on the latest episode of the RHOBH that Lisa wanted to make up with Dorit Kemsley and Paul ‘PK’ Kemsley because they might have business dealings together or secrets on each other.

If you recall, following the accusation from Kyle, Dorit, and other cast members that Lisa was the one who leaked a negative story about a dog Dorit adopted ending up at a shelter to the press, Lisa and her husband, Ken Todd, met up with her longtime friend PK, and his wife Dorit, to see if they could fix their relationship. Upon hearing about this meet up, Kyle voiced her suspicions.

“PK adores Dorit. But it feels like with this Lisa and Ken vs Dorit situation, he’s kind of playing both sides of the fence,” said Kyle. “I don’t know if it’s business relationships they’re protecting with PK, or that maybe they have secrets on each other because they’re all from London. Just something I could never put my finger on.”

Lisa took to Twitter yesterday to voice her displeasure with Kyle’s insinuations.

“How disgusting to insinuate shady business dealings between PK and us? Enough!” tweeted Lisa on May 4. “We were only ever social friends in a large London based group. I am well aware of many dealings, that others are quiet about. Ssshhhh..” 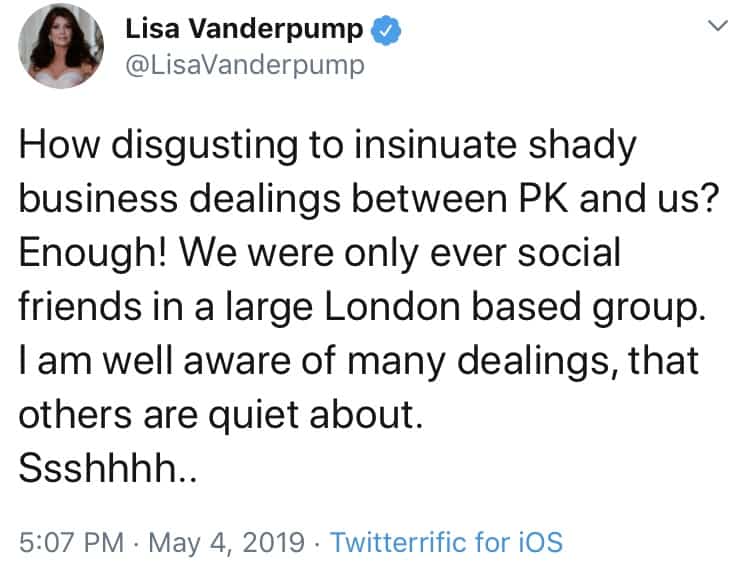 It’s unknown what Lisa is insinuating in the later part of her tweet, but as many are aware, Kyle’s husband, Mauricio Umansky, is currently facing a lawsuit from a former real estate client over allegations that he acted unethically during the sale of a $32 million home. Mauricio has denied any wrongdoing in that ongoing lawsuit.

In other news, following the fallout from Puppy Gate, Lisa stopped filming scenes with most of her RHOBH castmates and it appears she will not be featured on the upcoming episode of the Bravo show, which will show the women going camping.

When asked if she would be appearing on Tuesday’s episode of the series, Lisa responded: “No i am on the editing floor….”

No i am on the editing floor….

The next episode of the RHOBH airs Tuesday night at 9/8c.