by Lindsay Cronin May 14, 2019 14 comments
ShareTweetWhatsappPinterestRedditTumblrMailFlipboard 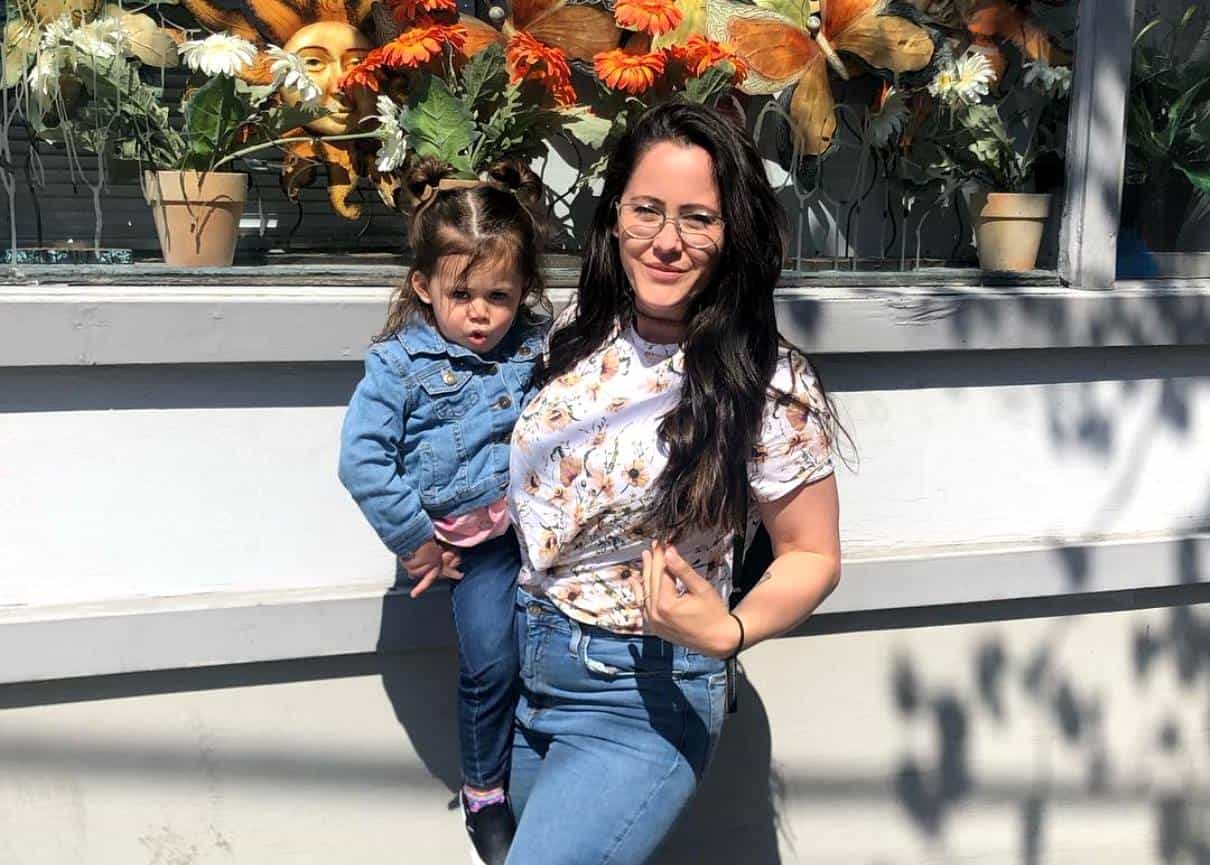 Jenelle Evans is reportedly in jeopardy of losing custody of her two-year-old daughter, Ensley, following her husband David Eason‘s killing of one of their family pets.

As the fired Teen Mom 2 star fights to get her four-year-old son Kaiser back after he was taken by Child Protective Services (CPS) at the end of last week, a new report claims she’s been forced into taking Ensley out of the home she and David share.

On May 13, The Blast revealed that Jenelle has been warned that if she doesn’t leave her home with her daughter, CPS could intervene and take Ensley from her.

“[Jenelle] has been advised by officials to keep 2-year-old daughter Ensley at a friend’s house and away from the home she shares with husband, David Eason,” the outlet wrote.

As for Jenelle’s other children, CPS enlisted Kaiser’s grandmother, Doris Davidson, to pick up the child from school last Friday and Jace has been with Jenelle’s mom, Barbara Evans, ever since David beat and killed their dog, Nugget. Meanwhile, David’s oldest child, Maryssa, is still at home with her father.

While Jenelle has reportedly agreed to move Ensley away from home as the investigation into her husband’s behavior continues, it’s currently unknown if the axed Teen Mom 2 star, who was booted from the series after Nugget’s death, has actually taken that action.

In more Jenelle news, another report reveals that she is doing what she can to get her family back under one roof.

“I’ve been fighting to get my son back,” Jenelle told Us Weekly on May 13. “Kaiser was taken away Friday without my consent, before Mother’s Day, and I have been in touch with my lawyer pertaining this matter.”

Kaiser was taken from Jenelle days after her ex-boyfriend, Nathan Griffith, called police after hearing about Nugget’s death.

According to Jenelle, Doris picked up Kaiser from his daycare without Jenelle’s consent and at this time, Jenelle says she has “no legal paperwork signed by the judge stating my kids are taken from me.” That said, she has been in contact with Nathan and later this month, the two will appear in court to address their custody situation.

As for Jenelle’s relationship with David, she said their marriage is currently going through a “healing process.”

“We are going to start going to marriage counseling because he feels as if we both need it,” Jenelle revealed. “I completely agree. Not considering divorce unless he refuses counseling with me.”

Jenelle also spoke of her mother’s decision to keep Jace from her after Nugget’s death by suggesting she was doing so not for the boy’s safety, but out of retaliation against her for allowing MTV to fire her from Teen Mom 2.