by Lindsay Cronin May 21, 2019 12 comments
ShareTweetWhatsappPinterestRedditTumblrMailFlipboard 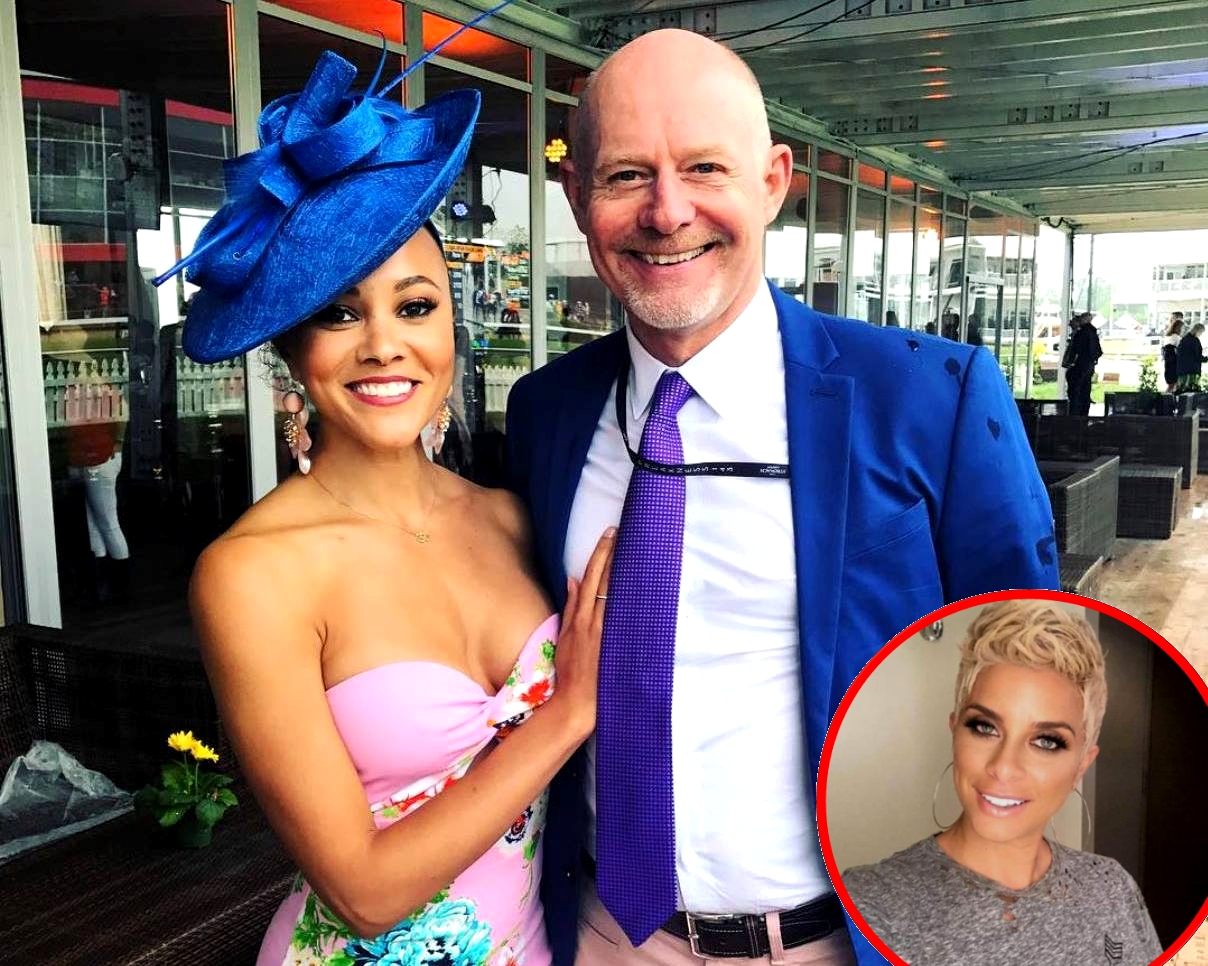 Ashley Darby threw a party during Sunday’s episode of The Real Housewives of Potomac and during the bash, Robyn Dixon made a shocking claim against her husband, Michael Darby.

Prior to watching Robyn suggest she heard Michael say, “Yeah, I would suck his d**k,” Ashley spoke out about the drama that was to come and admitted that Michael is often a “target” for her co-stars due to his opinionated demeanor.

“When I hear that Robyn is going to talk about what Michael supposedly said about wanting to suck someone’s d**k, the issue there is that there’s a discrepancy in relation to what Chris [Bassett] heard, what Candiace [Dillard Bassett] heard, and what Robyn heard. So three people who were supposedly [there] at the same time to hear the same thing heard different things,” Ashley explained to The Daily Dish. “And allegedly, the conversation was had with Chris, who heard something completely different than what Robyn is saying Michael said.”

According to Ashley, Robyn likely misconstrued what Michael said because she and their co-star, Candiace Dillard, had been drinking throughout the night. Meanwhile, Ashley hardy drank at all.

“I really did try to contain myself and everyone else went ham. So I was pretty sober, and I thought, ‘I have a pretty good recollection as to what’s happening and what everyone said.’ So that really caught me off-guard because I was there, and if I didn’t hear that and I was more sober than you, who should I really trust: my own ears or your limoncello ears?” she wondered.

Throughout their time on the RHOP, Ashley and Michael have been faced with many rumors suggesting Michael is either gay or bisexual but at this point in time, Ashley, who is expecting her first child with Michael, isn’t too fazed by the ongoing reports.

“Michael is a very opinionated person, and that rubs people the wrong way sometimes. So because he’s so opinionated and has such a voice, I feel that does make him a little bit of a target for some of the ladies and some of the fans,” she said. “His sexuality has never been in question for me, but more so the fact that people can take such liberties in creating stories about his sexuality.”

While Michael did joke about grabbing Ray Huger‘s butt at Candiace’s wedding, Ashley said he did so in an effort to poke fun at a moment during season one which featured the couple at a party thrown by Charrisse Jackson Jordan and at his alleged “d**k pic.”

“Michael’s very comfortable with his sexuality. If Michael were bisexual or were interested in men — he’s almost 60 years old — he would come clean and admit it. There’s really no reason for him to hide it,” Ashley added. “And we are so open about our lives that it would be impossible to hide it at this point because someone would come forward with an actual picture of my husband if it were true.”