Vanderpump Rules’ James Kennedy and Raquel Leviss Share Shocking Update on Their Relationship With Lala Kent! Plus Raquel Dishes on Working at SUR

by Lindsay Cronin May 26, 2019 73 comments
ShareTweetWhatsappPinterestRedditTumblrMailFlipboard 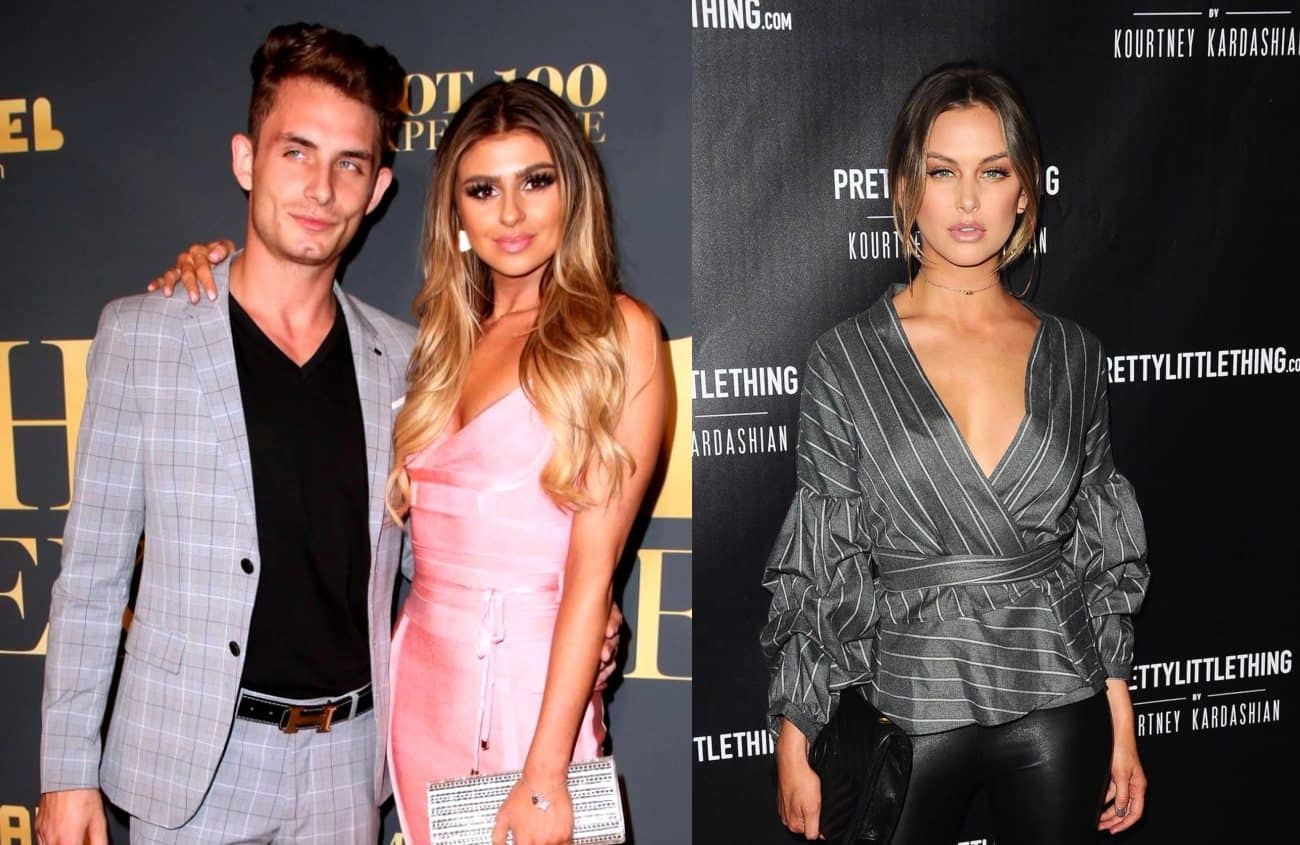 James Kennedy and Lala Kent went to war during the seventh season of Vanderpump Rules but where do they stand today?

During an interview at World Dog Day in West Hollywood last weekend, James addressed his current relationship with Lala and offered up some surprising information about the two of them.

“Lala’s reached out. We’re chatting, we’re texting and hopefully gonna meet up for lunch maybe this coming week and catch up a little bit in person,” James revealed to TooFab.

Although Lala recently made headlines by discontinuing the “James” shade from her Give Them Lala Beauty collection, James confirmed they are not only talking, but on good terms.

In addition to reaching out to James, Lala also made contact with James’ girlfriend, Raquel Leviss.

“She reached out to me too,” Raquel said.

According to Raquel, who Lala labeled a “Bambi-eyed b***h” during a verbal dispute at SUR Restaurant months ago, she is happy to see that Lala is ready to make amends for her past behavior and move forward to a more positive place.

“It’s nice to see someone kind of like reflect on their actions and realize that everything that they said might not have been correct. So it’s a good turn,” Raquel added.

As fans may have seen Raquel recently nabbed a waitressing gig at SUR Restaurant and as she and her co-stars begin production on Vanderpump Rules season eight, she’s been enjoying her time at the venue.

“My co-workers that I’ve worked with at SUR are very, very nice and easy to get along with,” she said.

As for James, he was asked about his possible return to SUR Restaurant during the interview and said he had not been re-hired as the lounge DJ. That said, he confirmed his relationship with Lisa Vanderpump is “pretty good” and said they speak to one another regularly.