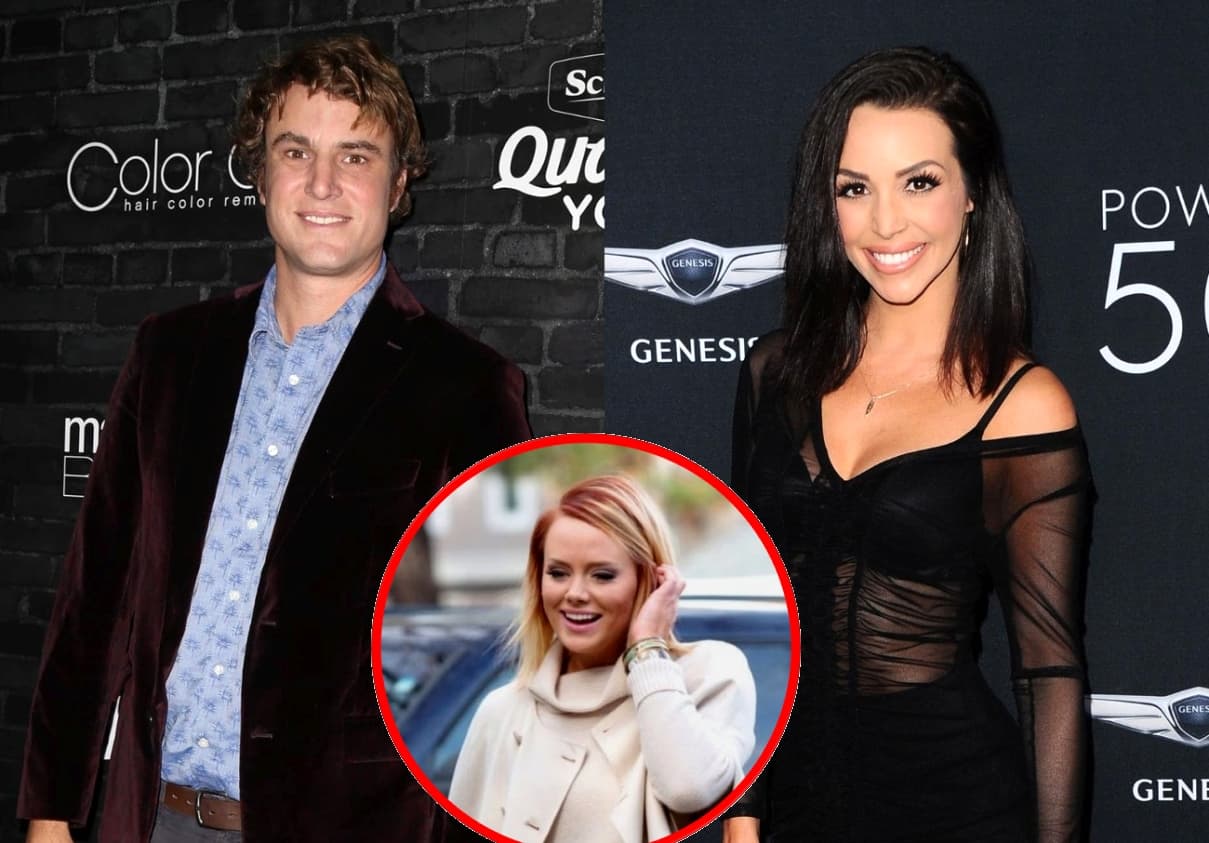 During a new interview, Shep spoke out about the possibility of sparking a relationship with Scheana after admitting that his fellow Bravolebrity requested he dance with her during Jax Taylor and Brittany Cartwright’s upcoming wedding. The wedding is set to take place at The Kentucky Castle in Versailles, Kentucky later this month.

“I need a date! I don’t think I got a plus one,” Shep explained to PEOPLE Now. “Scheana texted me the other day, she’s like, ‘Save me a dance at Jax’s wedding!’ I was like, ‘Okay.’”

Although Shep confirmed plans to dance with Scheana at her co-stars’ nuptials, he played coy when it came to discussing what may happen afterward.

Shep first discussed the possibility of a romance with Scheana while appearing alongside Jax during an episode of Watch What Happens Live in May.

“I did her podcast in L.A. and I texted Jax like, ‘Oh, I’m gonna do Scheana’s podcast, because I’m a nice person,’” Shep recalled. “And he goes, ‘You bastard.’ You were really pissed! [But] I’d have to watch season 4 first, I don’t know enough. Should I date her?”

As for his own relationship status, Shep, who admitted to several hookups with Kathryn Dennis in 2018, confirmed he is currently single.

“I always am looking. I’m not against the theory [of a monogamous relationship],” he said. “There’s nobody in Charleston currently that rings my bell, so I’m traveling around the world scouring.”

Also during his interview, Shep opened up about Kathryn suffering from a breakdown off-camera.

“I was very worried about her,” he shared. “I was like, ‘Let’s go out to breakfast tomorrow, and I want you to tell me everything, and… so I can understand.’ And we did, and I’m glad we did that.”

As Shep explained, Kathryn doesn’t reach out to many of her co-stars, except for Danni Baird, who he described as a “rock-solid” friend to Kathryn. Because he knows she can be closed off, he is very protective of her.

“I put her at ease ’cause I turn everything into a joke and she likes to laugh, so I might not be the best shoulder to cry on, but I’m like Patch Adams, or someone, you know?” Shep noted. “Laughter is the best medicine, you know?”