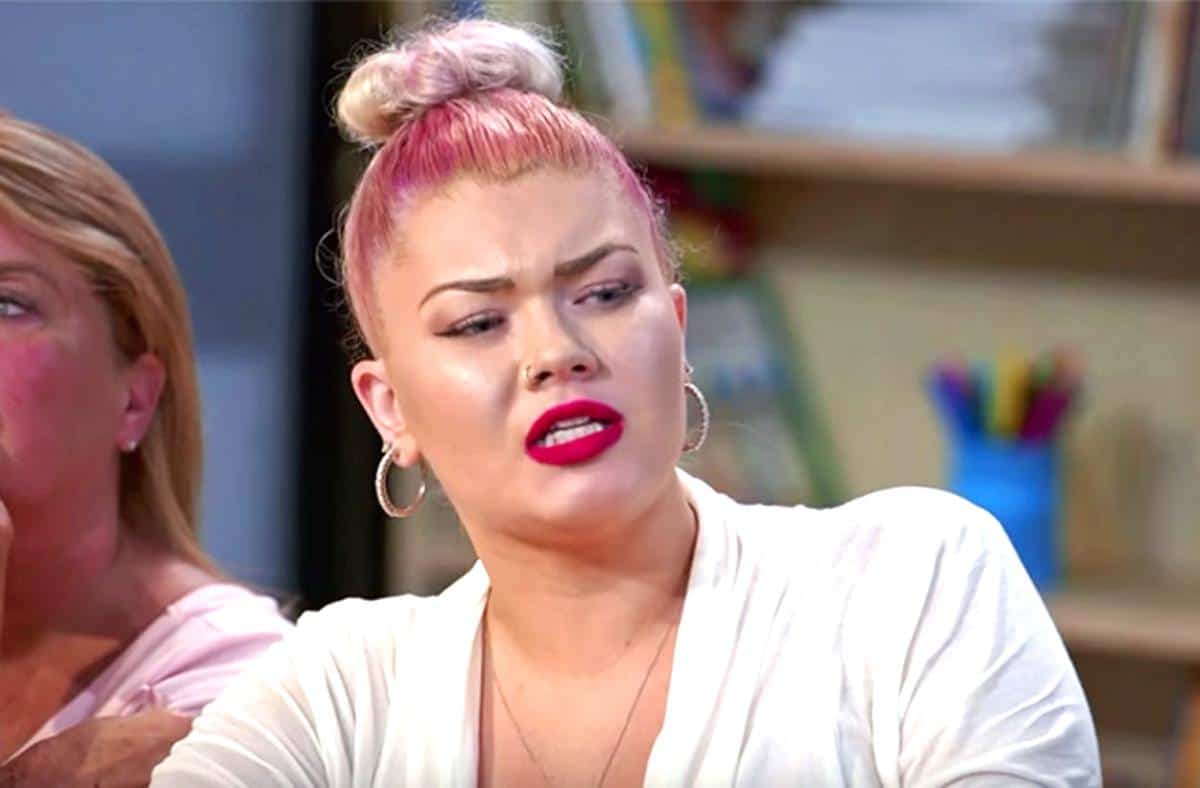 Amber Portwood‘s role on Teen Mom OG is reportedly in jeopardy after her controversial arrest earlier this month.

According to a new report, the mother of two could lose her role on the show after allegedly threatening her boyfriend, Andrew Glennon, with a machete during a dispute after the Fourth of July. This happened while Andrew was holding their young son, 13-month-old James.

On July 15, TMZ shared a report suggesting that if Amber is convicted of the pending felony charges against her, which include domestic battery, criminal recklessness with a deadly weapon, and domestic battery in the presence of a child, there is a huge chance she’ll be fired by MTV. In fact, she’s already on thin ice with the network.

According to the report, the use of the machete and the allegations claiming Amber hit a door with Andrew and their son on the other side have MTV concerned about continuing to work with her. After all, if she endangered her child by using a deadly weapon, she could do so again. If she does, the network doesn’t want to deal with the fallout that would surely ensue.

For now, though, they’re allowing the legal process to run its course.

As fans of Teen Mom OG will recall, Amber was arrested in the early morning hours of July 5 after a dispute with Andrew at their Indiana home. Then, just days after the incident took place, Andrew went to court and filed for an emergency hearing in hopes of gaining sole custody of James.

Amber, who admitted to experiencing suicidal thoughts after James’ birth in 2018, is due in court later this month.