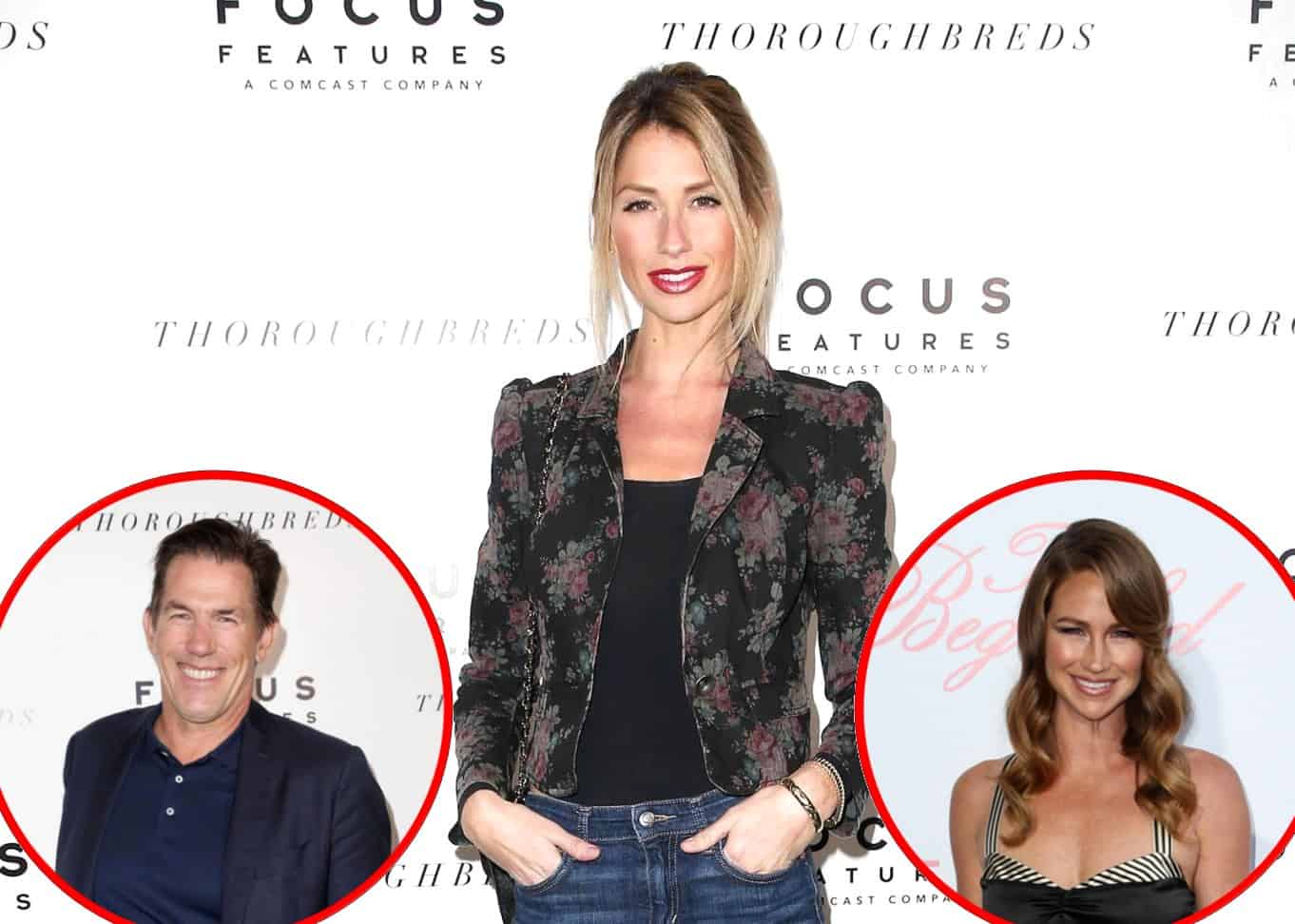 Ashley Jacobs is looking back on her time with Thomas Ravenel in Charleston, South Carolina, and her time on Southern Charm.

After admitting that things were “tough” with Thomas and further challenged by her drama with Kathryn Dennis, Ashley opened up about what it was that initially attracted her to Thomas, who she now looks at as more of a father figure than anything. She also addressed her friendship with former cast member Landon Clements.

“I’d [be lying] if I didn’t say that there was some element of it that was fascinating. I was intrigued, it was different,” Ashley told Entertainment Tonight of Thomas’ role on Southern Charm. “He has a different life, and I was interested, and I was curious, you know? Makes good stories. Not a lot of people can say that they’ve done that in their life.”

According to Ashley, she was planning to move to Las Vegas before her relationship with Thomas began, but she ultimately decided to give their romance a shot. After all, he was a lot like her, and they quickly bonded over their love of taking risks.

“We like skydiving and jumping in with sharks, and bungee jumping — you name it!” she shared.

“I followed my heart. It was a role the dice. I thought, you know what? What do I have to lose?” she continued of her decision to move from her home in Santa Barbara, California.

Unfortunately, things with Thomas quickly became stressful as she continuously battled Kathryn, the mother of his two kids.

“It was dark, and it was really lonely and, yeah, I was really lonely,” Ashley admitted. “I lost a lot of weight. I wasn’t taking care of myself mentally … I suffered from depression, situational depression. I didn’t have the support of my family. They were very disappointed in my decision, and so the only person I had was Thomas. He was my support system, we were really in the trenches together.”

While fans initially believed Ashley split from Thomas last summer, she revealed to ET that they were actually together until February, when she moved back home. That said, they’ve been in touch ever since.

“[Thomas] was my best friend and my support, [but] I realized that I needed to find some new friends,” Ashley said. “We both agreed that the best thing for me to do was to go back home. He was the first one to say it. We still talk of course.”

Towards the end of Ashley’s relationship with Thomas, he began facing allegations of sexual assault. Understandably, the claims against him took a toll on her.

“It concerned everyone that was close to me,” she explained. “That was really difficult. That’s not normal.”

As for her friendship with Landon, Ashley said things were never weird between them because Landon never hooked up with Thomas, as many suggested.

“Although we didn’t film together there’s the support that I have… She did have some insight, and that’s why we connected,” she notes. “But she’s also a really fun girl, and she’s become one of my best friends. Now she lives in Santa Barbara, down the street from me, half a mile.”

As she parts ways with Southern Charm for good, Ashley hopes to soon meet “The One” and eventually become a mom.

“I really want that for myself,” she stated. “I hope that is what’s next for me, with my own family and the right person, and someone who’s never watched Southern Charm, or even heard of it.”