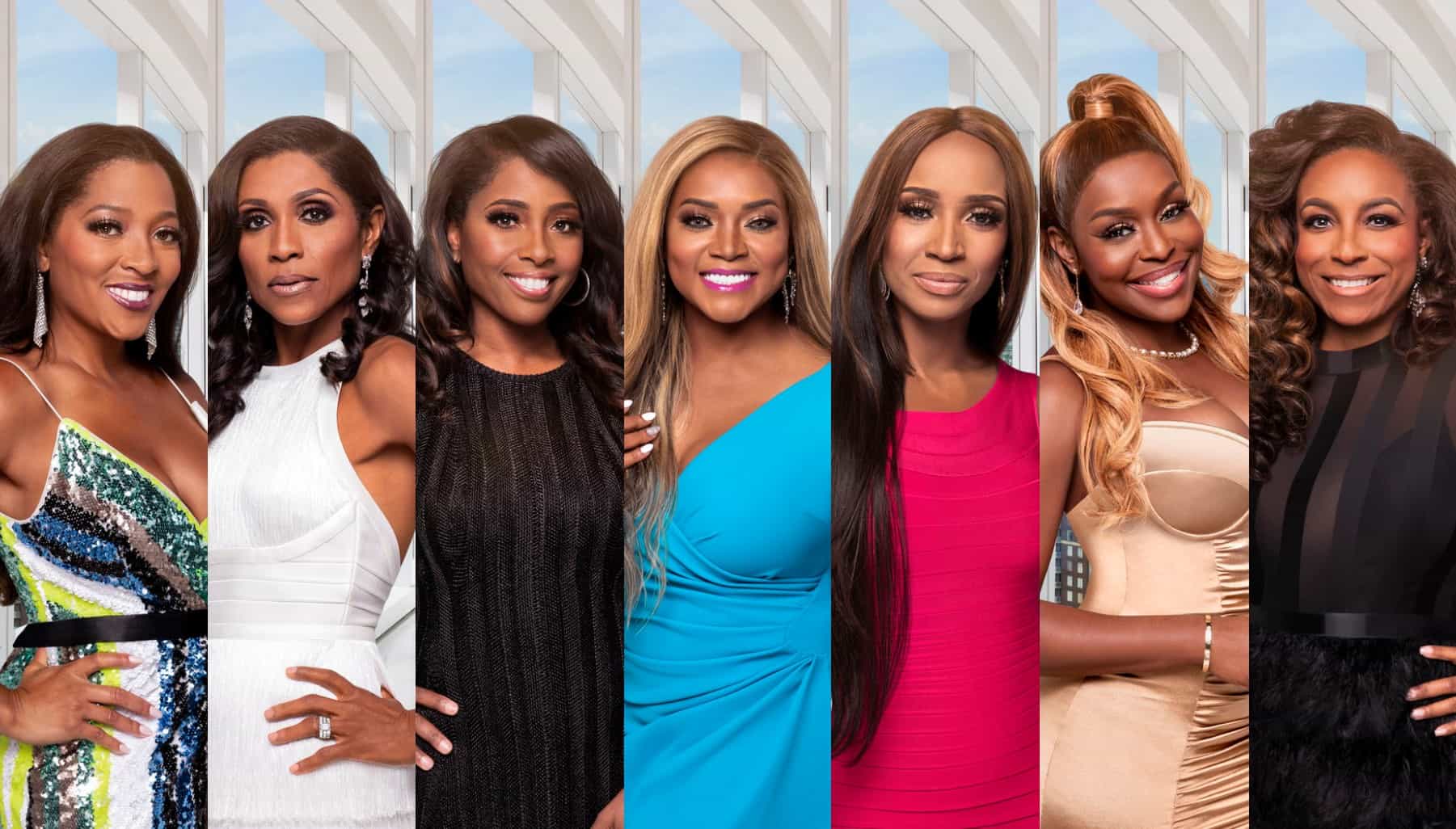 Joined by new cast member Buffie Purselle, the ladies of the show are picking up where they left off after season six with allegations of drug use and cheating.

After being seen at a dinner date, where they promised to hold each other accountable for their behavior, including the ongoing cocaine allegations aimed at Mariah, the women of the Atlanta-based series embark on a number of group trips. One of these is deemed as a “couple’s trip.”

“This is a couple’s trip but you’re not married right now,” Eugene Harris tells the newly single Quad during a cast dinner.

Although Quad’s co-stars attempt to get her back into the world of dating, she doesn’t seem too interested.

“I’m okay with being single,” she says in a confessional. “I take very good care of myself, by myself… If you know what I mean.”

Meanwhile, a number of the couples on the show are seen struggling with their marriages. At one point, Heavenly’s husband, Dr. Damon Kimes, who was accused of having an affair during season six, is seen defending himself after visiting a strip club with some of his male friends.

“It’s not like your cheating on your wife,” he says.

“You look like you’re not telling the truth [and] I don’t like that feeling,” Jackie tells her husband, Curtis Berry, in another scene.

Elsewhere, Contessa and her husband, Walter Scott Metcalfe, are seen meeting with a counselor who suggests Walter has turned their children against her.

“Would that be accurate?” the counselor asks.

In addition to the relationship drama, there’s also tons of drama between the women of the show, including Quad and Simone, who are seen butting heads at a dinner date before Simone storms out.

“Everybody has violated the girlfriend code,” Contessa proclaims.

As for the new cast member, Buffie, who joined the cast in a “friend” role for season seven, she is the wife of psychiatrist David Purselle.

In a description shared by Bravo TV, Buffie is said to be a tax and personal finance professional who is very open and honest with her clients about the ups and downs of her own finances and her many entrepreneurial endeavors.

Buffie is also part of her husband’s medical practice in Atlanta and a telemedicine practice in San Juan, Puerto Rico.