Home Real Housewives of Orange County News Kelly Dodd Reveals Why Vicki Gunvalson Was “Desperate” to Make Amends With Her on RHOC and Admits She Sought Therapy to Deal With Their Feud, Plus Live Viewing Thread!

Kelly Dodd Reveals Why Vicki Gunvalson Was “Desperate” to Make Amends With Her on RHOC and Admits She Sought Therapy to Deal With Their Feud, Plus Live Viewing Thread! 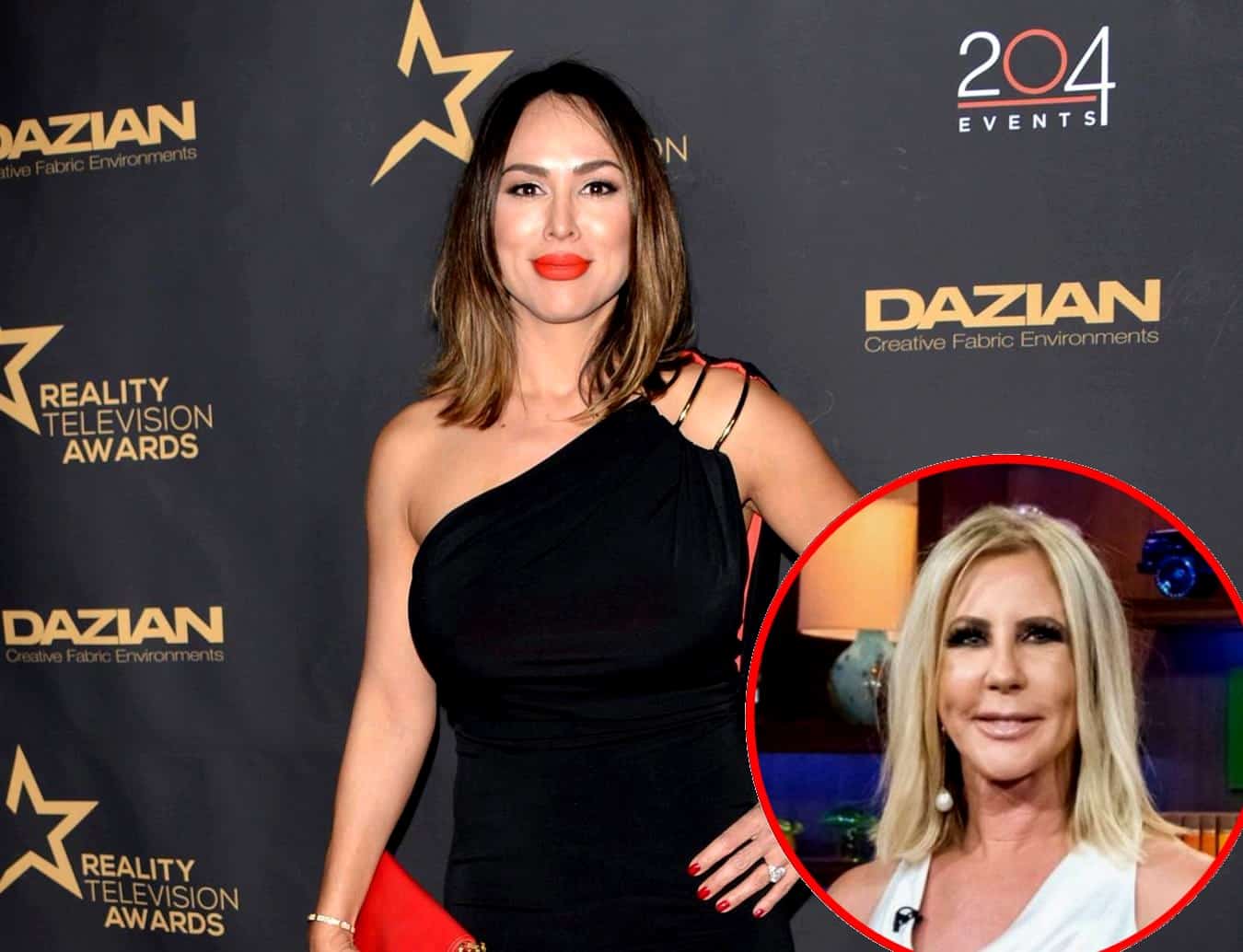 Kelly Dodd opened up about the “sh*t show” that is The Real Housewives of Orange County during an interview on August 13.

Ahead of the second episode of season 14, Kelly addressed her ongoing drama with Vicki Gunvalson and admitted to needing therapy because of their feud after confirming the new episodes are “all about Kelly Dodd.”

“The whole group [drama] is about me,” Kelly told Entertainment Tonight‘s Brice Sander.

During the first episode of the new season of the RHOC, fans watched as Kelly and Vicki came face-to-face for the first time since the controversial reunion special for season 13, which included Vicki making drug use allegations against Kelly. Not surprisingly, Kelly didn’t want to be anywhere near Vicki and attempted to dodge her during Tamra’s housewarming party.

“She chased me around Tamra’s house,” Kelly recalled. “She just knows how to poke the bear. I don’t want to give her the time of day so I kind of get mad at her because I just want her to leave me alone and she just kind of like chases me around Tamra’s, literally in a circle.”

According to Kelly, Vicki was “desperate” to make amends with her in an effort to reclaim her place within their group.

“She’s kind of like an outcast. Nobody really wants to deal with her, and if she makes things right with me, everybody will be more apt to get her back into the group,” Kelly explained.

Following her season 13 feud with Vicki, Kelly sought therapy to better cope with her feelings of hatred for Vicki.

“I used to, like, hate [Vicki],” she admitted. “Like, despise — I just could not. I despised her and I went through therapy with Dr. Dow, Dr. Michael Dow, and, you know, he told me not to wrestle with pigs, so to speak. He really taught me you shouldn’t hold onto anger.”

Although Kelly has learned tools she hopes will help her not “beat the crap” out of her costars, that doesn’t mean she’s willing to make amends with Vicki. In fact, she flat-out said she doesn’t want Vicki or her negativity in her life, and added that she would prefer to never talk to her again.

As for her relationships with Tamra Judge and Shannon Beador, Kelly said that while she started off the season “really tight” with both women, they have since taken on a “gang mentality” by launching the “Tres Amigas” with Vicki.

RHOC Live Viewing – We will be holding live viewing threads for the RHOC this season, so feel free to comment and chat below as the season premiere episode airs at 9/8c tonight on Bravo TV!  A preview clip is below.