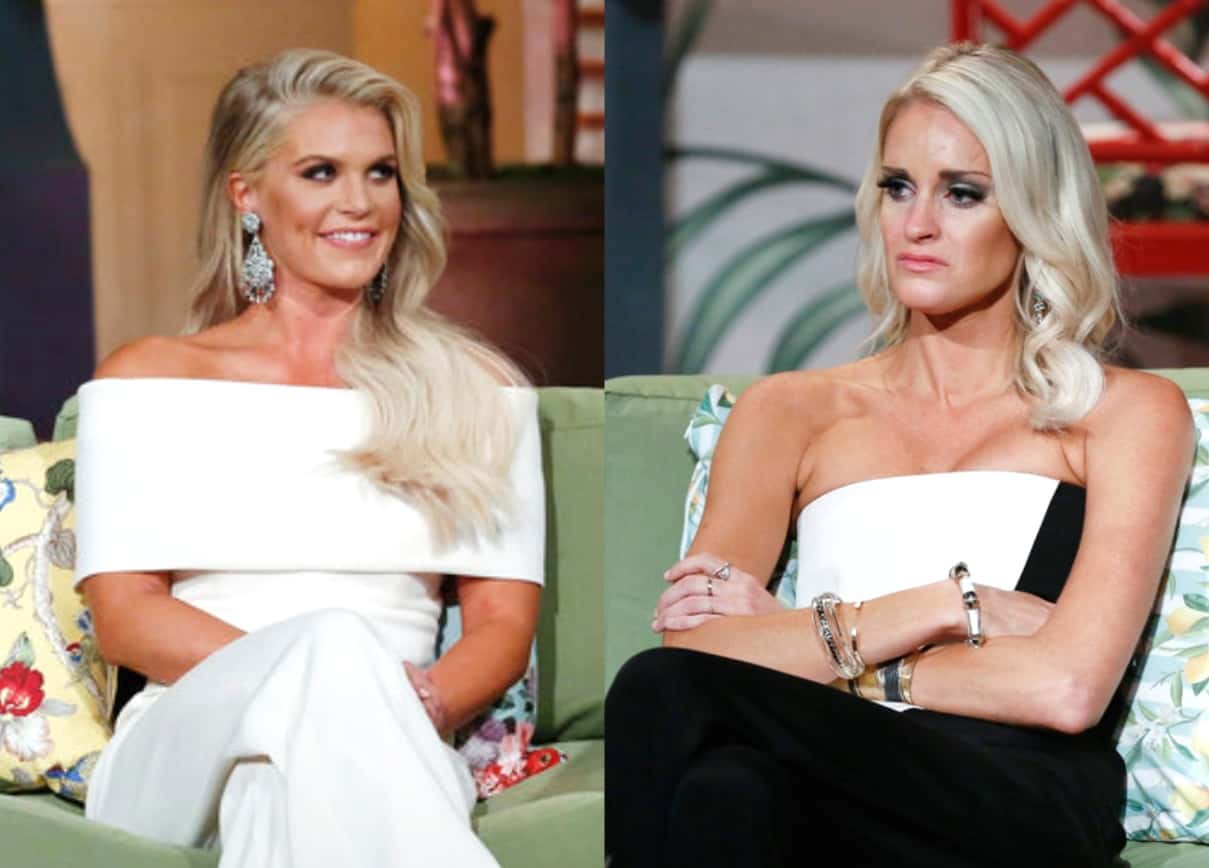 Madison LeCroy is giving an update on where she stands with Danni Baird following the Southern Charm season six reunion.

Madison and Danni may have butted heads during the show after Madison repeated a rumor claiming Shep Rose had given Danni a curable STD, (a claim both Danni and Shep deny) but when it came to the finale, Madison was surprised to see Danni had her back.

After Danni helped Madison calm down after seeing that Shep and Craig Conover had shown up to Patricia Altschul‘s party with the two women her on-again, off-again boyfriend, Austen Kroll, had allegedly been caught hooking up with, Madison spoke out about their current relationship before addressing her newfound fame and her season six regrets.

“That’s a very good trait to have,” Madison said of Danni’s ability to show kindness despite their feud, during an interview with The Decider on August 28. “I can learn from that because I’m not so forgiving at times. Honestly, I just drag it out.”

While Madison and Danni aren’t exactly best friends after their season six drama, Madison told the outlet they are “fine” and that she’s hopeful about their future.

“I mean, I think. I don’t know if we’ll ever be [besties]. But also Kathryn has told her about our friendship and I think she’s getting a little more understanding of that. So I think possibly we’ll move forward,” Madison explained.

Following production on the latest season of Southern Charm, Madison began getting noticed around Charleston and recalled one particular moment with her co-star, Patricia, at Austen’s Trop Hop launch.

“I had my first panic attack,” she revealed. “I hadn’t been around people that recognized me I guess, so to have people pulling on Patricia’s hair and our clothes…obviously, when everyone sees Patricia they’re like, holy sh*t, she’s real. I said hello, and we immediately left and went to Halls [Chophouse]. Totally worth that. But we were there, we supported Austen. I’m so proud of him. I think he’s gonna do great.”

When it comes to her biggest regrets, Madison looked back on the season and said she would do “a lot of things different” if she could go back.

“I do think I was provoked, but I knew better. I’m an adult and I’ve always said that I’m not gonna let someone get me to the point where I embarrass myself,” she admitted.

“I hope that people can stop judging me based off comparing themselves to me. My situation and who I am as an individual is my own person. I hate that people judge and say things that they shouldn’t. I’m true to myself and I am anti-bully,” Madison added.