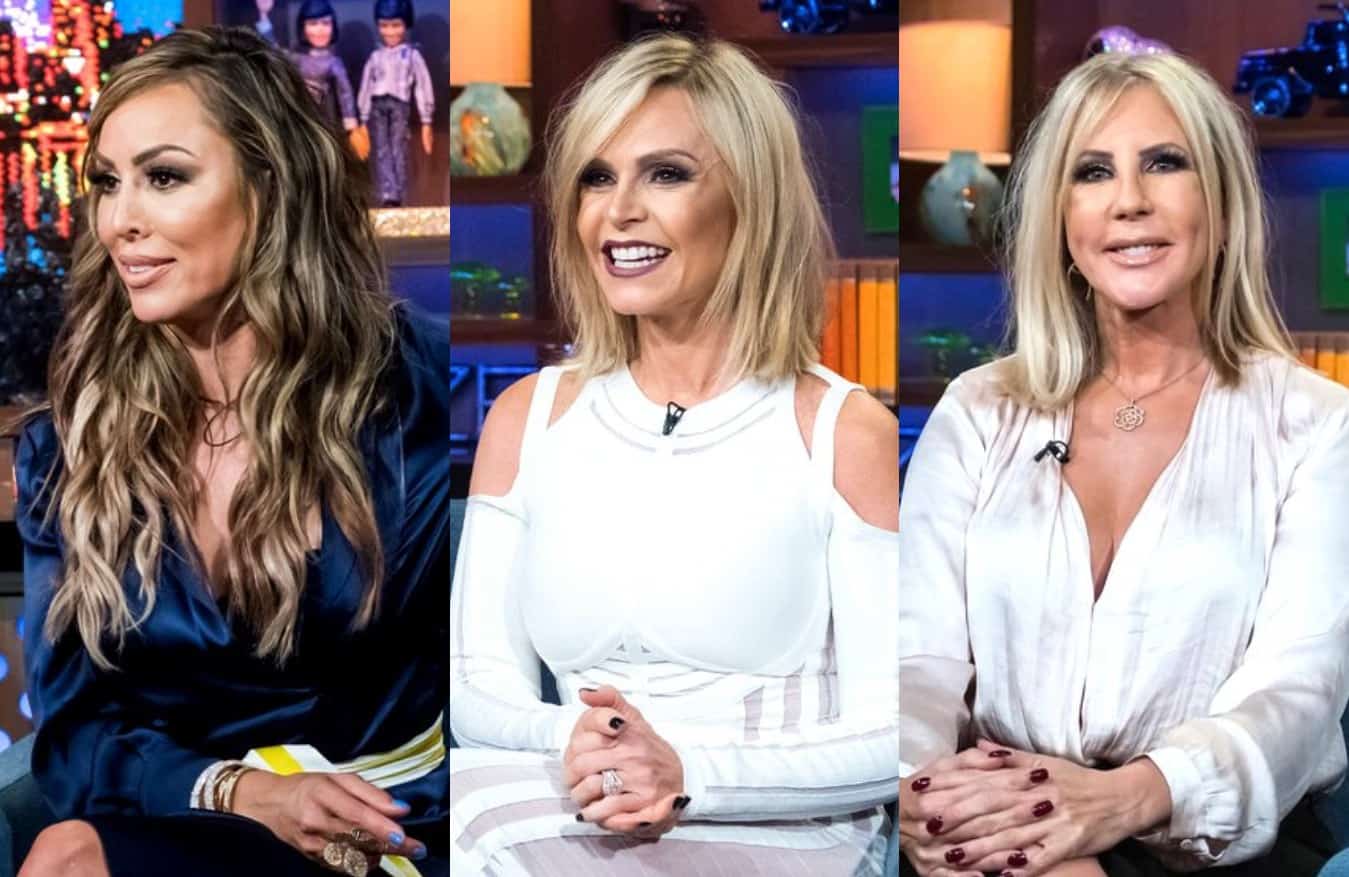 Kelly Dodd is devastated over the way in which her daughter has been impacted by the “train” rumor brought up by her co-stars on The Real Housewives of Orange County.

After a fan on Twitter called out Tamra Judge and Vicki Gunvalson for mentioning the rumor on the show, Kelly slammed Tamra and Vicki’s relationships with their daughters, Sidney Barney, and Briana Culberson, before revealing how the false report has affected 13-year-old Jolie as she also reacted to Tamra’s recent “unstable” diss.

“My poor daughter .. consider the source .. we have one loser that her daughter hates her Mom and the second loser chose her boyfriend over her daughter .. they could careless about my kid let alone their own!!” Kelly fired in a now-deleted tweet, also including the hashtags, “#losers” and “#liars.”

Kelly’s tweet was in reference to Tamra’s years-long estrangement with Sidney, who moved in with her dad, Simon Barney, after their divorce, and Briana’s tension with Vicki years ago during her relationship with the controversial Brooks Ayers, who infamously lied about his cancer diagnosis during the 10th season of RHOC.

In a second message to fans, Kelly claimed Jolie is being bullied due to the things Tamra and Vicki have said about her and because of that, her ex-husband, Michael Dodd, no longer wants the child on the show.

“She now getting bullied!! Michael now will not allow her to ever film!” Kelly wrote.

She now getting bullied!! Michael now will not allow her to ever film!

“Oh please! If she cared about Jolie she would clean up her act and stay at home and be a mother instead of being on the hunt for her next ‘victim’ (I mean RICH man),” Vicki said on a RHOC Fan Instagram page, referencing her previous accusation that Kelly is a gold-digger.

“And she’s a liar! I would never EVER choose a man over my children. They are and will always be my first priority! Hers?! Nah!” Vicki added.

“[By the way], has she ever thought about anybody else’s kids? No she continues to spread rumors and bring up kids on a daily,” she pointed out.

“I wish these old washed up b***hes would just leave me alone .. I hopes to God you guys would be happy!” Kelly shot back. 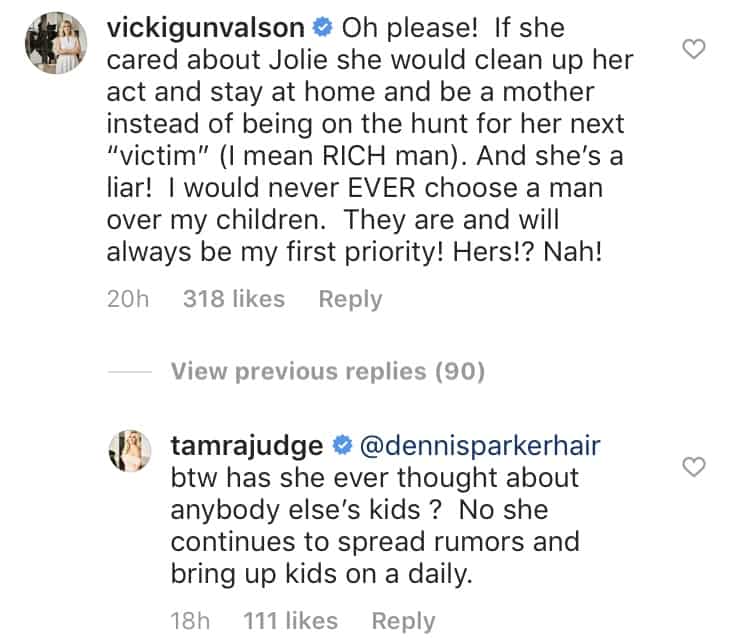 As for Tamra’s recent comment about her being “unstable,” Kelly reacted to a Reality Blurb article shared on Twitter by mentioning her glamorous life with new boyfriend Rick Leventhal and labeling Tamra “jealous.”

“I wish I was angry and unstable. I’ve been in Europe for the past month jet setting on private planes and yachts with my HP boyfriend [Rick Leventhal]. Get a life! #jealous #pathetic #loser,” Kelly tweeted.

I wish I was angry and unstable . I’ve been in Europe for the past month jet setting on private planes and yachts with my HP boyfriend @RickLeventhal . Get a life! #jealous #pathetic #loser