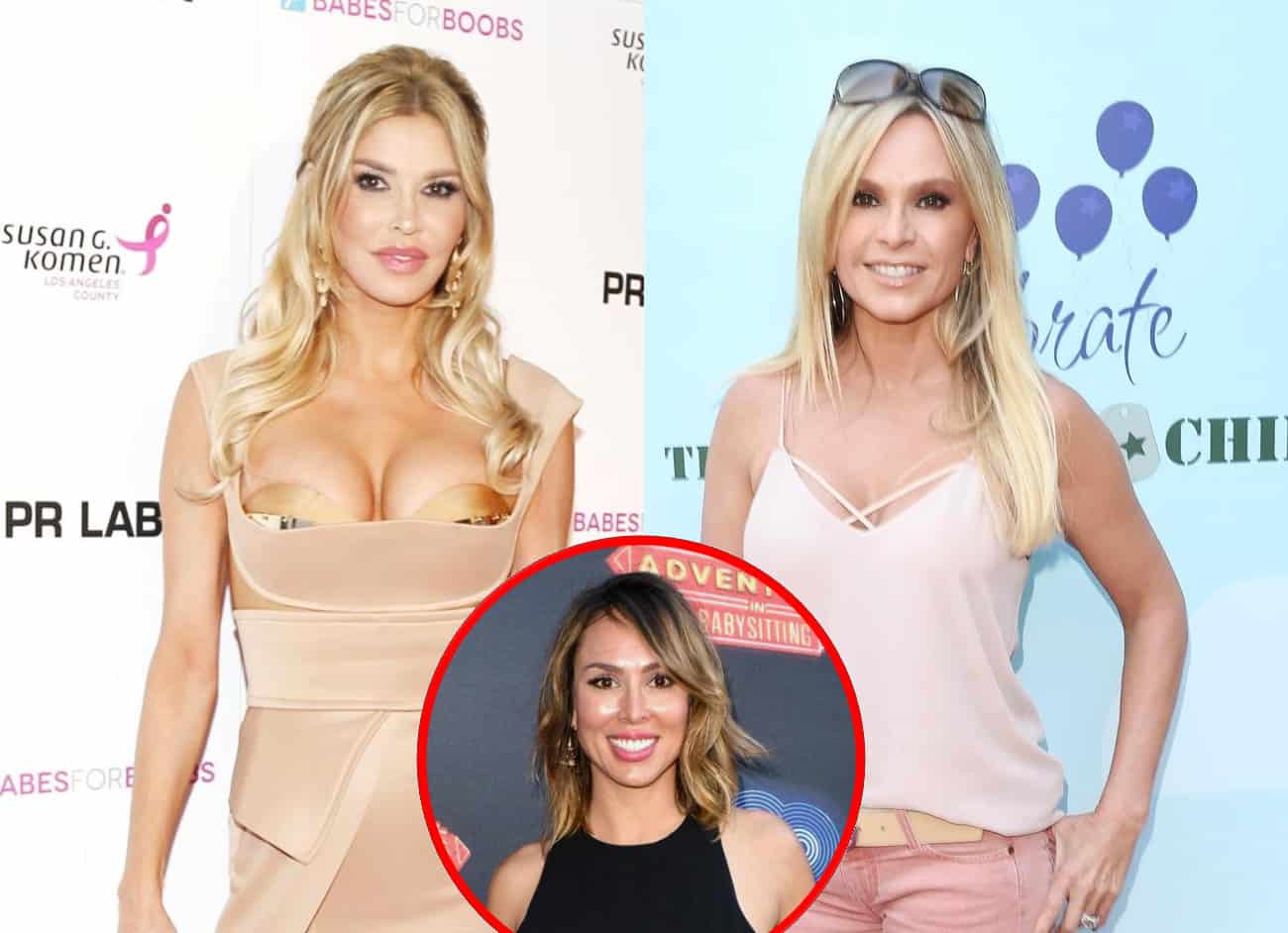 A week after Real Housewives of Orange County star Tamra issued a legal warning to Brandi, stating ‘her attorney was watching,’ after Brandi threatened to talk about her on her YouTube channel, Brandi is now firing back at Tamra following an interview she did in which she implied Brandi and Kelly Dodd were ‘unstable.’

After Kelly slammed Tamra as “stale” and “washed-up,” for spreading ‘train’ rumors about her, Tamra dissed her again in the new interview.

“I don’t even know what the core is to be honest with you,” Tamra said of her issues with Kelly to the Hollywood Life on September 5. “I think she’s just an angry person. She’s not stable. She’s like Brandi Glanville,” Tamra explained.

Following the publication of the interview, Brandi took to Twitter to call out Tamra. She also threw some shade at Tamra’s lack of a relationship with her estranged daughter Sidney Barney.

“Wtf is wrong with you @TamraBarney?” asked Brandi on Twitter. “Your now saying I’m unstable? Both of my children love adore & talk to me about everything! I don’t think you can say the same about yours can you? I don’t know you nor do I want to. I will see you on the 19th tiny f–king dancer SPEAK THEN.”

“It’s funny when @TamraBarney threatens me with a lawyer and then Publicly calls me unstable. Poor thing she’s just not the sharpest tool in the shed,” wrote Brandi.

It’s funny when @TamraBarney threatens me with a lawyer and then Publicly calls me unstable. Poor thing she’s just not the sharpest tool in the shed

Tamra and Brandi began feuding on Instagram last week after Brandi slammed the RHOC as “hypocrites” for pretending as if they didn’t want to discuss the train rumor about Kelly after bringing up the matter on camera. As fans may have seen, Tamra fired back at Brandi by telling a fan she had “no class” and labeling Kelly as “the new Brandi.”

A short time later, Tamra and Brandi’s feud spilled over to Twitter, where Brandi called Tamra a “toxic trick” and said she couldn’t wait to address her thoughts on the RHOC star on her next YouTube episode. In response, Tamra told her online audience that Brandi was attention-hungry, and she added the hashtag “#attorneywatching.”

Continuing on about Kelly to Hollywood Life, Tamra said Kelly has called her every name in the book and crossed the line by bringing her kids into their war of words. In a recent interview, Kelly labeled Tamra’s son, Ryan Vieth, as “the worst” and stated that he shouldn’t be on the RHOC.