Home Real Housewives of New York City News Barbara Kavovit Explains How Luann de Lesseps Put on an Act at Reunion, Claims Luann Ran Off After Confrontation About Their Feud on New RHONY Season and Slams Her as a ‘Narcissist’

Barbara Kavovit Explains How Luann de Lesseps Put on an Act at Reunion, Claims Luann Ran Off After Confrontation About Their Feud on New RHONY Season and Slams Her as a ‘Narcissist’ 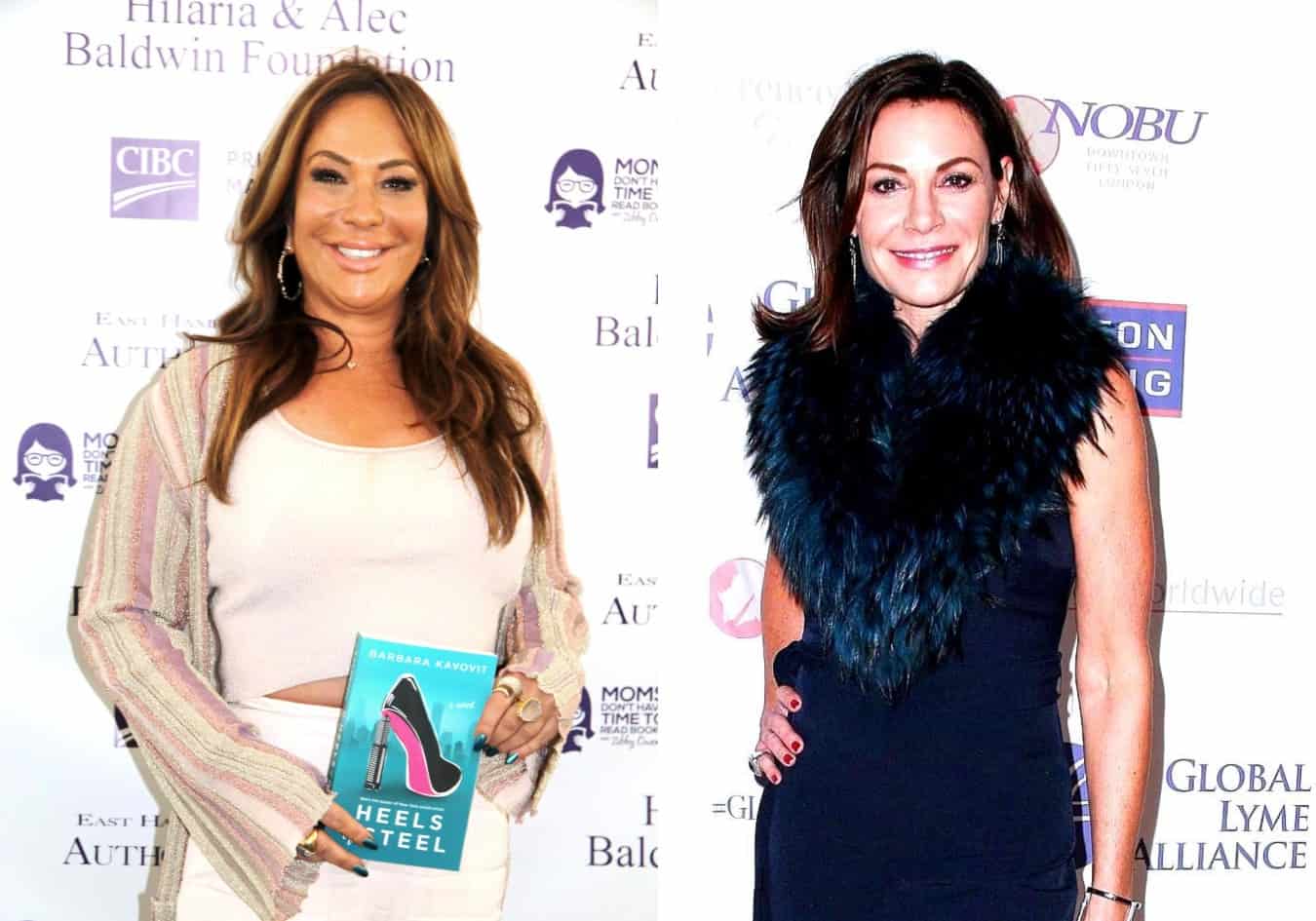 After listening to the Real Housewives of New York City star tell Jenny that she removed Barbara from her life as if she was pulling weeds, Barbara lashed out at Luann for failing to acknowledge all she’s done for her over the past several years.

Speaking during a podcast interview on October 30, Barbara explained how Luann put on an act during the most recent RHONY reunion before going on to claim that Luann actually ran off during a recent confrontation about their feud. First, Barbara revealed she did a number of significant things for Luann throughout their 14-year friendship.

“[I] saved [her] from an $800,000 deposit with bankers, [helped] her kids, her ex-husband with the lawsuit, got her an additional, over a half a million dollars by creating a spreadsheet for lawyers to show her ex-husband didn’t pay enough child support. [I got] her a mortgage on her first Sag Harbor house,” Barbara shared on Us Weekly’s podcast.

“I remember her calling me from rehab, manically, five, six times, seven times a day. I was on speed dial and I stopped everything in my business,” the Heels of Steel author continued. “I mean, I run a multi-million dollar construction company with 30 people doing $40 million per year. I don’t have time to stop [but] I love helping my friends and that’s what I did.”

During her appearance on Jenny’s show, Luann slammed Barbara for saying she was “no Adele” during an episode of RHONY in July.

“I can carry a tune, so hell with Barbara,” Luann said. “That’s the second time, also, that she got caught on camera talking smack about me. … You have to pull the weeds, so you can make room for the [flowers].”

According to Barbara, she and Luann haven’t spoken since the RHONY reunion aired in July because Luann was mad that she threw shade at her singing.

“It wasn’t like I said she can’t sing. It was more like she can’t hold a show without other performers because she really only has two or three songs,” Barbara explained. “They should actually call [Luann’s show] a comedy show… the one woman comedy show. ‘Countess Comedy!'”

While Barbara and Luann were seen making up at the reunion earlier this year, Barbara quickly learned that things were not well between them.

“At the reunion, she hugged me and after the reunion was over, I went to her room to see [her] and she practically slammed the door in my face,” Barbara recalled. “The hug was fake. Mary, her makeup artist who is also a friend of mine, invited me to her room and she said, ‘What is she doing here?’ I was like, ‘We just hugged it out, girlfriend. Wasn’t that real?'”

Following their falling out, Luann was confronted with claims of having used Barbara during production on the upcoming 12th season of RHONY. However, according to Barbara, fans will never get to see the awkward moment play out on the show because Luann stormed off.

“Luann ran from the cameras because she didn’t want the cameras to get the conversation,” Barbara revealed. “[I am] disgusted with her. The narcissism of this woman and her self-importance and her blatant disregard for people that have helped her has got to stop.”

“There is no good with Luann. I had a 14-year friendship with her that I will walk away from forever. She will never have me as a friend again,” Barbara added.