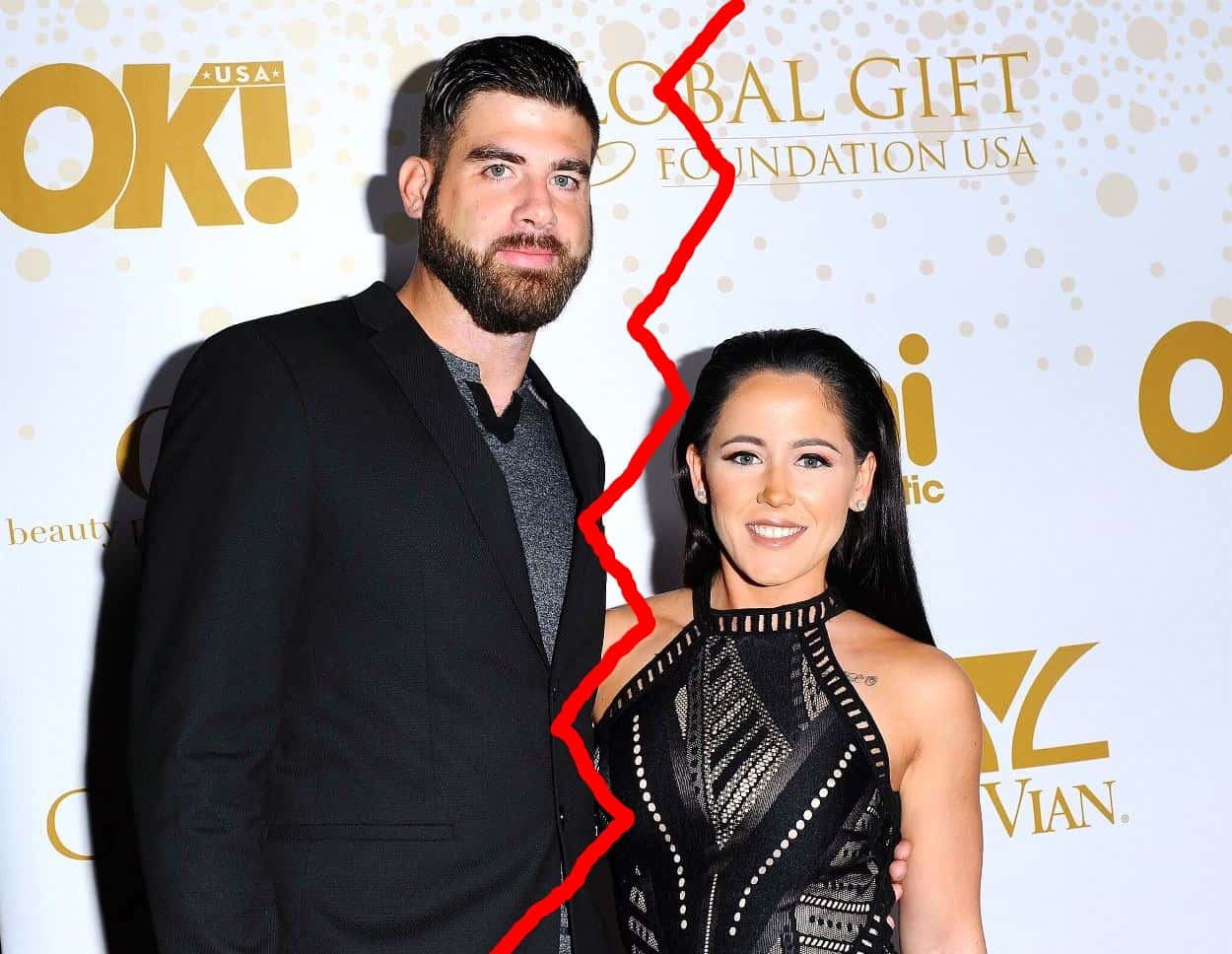 Jenelle Evans and David Eason‘s marriage has come to an end after just two short years.

Following a trip to New York City earlier this month, which many suspected included a meeting with MTV in regard to a potential Teen Mom 2 return two months after her firing, Jenelle took to her Instagram page, where she confirmed that she and her children, including five-year-old Kaiser and two-year-old Ensley, have moved away from David.

“I’ve mostly kept off social media the past few days because I’ve been focused on making some big life decisions,” Jenelle wrote on October 31. “I’ve lived my life on camera since I was 17 years old. And [a lot] of it hasn’t been pretty. But its been my life. Like anyone else I want what’s best for my kids and I want to be happy. With time away from Teen Mom, I’ve started to look at my life differently and I know I need to make changes. I’m starting that now.”

“The kids and I have moved away from David,” she continued. “Nobody gets into a marriage expecting it to end but I know that’s what is best for me, and for my kids. Today I’ve filed papers to start that process.”

In closing, Jenelle, 27, hinted that she and her kids, who also include 10-year-old Jace, who is cared for by her mother, Barbara Evans, will be back in the spotlight soon.

”I appreciate the support from everybody who has asked how I am. Me and the kids are doing great. We need some time to be together, but you’ll hear from us again soon,” she added.

Some fans are skeptical, though, and are wondering if this could simply be a ploy by Jenelle to get MTV to hire her back. It doesn’t help that just yesterday, David posted a photo of Jenelle and their daughter Ensley on his Instagram page with the caption: “The most perfect sight I’ve ever seen.”

Still,  TMZ sources insist Jenelle decided to end her marriage to David because she knows she’ll never be able to forge a career for herself while still tied to David and his controversial behavior. As fans of Teen Mom 2 well know, David got himself fired from the show in February 2018 after going on a rant against the LGBTQ community on his since-deleted Twitter page. He then got his wife fired one year later after killing their French bulldog after it nipped at Ensley.

Shortly after the horrific killing, which resulted in Jenelle and David temporarily losing custody of their kids, she admitted to nearly divorcing David. Now, according to the TMZ report, she is convinced her marriage is simply unhealthy.

Jenelle and David began dating in 2015 and were married in September 2017. This will be the second divorce for Jenelle, who split from first husband Courtland Rogers in 2014 after two years of marriage.