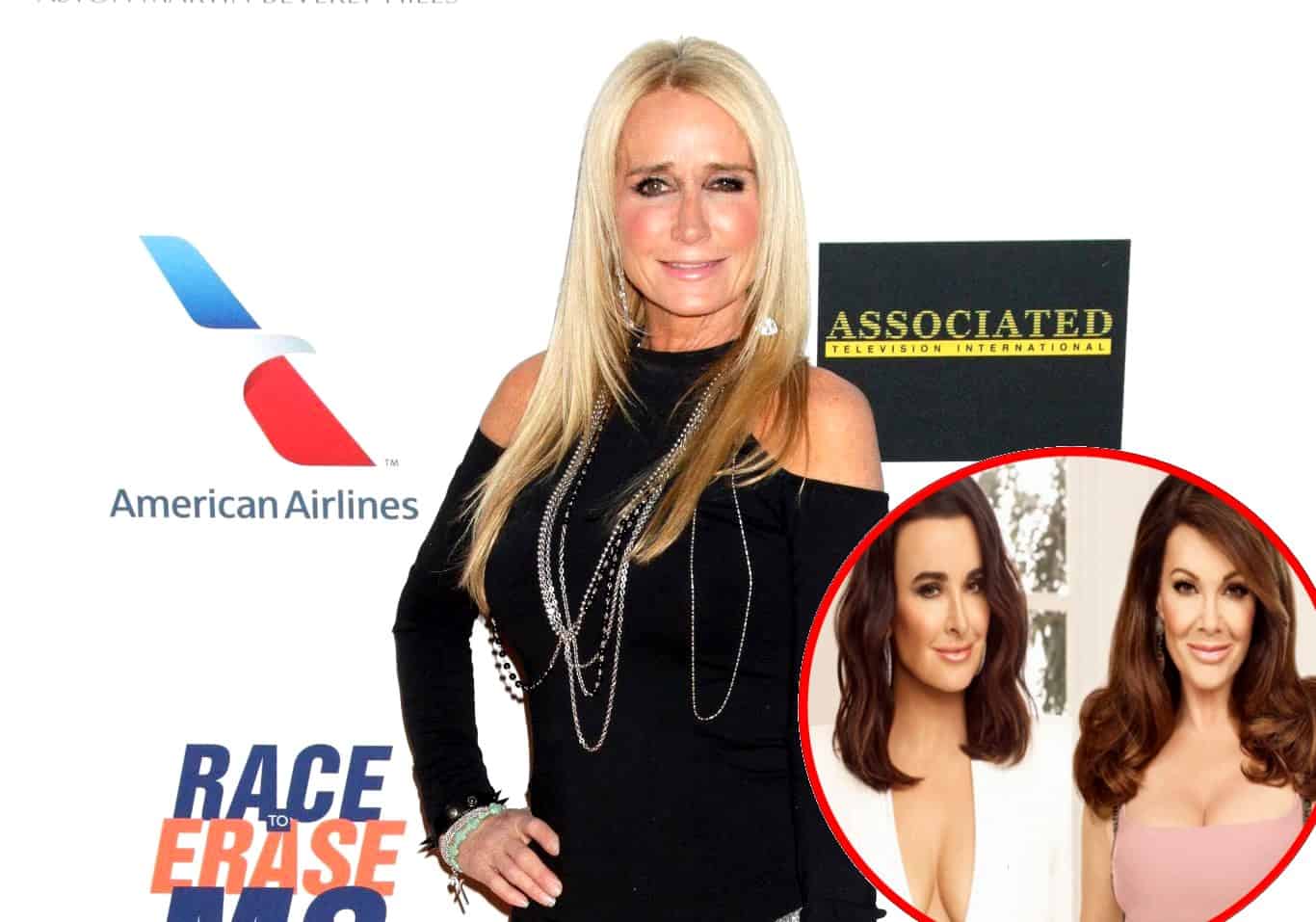 Kim Richards is finally speaking out about the “health scare” she suffered over the summer that led to a mystery stay in an emergency room in Los Angeles. The Real Housewives of Beverly Hills cast member also discusses the feud that ended the friendship between Kyle Richards and Lisa Vanderpump as she wonders if pressure from the ladies’ costars could have played a role.

Months after being hospitalized for unknown reasons, the RHOBH star, who is currently working on an autobiography, addressed the issue after being asked if she had any regrets about her time on the series while attending BravoCon.

“At times… A little,” Kim said on stage on Friday, according to a report from Us Weekly. “I was also very glad that I could share [my sobriety journey on TV]. There were a lot of people that were going through similar struggles that I’m so glad reached out and that I could help.”

Kim then touched on her August hospital stay, which came after her sister, Kyle, reportedly encouraged her to return to treatment amid concerns over her mental health.

“I also had a recent health scare and I want people also to know that … there’s times to reach out and know that there’s certain things … I hope that one day I can share that with them,” she said. “I hope I can share that story as well.”

In August, a Us Weekly insider claimed that after Kim was hospitalized, she “abruptly left against medical advice” and no one could locate her for hours. At the same time, another insider told the magazine that she was “incoherent” and “rambling” after experiencing some sort of mental health breakdown.

Following the reports, however, Kim’s manager insisted she was “fine” and “working on a big project.”

In a separate interview with Reality Tea, Kim discusses the feud between Kyle and Lisa, stemming from the Puppy Gate drama, which ultimately led to Lisa quitting the RHOBH this summer. Surprisingly, Kim wondered if Kyle felt pressured by her co-stars to call out Lisa.

“I feel like maybe there was a little pressure from the other girls,” shared Kim. “I wish they would make up because they were besties for so long. There’s a love in there that just doesn’t go away.”

Also during her appearance at BravoCon on Friday, Kim revealed to Page Six that she had just finished the first draft of her upcoming autobiography, which will be published by HarperCollins.

“It’ll be all about my life,” she shared, adding that reexamining her past was “rough.”

“I’ve always been spiritual, but then I really started digging in and looking at really, like, who I was, who I became and who I am today,” she explained. “Only time knows who I’ll end up being. I’m really continuing to grow and it’s been a process. Looking back at my life, every bit of it from the beginning, was very, wow. Some of the … painful parts were tough. It’s been beautiful, too. I’ve grown a lot.”