Home Real Housewives of New York City News RHONY’s Luann De Lesseps Claps Back at Barbara Kavovit, Plus She Addresses Rumors of Tinsley Quitting and Shares What New Season Will Be Like Without Bethenny

RHONY’s Luann De Lesseps Claps Back at Barbara Kavovit, Plus She Addresses Rumors of Tinsley Quitting and Shares What New Season Will Be Like Without Bethenny 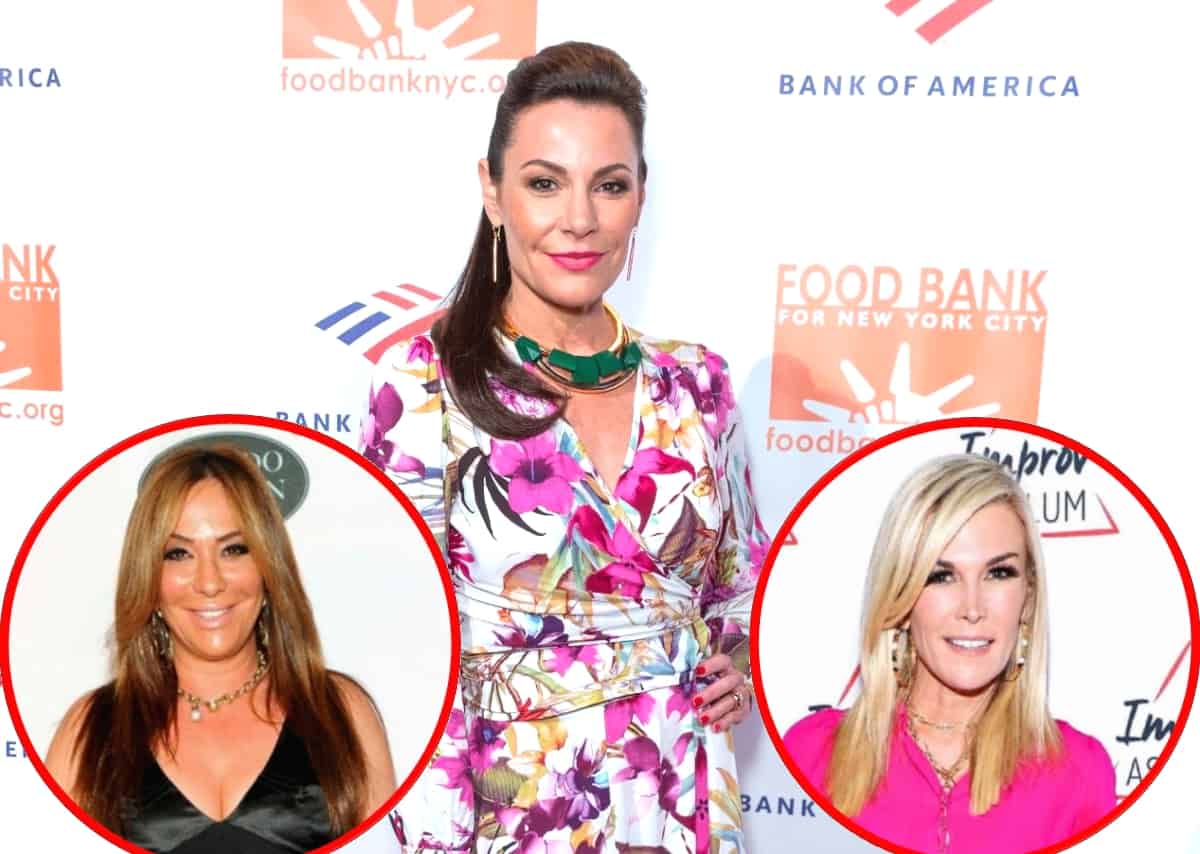 Luann de Lesseps is clapping back at Barbara Kavovit, who said during an interview last month that there is “no good” in her former friend.

Before attending Friday’s BravoCon event, the Real Housewives of New York City star shared her thoughts on Barbara’s statements before teasing fans about what they should expect from season 12 and commenting on the rumors suggesting Tinsley Mortimer may be leaving the show and heading to Chicago to live with boyfriend Scott Kluth.

“I wish her only the best,” Luann told TooFab of Barbara on November 15.

Luann then threw some shade as she quoted Michelle Obama, saying, “You go low, and I go high.”

Although RHONY season 12 will be without both Barbara and Bethenny Frankel, who quit the series in August, Luann promised there would still be fireworks when the show returns.

“Oh, absolutely. We all have big personalities,” she teased.

The cast also has a new member, Leah McSweeney, who joined the series in August around the time of Bethenny’s exit.

“We have a new housewife and I actually like her very much,” Luann revealed. “It’s been going really great… We have really old friendships, Ramona, Sonja, myself, Dorinda, Tinsley, and we have the new housewife, so the season is just coming out amazing. I think the fans are going to be like, wow. We’re having a great season. And it’s as good as it’s always been.”

As for the rumors claiming Tinsley might not return to RHONY after her allegedly impeding engagement to Scott, Luann pointed out that when it comes to Tinsley and Scott, nothing ever seems to be set in stone.

“You never know with Tinsley,” she said. “I hope and pray it works out this time around and, you know, the door is always open if she needs to come back.”