How Much is Tinsley Mortimer’s Engagement Ring? Find Out, Plus See Emotional Clip of RHONY Star’s Engagement to Boyfriend Scott Kluth 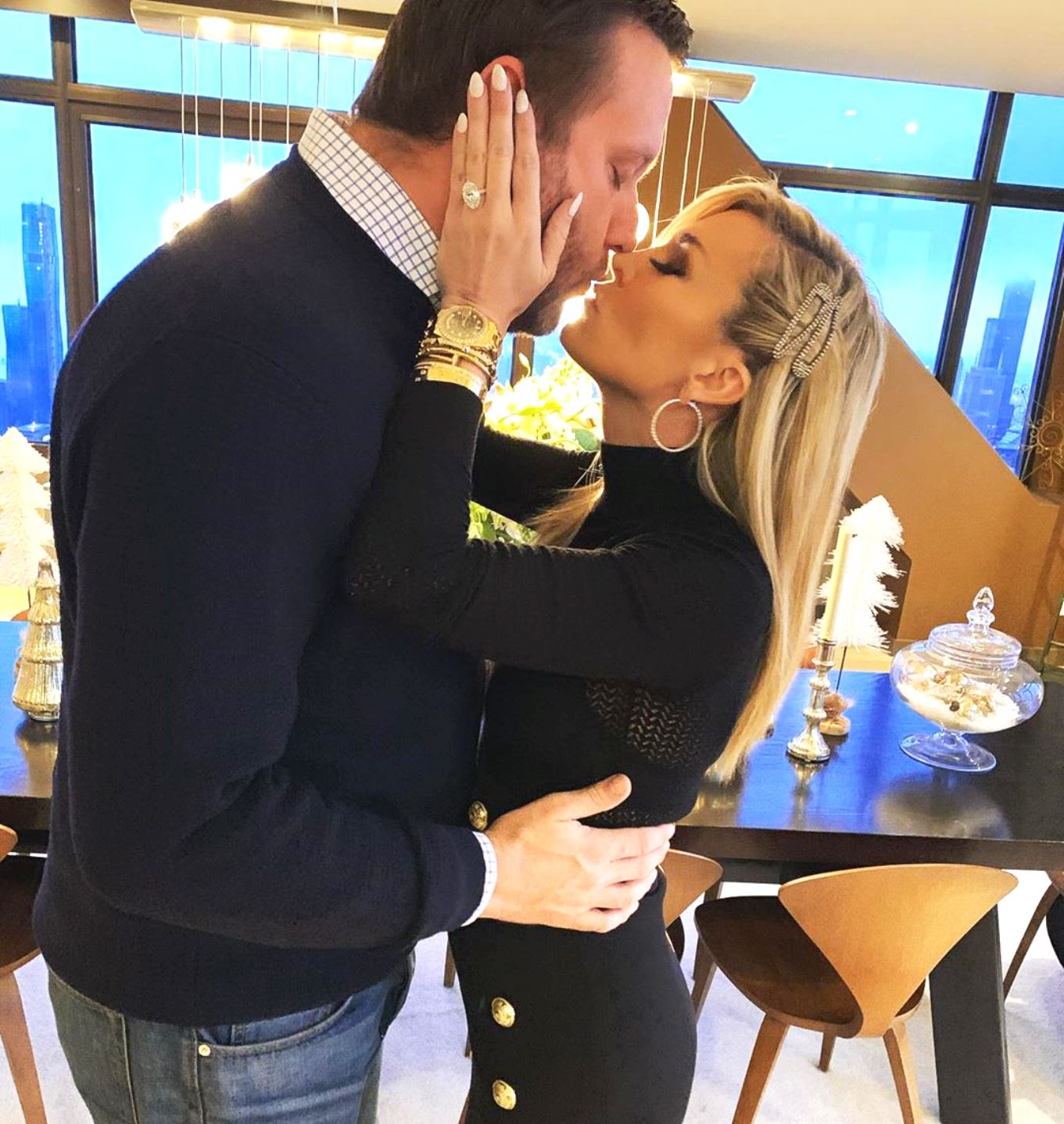 Tinsley Mortimer recently shared an emotional engagement video with her fans and followers as a new report is sharing more details on her engagement ring including the hefty price tag!

Just days after boyfriend Scott Kluth popped the question, the Real Housewives of New York City cast member took to her Instagram page, where she posted a clip that featured Scott getting down on one knee in front of the Chicago Water Tower.

“One week ago today I got engaged to the LOVE of my life! Thank you sooo much for all your excitement for us! Every time I watch this it makes me cry,” Tinsley wrote in the caption of her post.

Tinsley first confirmed her engagement to Scott on November 26. And two days later, Tinsley gave fans a closer look at her stunning engagement ring as she celebrated Thanksgiving with her fiancé.

According to a new report by E! News, Tinsley’s ring is estimated to cost around $300,000.

“It looks about 5.5-7 carats,” James Schultz, a jeweler and co-founder of James Allen, told the outlet. “It appears to be a rose gold solitaire set with an elongated oval diamond.”

Following a split earlier this year, Tinsley and Scott were confirmed to be back together in October. Shortly thereafter, rumors began swirling that suggested Tinsley was considering quitting her role on RHONY and planning a move to Chicago. In fact, at the end of October, Page Six revealed that Tinsley had reportedly failed to show up to a scheduled filming session with her co-stars at the Eventi Hotel in Midtown because she was spending time with Scott in Chicago.

One week later, an Us Weekly source revealed that Tinsley and Scott would be getting engaged soon. Once they were, Tinsley would be packing up and heading to the Midwest.

“[Tinsley is] finally getting her happy ending,” the insider shared on November 7. “She is moving for love.”