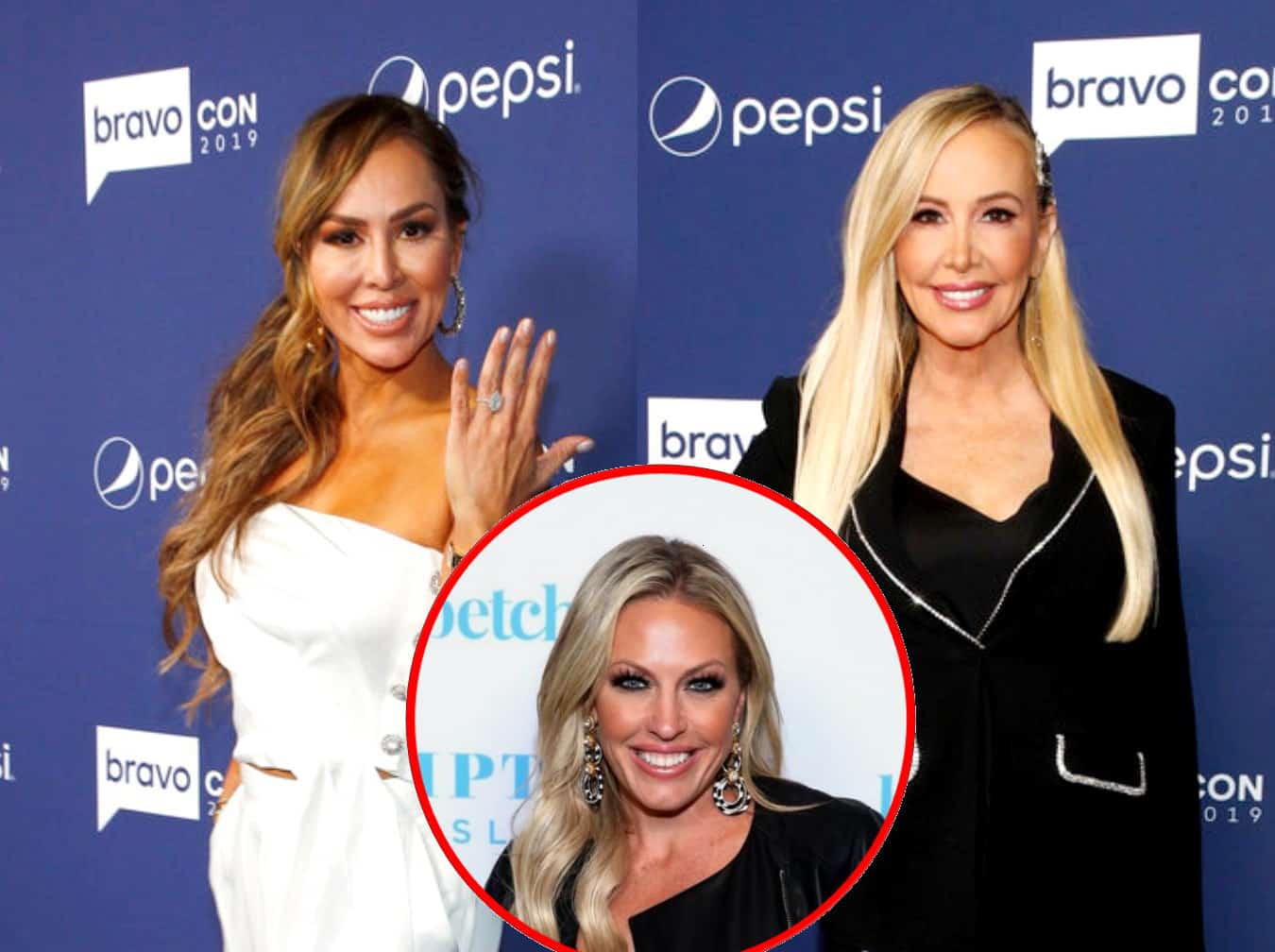 Kelly Dodd is still amused by her infamous encounter with Shannon Beador in Arizona.

Several weeks after Kelly faced backlash for hitting Shannon with a mallet on The Real Housewives of Orange County as she wore a metal bowl on her head at a relaxation retreat, Kelly poked fun at her co-star’s dramatic reaction while attending Braunwyn Windham-Burke‘s 42nd birthday party on Saturday. Plus, Shannon fired back at rumors on Twitter.

“Happy Birthday [Braunwyn Windham-Burke],” Kelly wrote in the caption of a photo of herself, Braunwyn, and Emily Simpson. “What an awesome party and thanks at [Elizabeth Lyn Vargas] for hitting me on the head and causing blurry vision!!” 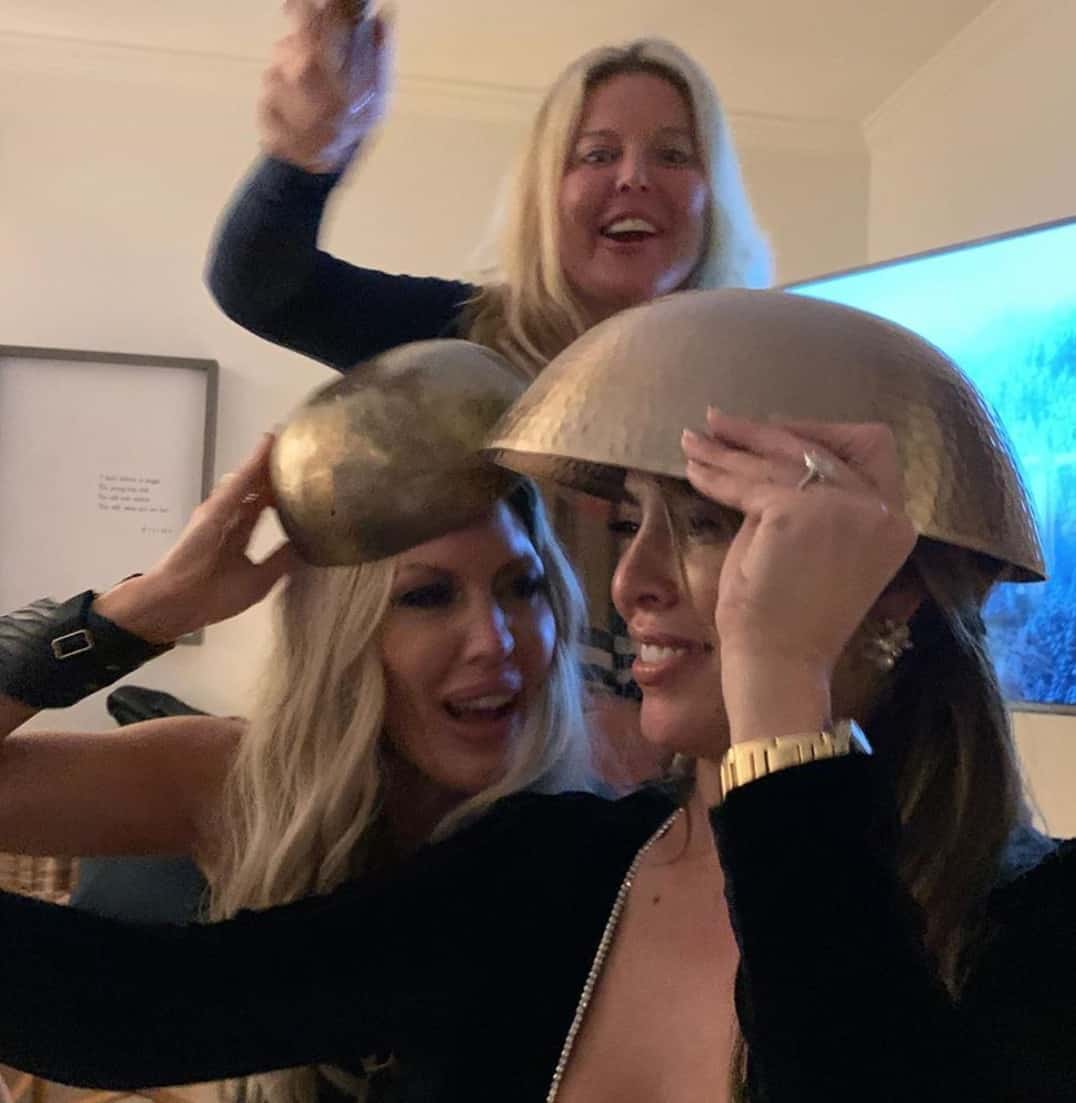 Kelly also shared a clip on her Instagram Stories that featured her balancing a bowl on her head with Braunwyn at her side as Elizabeth smacked them both.

“That hurt!” Kelly exclaimed as someone else asked if she had suffered a concussion.

While Meghan King Edmonds was also in attendance at Braunwyn’s birthday party, the majority of her co-stars, including Shannon, Gina Kirschenheiter, Vicki Gunvalson, and Tamra Judge, were not present. That said, Braunwyn told a fan on Instagram that the only reason Tamra wasn’t able to attend her party was because “she had a big family party” to attend on the same night.

More photos from Braunwyn’s party can be seen below.

In addition to hitting Shannon on the head with a mallet this season, Kelly was also seen tugging on Shannon’s hair during a cast trip to Florida and suggesting Shannon was too old for hair extensions. Then, after Shannon said Kelly should “stop touching” her during a taping of the After Show, Kelly called out Shannon on Twitter for exaggerating what took place between them.

In other RHOC news, Shannon recently fired back at rumors suggesting she had commented on Kelly’s engagement ring from Rick Leventhal during a recent appearance with her friend Jeff Lewis.

“I didn’t say one word about your ring or engagement. NOT ONE. Once again, get your facts straight,” Shannon fired at Kelly.

I didn’t say one word about your ring or engagement. NOT ONE. Once again, get your facts straight.

As fans may have recently seen, Tamra caused a stir in November when she told Entertainment Tonight that a woman named Nicole “used to own the ring” Kelly is currently wearing, which both Kelly and Rick denied. Then, a short time later, during her appearance with Jeff, Shannon allegedly claimed Kelly’s ring had been purchased from someone whose engagement didn’t work out.

After a fan mentioned Shannon’s alleged statement to Kelly on Twitter, Kelly fired back by slamming Shannon as a “jealous moron” before later deleting the message.

“WTH is wrong with Shannon? My fiance @Ricklevelthal bought my ring from Lana Neiman from the diamond district [in] NYC. You jealous moron!” she wrote.