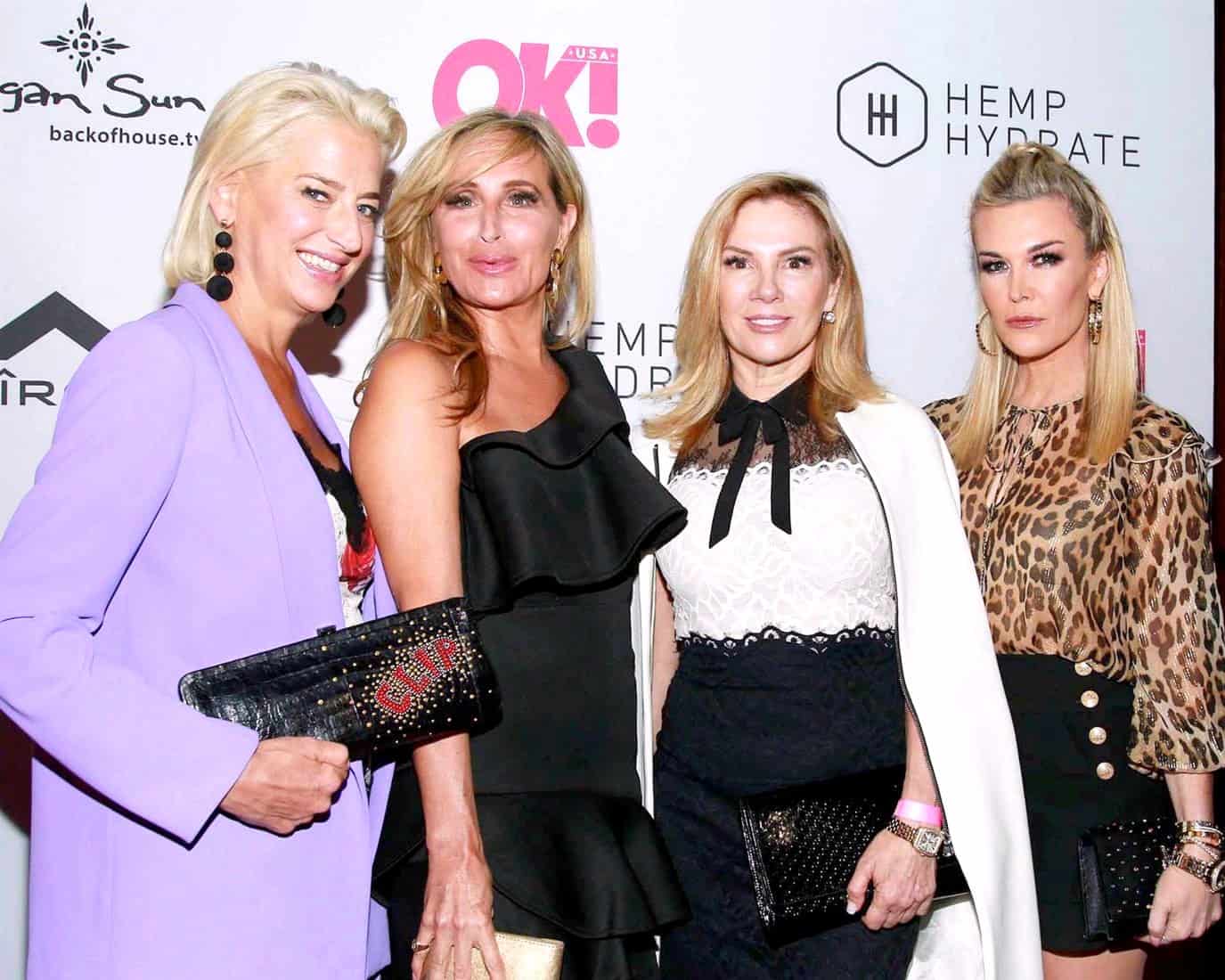 The Real Housewives of New York City cast is reportedly on the outs with Tinsley Mortimer.

Amid rumors claiming Tinsley would be quitting the show after season 12 and moving to Chicago to be with her fiancé, Scott Kluth, who proposed to her in November, a report claims Tinsley skipped out on a very important event with her co-stars.

On December 19, Us Weekly revealed that while the rest of the cast, including Ramona Singer, Dorinda Medley, Luann de Lesseps, and new cast member Leah McSweeney, filmed the season 12 finale at Sonja Morgan’s Drag Queen Bingo event for Glaad at Chelsea Studio Space on Wednesday, Tinsley was a no-show.

Although Tinsley did have a prior commitment to host a fundraiser for No Dogs Left Behind at ba&sh, her event ended at 8 p.m. and Sonja’s event didn’t conclude until 10 p.m. So, initially, Tinsley’s co-stars believed she would stop by.

“None of the housewives were happy with Tinsley,” the source noted.

Earlier this month, as the RHONY cast enjoyed a girls’ trip to Mexico, Tinsley was noticeably absent, which fueled the ongoing rumors regarding her potential exit from the series. However, after a report claimed she had quit the show due to an ultimatum given to her by Scott, Tinsley spoke out. She confirmed that she was continuing to honor her commitments with Bravo.

A short time later, Tinsley seemingly confirmed she was still in production by sharing a photo from what appeared to be a confessional scene.

“Glam sesh today!” she wrote in the caption.

According to Us Weekly, a source previously told them that Tinsley would be moving to Chicago after filming on season 12 wraps.

“She is moving for love,” the insider said in November. “This is a very happy time in her life right now and everyone is rooting for her and Scott. They have addressed all their issues and no longer want to live without each other. She is very, very happy!”