Home Real Housewives of Orange County News RHOC’s Kelly Dodd Accuses the ‘Tres Amigas’ of Being Mean to Fans as She Believes Tamra is Manipulating Braunwyn, Plus She Suggests She Carried This Season

RHOC’s Kelly Dodd Accuses the ‘Tres Amigas’ of Being Mean to Fans as She Believes Tamra is Manipulating Braunwyn, Plus She Suggests She Carried This Season 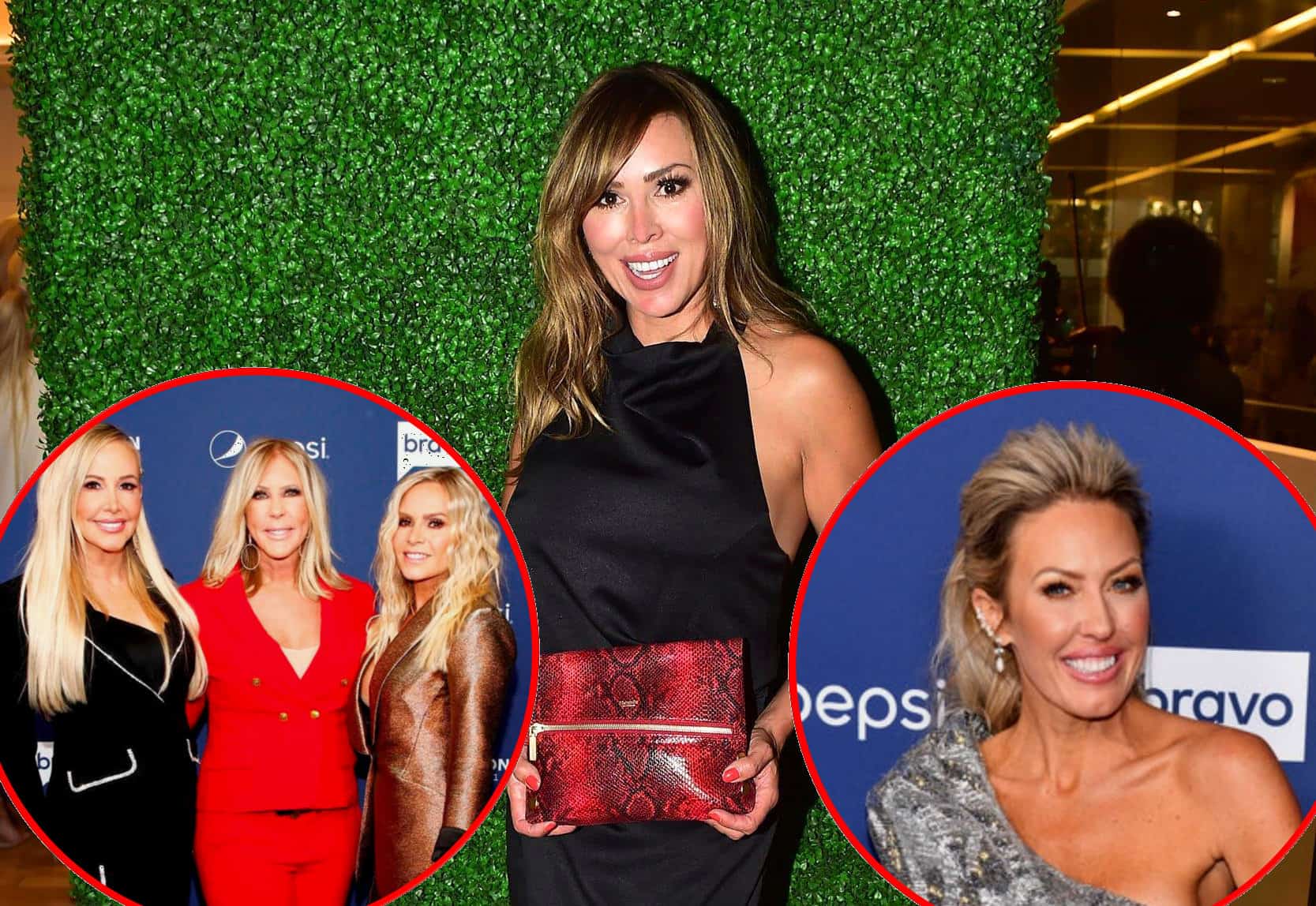 Kelly Dodd doesn’t believe Braunwyn Windham Burke and Tamra Judge share a genuine friendship as she also accuses the ‘Tres Amigas’ of being mean to their fans.

While taping a live Instagram Q&A with Braunwyn as they watched Thursday night’s episode of the Real Housewives of Orange County reunion, Kelly warned Braunwyn about Tamra before taking aim at the ‘Tres Amigas,’ and then going on to suggest that she carried the entire 14th season of the RHOC on her back.

Although Braunwyn believed Tamra was a good friend to her throughout season 14 and made herself available to her when needed, Kelly suspected Tamra had ulterior motives for her support of the newest cast member.

“She wants to manipulate you… But it’s okay. You can figure it out on your own self,” Kelly warned.

As Braunwyn continued to speak highly of Tamra, Kelly spotlighted the “Tres Amigas,” which includes Tamra, Shannon Beador, and Vicki Gunvalson, and accused the group of women of being mean to their fans.

“We’re nice to our fans and [they] are mean to our fans,” Kelly said of her co-stars.

Kelly then responded to a fan who wanted to know where she and Braunwyn stood with Gina Kirschenheiter.

“Where is Gina? I haven’t talked to Gina,” Kelly admitted.

“Last time I spoke to Gina, she was supposed to come to my birthday party,” Braunwyn added.

Kelly also suggested in a post on her Instagram Stories that it was she who carried the entire season of the show this year.

In a post shared last night, Kelly spotlighted a message from a fan who joked that Kelly had been hospitalized for severe back pain after “carrying the entire [RHOC] season and reunion on her back.”

Also during her conversation with Braunwyn, Kelly took aim at Tamra’s teeth by suggesting they are “fake.”

“No, hers are real,” Braunwyn insisted.

“She has caps on them,” Kelly explained.

Although it doesn’t appear that all of Tamra’s teeth are fake, she did lose a tooth earlier this year during a girls trip with the RHOC cast, which may have been what Kelly was referring to.