Home Real Housewives of New Jersey News PHOTOS: RHONJ’s Joe Giudice Reminisces About Marriage to Teresa After Split as Teresa Reacts, Plus She Prepares to Ring in the New Year With Kids Following Their Trip to Italy

PHOTOS: RHONJ’s Joe Giudice Reminisces About Marriage to Teresa After Split as Teresa Reacts, Plus She Prepares to Ring in the New Year With Kids Following Their Trip to Italy 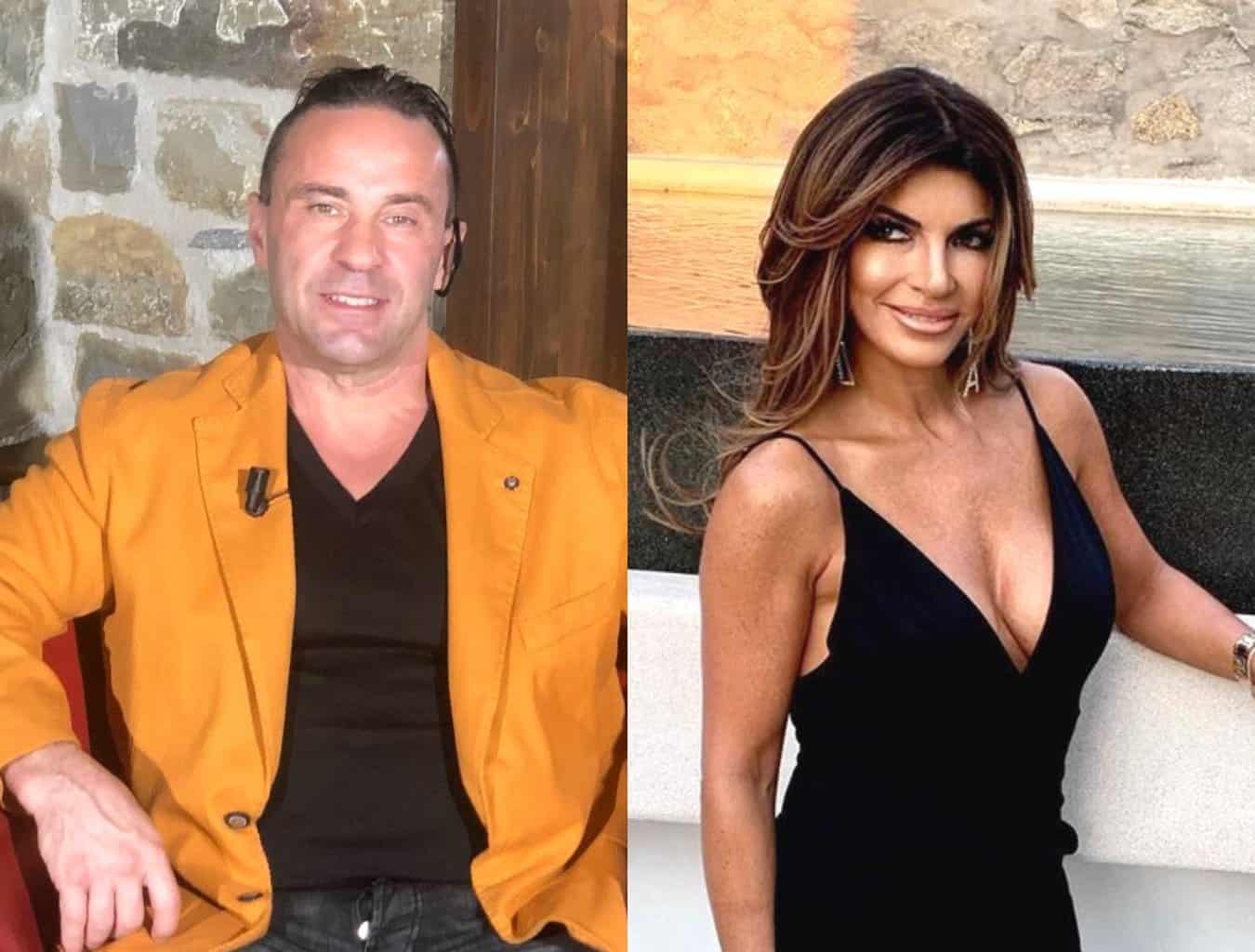 Joe Giudice is missing his wife, Teresa Giudice, following their separation earlier this month after 20 years of marriage.

As the Real Housewives of New Jersey cast member prepares to celebrate New Year’s Eve with her four daughters after their recent trip to Italy, Joe has shared a number of old photos of himself, Teresa, and their kids, Gia, Gabriella, Milania, and Audriana. He told his fans and followers that his times in America with his family were his “best times.”

“This was taken at MILANIA’S COMMUNION! I will always adore the memories I made in America and how much fun we had as a family! I will always love my family and care about them, even if their not here because of choices so tonight I share with you all of me! We had wonderful times in America as a family that I will always cherish forever!” Joe wrote in the caption of one of his family pics.

In October of this year, after spending months in ICE custody following a deportation order last year, Joe returned to his native Italy to await a final decision on his deportation appeal. Since then, his kids have visited him on different occasions, once with their mother and once by themselves.

In a second Instagram post, a video, Joe looked back on the legal mistakes he made and said he will forever regret the way he hurt his children.

“2019 got me all sorts of ????! The day I left over four years ago to go in is shown in this scene it was worst mistake I made hurting my babies!” Joe reflected. “It has been the best week of my life being us again! I read a quote in there which stuck with me you cannot change your destination overnight, but you can change your direction overnight… I’m willing to change for my girls. #motivation #life#MMXX here’s to turning 50 new outlook and beginning!”

Teresa reacted to the above post by Joe by writing: “Enjoy Rome ????” 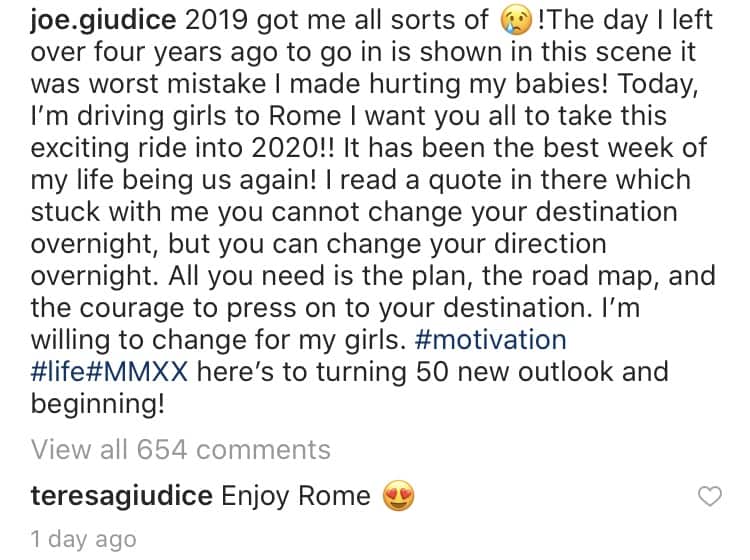 Teresa also liked the photo below of herself and Joe, which Joe captioned: “Good Times.” 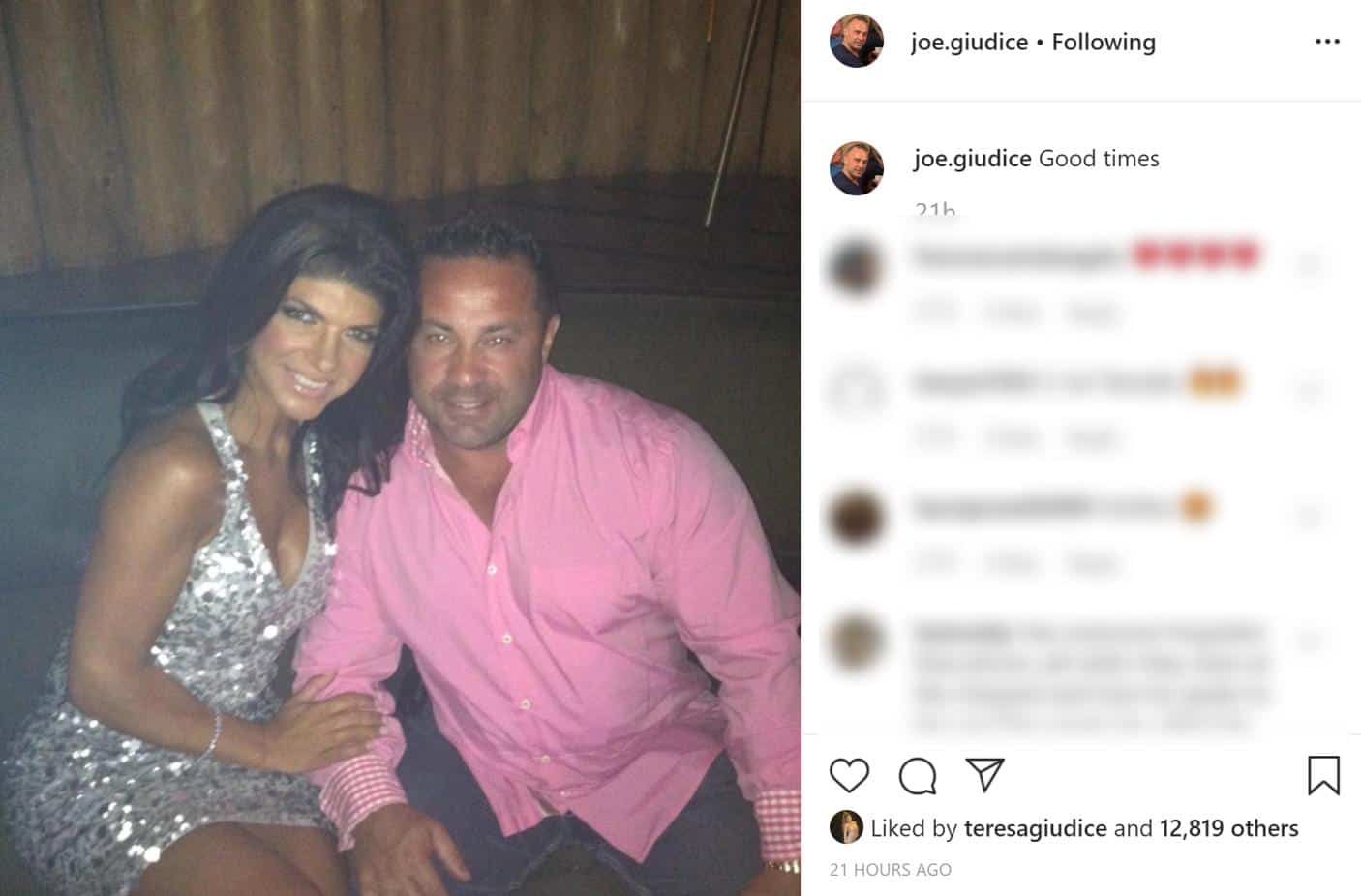 Joe went on to share more images of himself with Teresa and their kids before telling his online audience he missed the days he and Teresa spent as a family.

In the caption of Joe’s latest Instagram photo, which featured him and his kids in Rome, the reality star shared a quote from Henry Ford about moving on from failure with a new beginning.

After spending Christmas in Italy with their father, Gia, Gabriella, Milania, and Audriana will be ringing in the New Year with their mother, who is thrilled to have her kids home after spending the past several days without them.

“Teresa will be spending New Year’s with her girls and is really looking forward to that,” a source close to the reality star revealed to Hollywood Life on December 29. “She was able to work her work schedule out to do this and she’s excited to see them again. She was glad she was able to work that out so both parents get some holiday time with them.”

“It was hard for her to not be with the girls on Christmas, but she 100% supported them going to Italy,” the insider continued. “This Christmas it was all about being with her dad who’s had a rough year with his health. She wasn’t really in a position to leave him. They had some really special and nice times together and will celebrate the new year as a big family this week.”