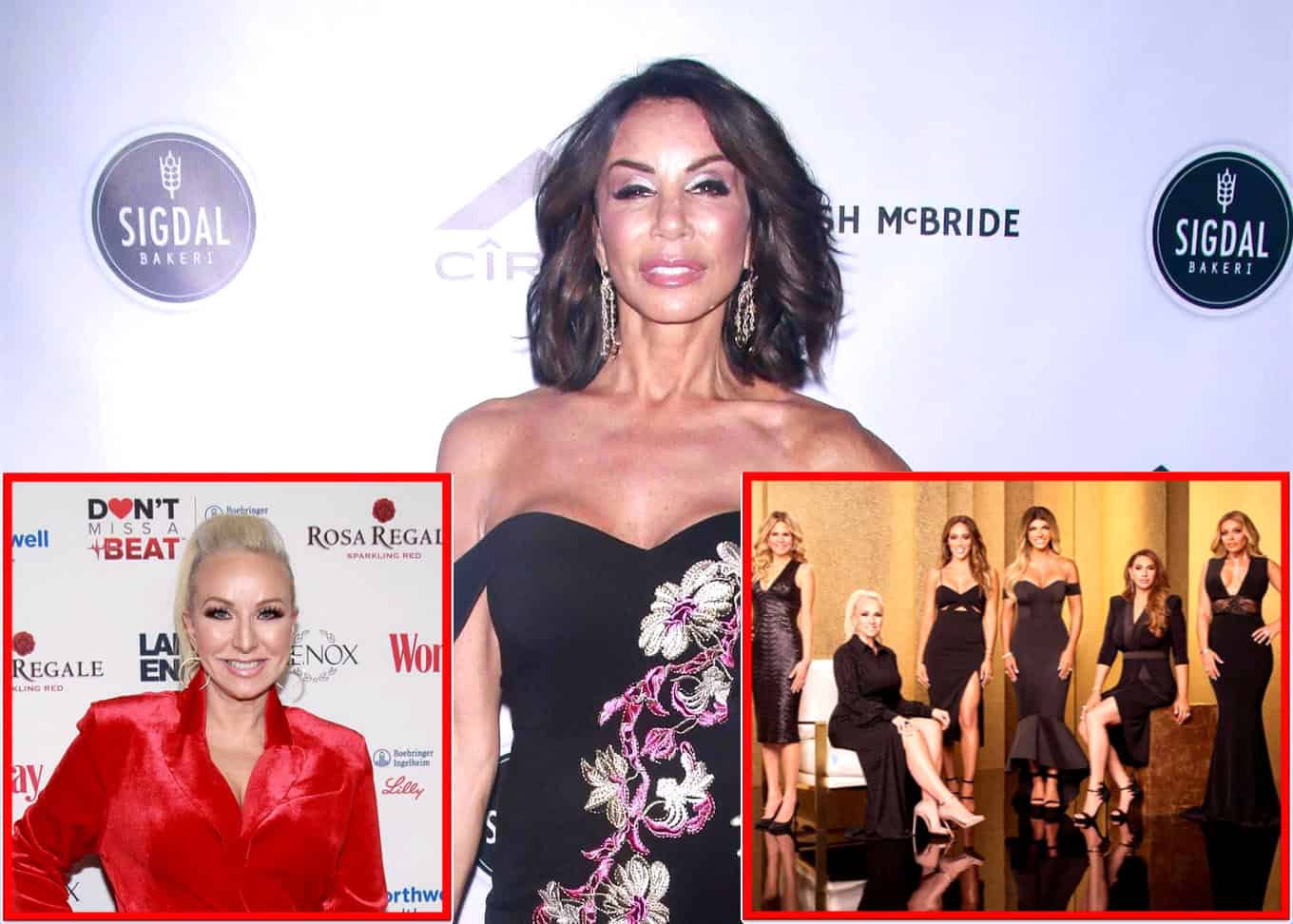 Danielle Staub has zero regrets about her physical altercation with Margaret Josephs.

Danielle was forced to defend herself on Instagram against a fan who accused her of cowardly attacking Margaret from behind during Wednesday night’s episode of The Real Housewives of New Jersey. Plus, Danielle also appeared on the RHONJ: After Show, where she looked back on her violent encounter with her co-star and slammed her “vile” castmates.

After accusing Margaret of sticking her nose where it doesn’t belong and claiming she helped her fit in with the RHONJ cast, Danielle told producers that Margaret was the one who owed her a “big apology” and plenty of “gratitude.”

“When it escalated to her pouring water over me, I really just didn’t expect it. But I should always expect the unexpected with Margaret,” Danielle said of her ugly fight with Margaret. “She crosses every boundary of mine. People have asked me why I haven’t done anything to her sooner. It [wasn’t] in me but if you poke at somebody long enough… I was backed into a corner and I was done.”

According to Danielle, she decided to teach Margaret a lesson by pouring her bag into a candle and later yanking her by her hair from behind.

“It made me feel happy. I felt happy. Everyone was in shock and I’m like, ‘Oh, that shocks you?'” Danielle recalled. “All of them, collectively, really are just the most disgusting, vile people ever. I would never be around a group like that again. And you know what? They should be very careful.”

When it comes to the RHONJ cast, Danielle said she holds plenty of secrets and could expose them at any moment before suggesting Margaret made a “racist” comment about her having a “dark soul” during season 10.

As for her regrets, Danielle wouldn’t take back her fight with Margaret.

“Regrets? Hell no! My only regret is not doing it sooner!” she proclaimed.

In other Danielle Staub news, the reality star attempted to defend her attack on Margaret on Instagram after a fan suggested that pulling Margaret’s hair from behind was a “b***h move” by claiming the only reason Margaret threw water on her was because she had plenty of backup nearby.

“Yeah it’s easy for her to do that while she’s got six of the [women] standing behind her how about when she went behind my back and grabbed my husband and caused our divorce and then destroys every single relationship with those I introduced her to,” Danielle explained. 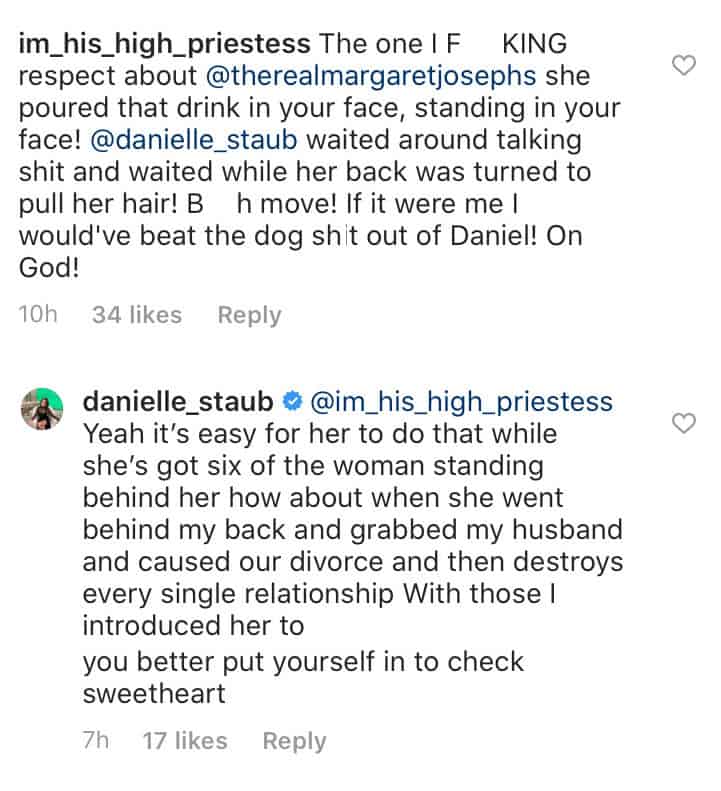