Home Real Housewives of Orange County News Vicki Gunvalson Implies Bravo Set Her Up to Look Bad on RHOC, Admits She’s Uncertain About Her Return and Claims Cast Pushed Her to Limit at the Reunion

Vicki Gunvalson Implies Bravo Set Her Up to Look Bad on RHOC, Admits She’s Uncertain About Her Return and Claims Cast Pushed Her to Limit at the Reunion 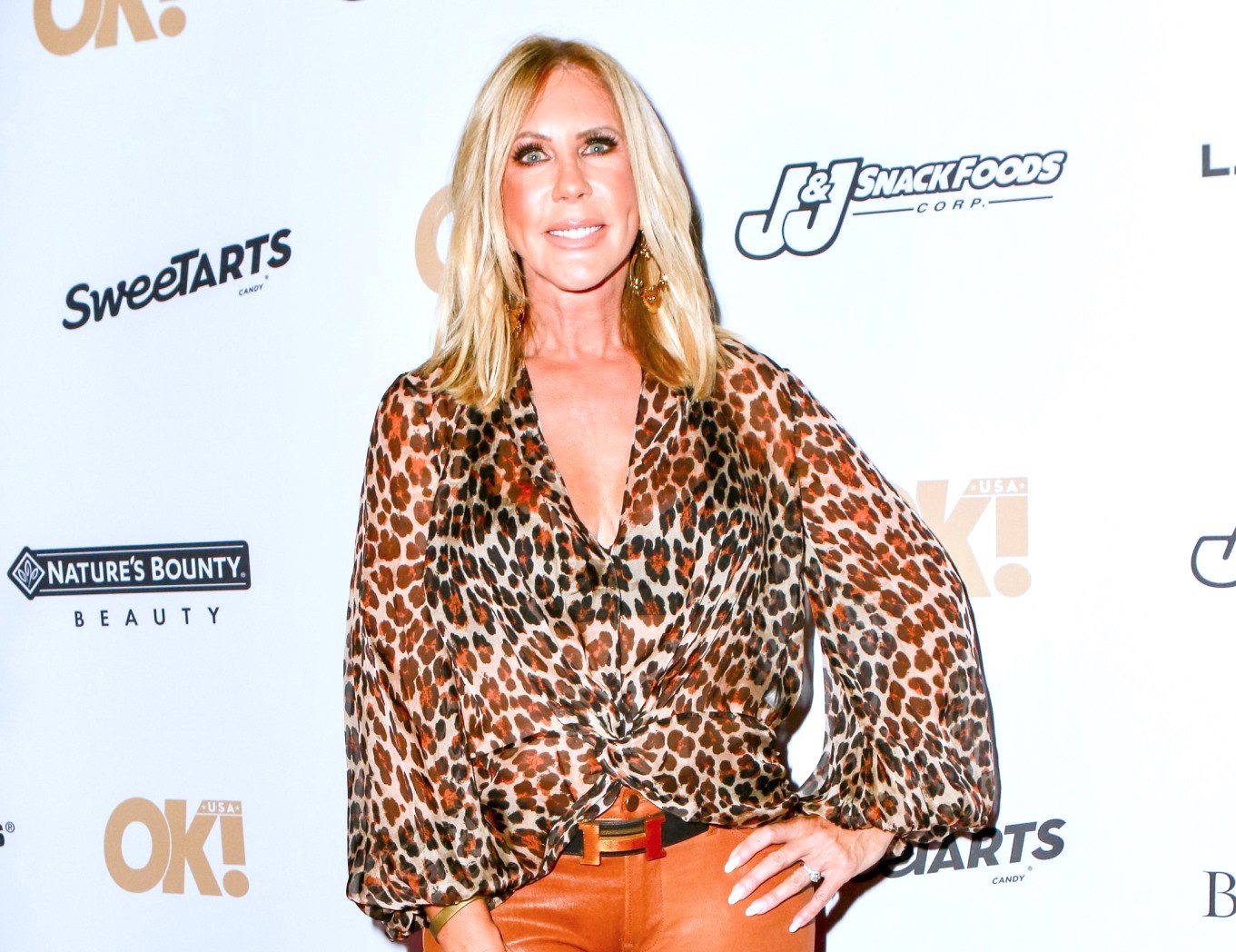 Vicki Gunvalson is hoping to have a big 2020 but will it include a return to The Real Housewives of Orange County?

Vicki responded to several fans on Instagram who had questions about her potential role on the upcoming 15th season, her belief that Bravo made her look bad on season 14, and her shocking behavior at the reunion.

In the comments section of one of her posts, one fan asked, “Is it true that you are not coming back?”

In response, Vicki, who has said that she will not return to RHOC in anything but a full-time role, responded: “No truth to that. I don’t know yet.”

In a second Instagram post shared by Vicki, in which she teased a 2020 wedding to fiancé, Steve Lodge by using the hashtag “marriage in 2020,” fans asked her further questions about her role on the RHOC.

A second commenter said that starring on a Bravo show appeared to be a “curse” before suggesting that the network always seems to have “that ONE person in mind to set up and make look bad,” and Vicki agreed. 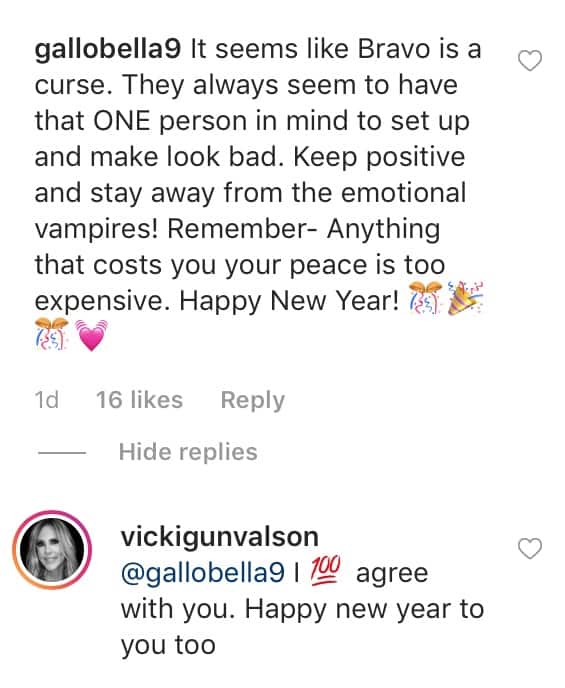 As for the recently-aired RHOC reunion, which featured Vicki displaying some diva-like behavior as she suggested the series was her show, a third commenter wanted to know if Vicki was doing “better” after “acting crazy” during the taping.

According to Vicki, there was a lot that went down off-camera that fans weren’t aware of and much of that fueled the over-the-top antics viewers saw on the three-part special.

“There is a lot you the viewers didn’t see, and they pushed me to my limit. I am sorry that anyone saw me so upset like that. It takes a lot for me to get that way,” she shared. 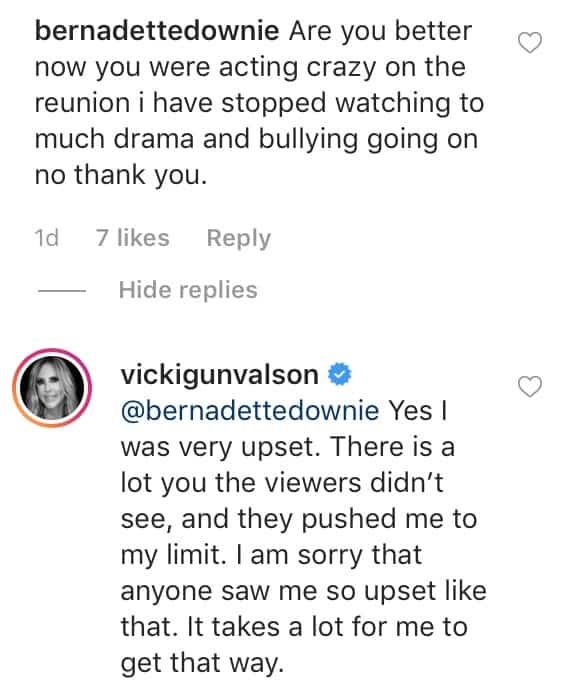 The Real Housewives of Orange County season 15 is expected to begin production in the coming months.