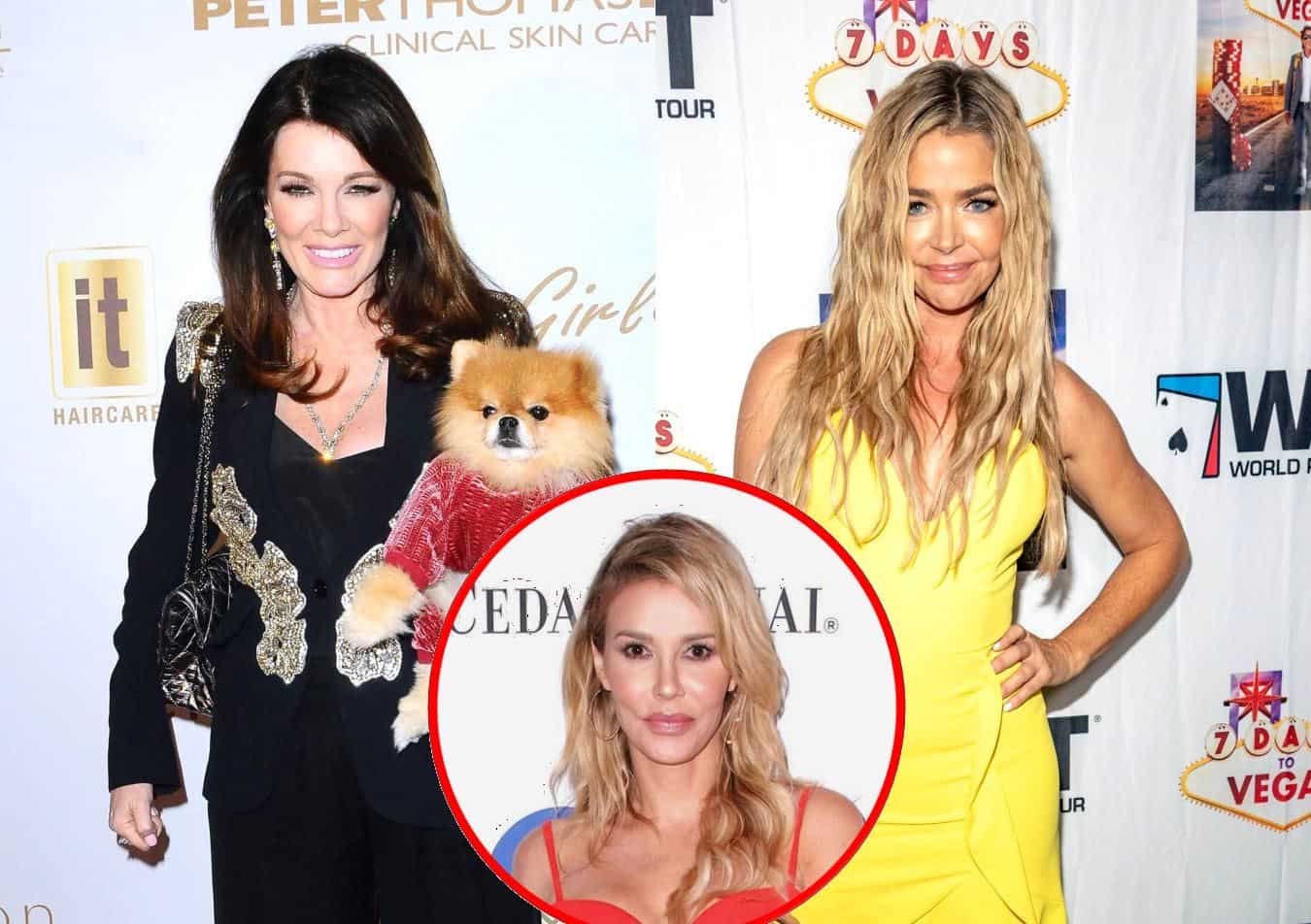 Real Housewives of Beverly Hills star Lisa Vanderpump reflects on her decision to leave the show as she comments on the drama Denise Richards is currently facing with the current cast.

With rumors of Denise refusing to film with the RHOBH season 10 cast, former cast member Lisa can’t help but relate it back to her decision to quit the show in 2019. As fans may recall, at the time Lisa stepped down from her Beverly Hills “throne,” Denise repeatedly encouraged her to try to make amends with the group.

“It was funny because [Denise] would call me and say — well, just once or twice — and say, ‘Oh, you should come back to the [season 9] reunion. Everybody would love to see you,’”  the restaurant mogul said in a recent interview with Us Weekly. “She said [that] to me when I left. … I’m like, ‘Yeah, OK, fine. I’ve had enough of that.’”

While Lisa’s situation is a bit different than Denise’s, the Bravo star knows how tense things can get between cast members. This is ultimately why she chose to take a step back, resulting in her failure to show up to the season nine reunion.

“I don’t know how heated it got. I mean, I felt like the point of reunion is ambition to reunite, and I had no ambition to reunite” Lisa continued. “It didn’t matter what they said, what I said. They would talk over me and say, ‘Oh, you’re a liar.’ So I thought, what was the point?”

As fans have learned over the past few weeks, the Beverly Hills cast has reportedly grown annoyed with Denise after she failed to show up to a cast finale party and was absent from other events. And an alleged affair between Denise and former Beverly Hills housewife Brandi Glanville has been rumored to be the cause of a lot of the cast drama.

And while Lisa said she didn’t know how much truth there was to the rumor, she did quip that her former friend and costar Brandi “fits in perfectly” when it comes to the current drama surrounding the show. But unlike Denise, who once suggested Lisa try to reconcile with the group, the Vanderpump Rules star is steering clear of giving any such advice.

“Because you know, if you ever warn somebody about anybody, it’s kind of, they would construe that as manipulation and that’s not,” the restaurant owner explained. “I think everybody kind of views each and every one differently, you know? So she might have great experience with her like I did at the beginning.”

But Lisa has admitted she has “no comment” on the matter and she’ll never see the drama play out on-screen since she has no interest in watching the upcoming season of the show.

“I think I’ve moved on from that, and the last few times that I was with them, it was so painful,” admitted Lisa. “I wish them well, but I’ve moved on with my life.”