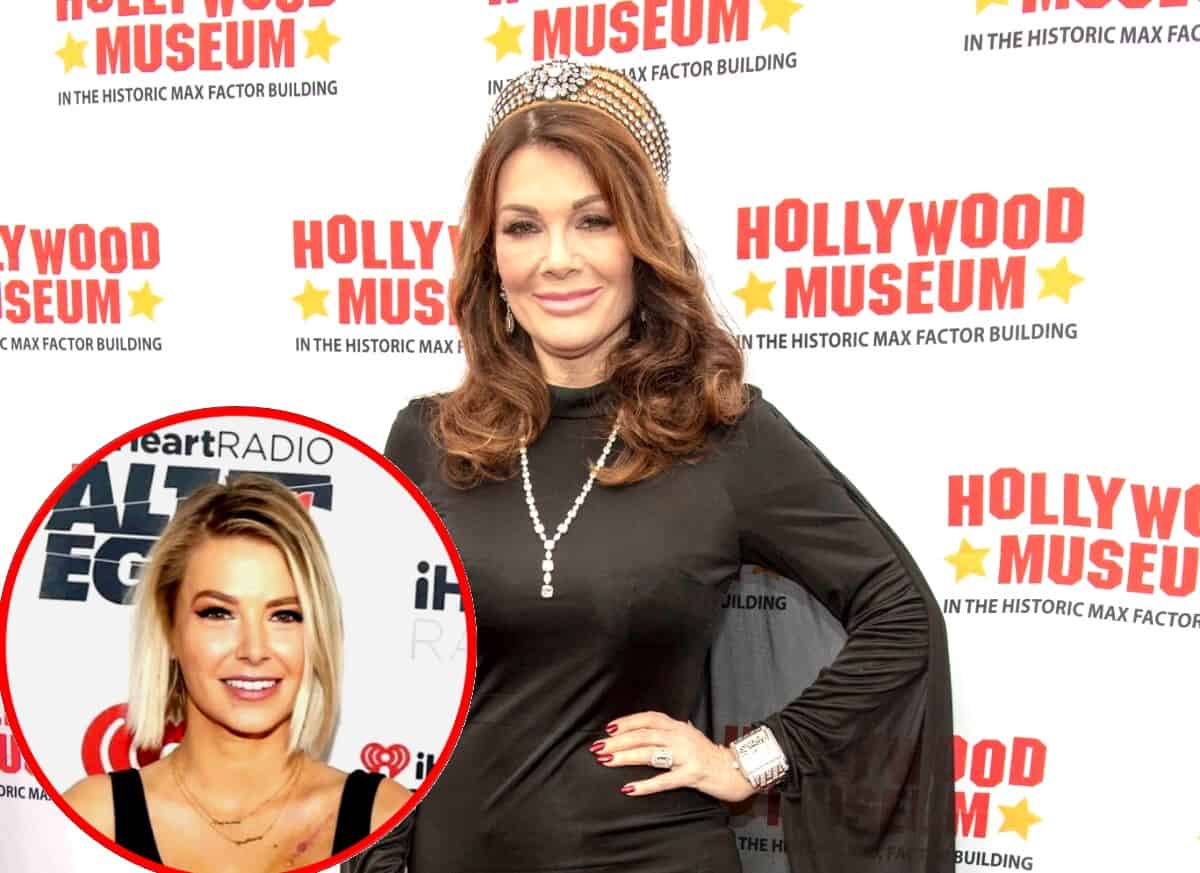 Lisa Vanderpump is opening up about the new season of Vanderpump Rules.

Just over two weeks after the season eight premiere, the former Real Housewives of Beverly Hills star shared her thoughts on the new season while also revealing how she feels about Ariana Madix, dishing on a co-star hitting rock bottom, and reacting to the idea of a potential spinoff series with the new cast members of the show.

“It’s a very convoluted, complicated experience… and it has been for many years,” Lisa explained to Entertainment Tonight of the new season of Pump Rules on January 14. “They kind of struggle to grow up. A lot of the time they get it right, but equally they get it wrong this season. It’s very divided. But it’s a great season. And, we’ve got great new cast members which changed the dynamic. It’s a lot of fun, but also there’s some very poignant moments too.”

During this week’s episode, Lisa was seen confronting her past issues with Ariana Madix during a tense chat at SUR Restaurant, where Ariana hoped to be re-hired as a bartender. However, months after the episode was filmed, Lisa made it clear that she and Ariana are back on good terms and noted that Ariana went through “a lot” after opening up about her depression struggles on the show.

“[Ariana] said some negative things, which she regrets, and I don’t want to go back to that space because I truly love her and she needed a lot of support this season,” Lisa explained.

As Pump Rules fans will recall, Ariana dissed Lisa for her alleged poor treatment of her boyfriend, Tom Sandoval, and labeled her “vindictive” last year but ultimately apologized for the hurtful statements she made.

While Lisa didn’t say much about the ongoing feud between Stassi Schroeder and Kristen Doute, she did shed some light on what went down between them before admitting that certain friendships between cast members appeared to be over for good by the end of the season.

As the interview continued, Lisa spoke of a cast member who “hit rock bottom” before addressing the idea of a potential Pump Rules spinoff series, which would follow the cast members of the show who no longer work at SUR Restaurant.

“I have no idea. Who knows what the future holds?” Lisa said of the possibility.

Then, when asked if the cast would be able to branch off into two different series, Lisa said, “Not yet, but maybe at some point in the future.”