Home Vanderpump Rules Vanderpump Rules’ Scheana Reveals If She Hooked Up With Shep Rose and Which Bravo Star She Wanted to Hook Up With, Plus What She Bought Boyfriend Brock Davies

Vanderpump Rules’ Scheana Reveals If She Hooked Up With Shep Rose and Which Bravo Star She Wanted to Hook Up With, Plus What She Bought Boyfriend Brock Davies 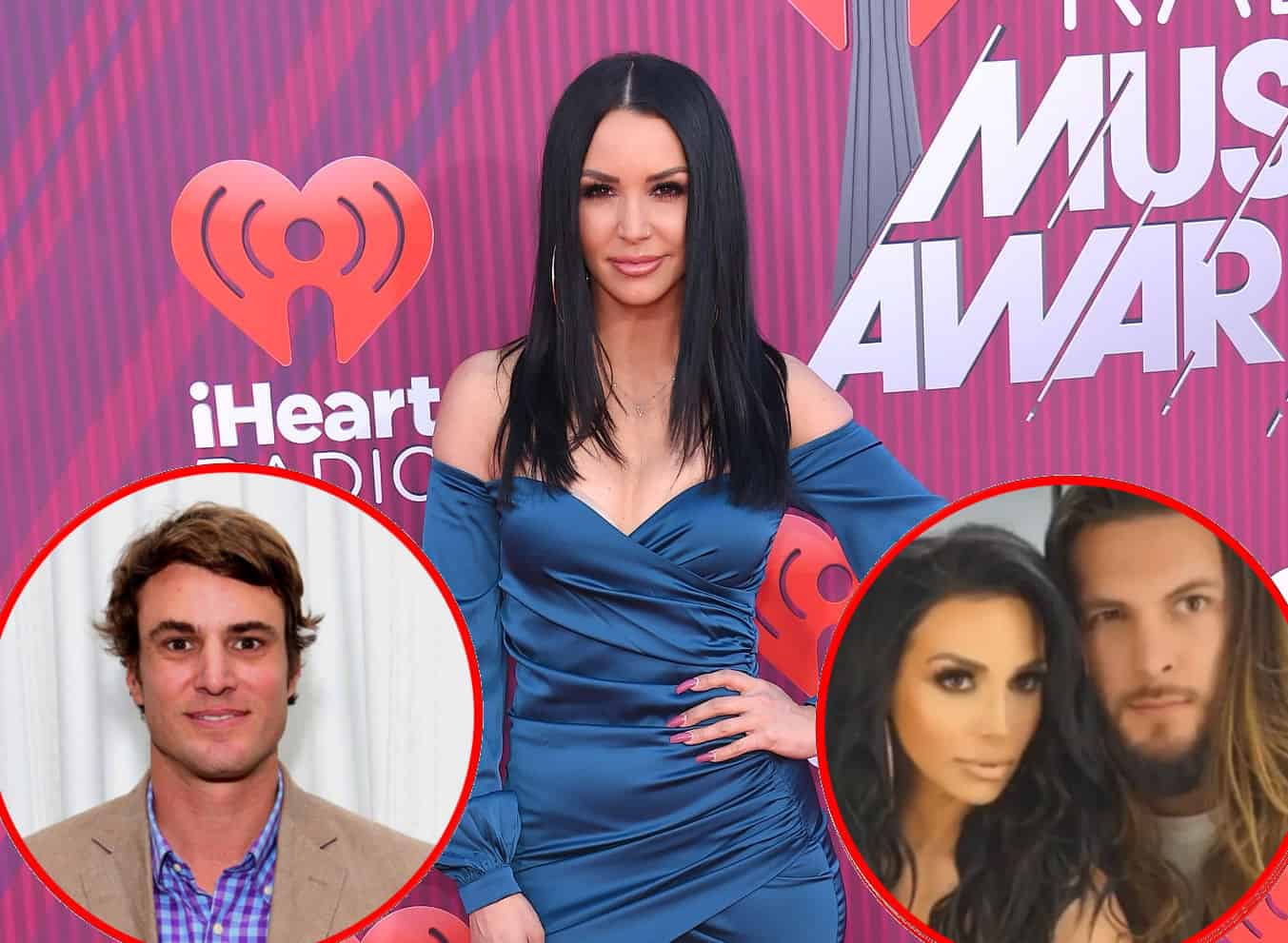 Scheana Shay opened up about her love life during a recent podcast appearance.

Months after embarking on a new romance with boyfriend Brock Davies, the Vanderpump Rules cast member spoke about her past hookups before claiming she was married to a “sloppy drunk,” dishing on her first moments with Brock, and revealing the Apple product she recently purchased him.

After being asked about potential hookups with celebrities, Scheana, whose affair with Brandi Glanville‘s ex-husband Eddie Cibrian made headlines in 2009, joked that she’s “never” slept with anyone famous before giving a nod to her fling with singer John Mayer.

”My body may be a wonderland,” Scheana teased on The Daily Dish podcast.

She then admitted that when it comes to her fellow Bravo stars, she’s hung out with a couple of different guys but never slept with any of them.

“[Southern Charm star Shep Rose] and I hung out a couple times but [I] never slept with him,” she shared. “Same with [Summer House‘s Carl Radke]. [We] hung out a few times. [I] never slept with him. They’re just fun guys who I met when I did Watch What Happens Live with Shep a couple years ago, and I was in a relationship, so we just had a great friendship. And then he did my podcast in L.A. and we hung out after, had too many drinks, and had a drunken make-out.”

As for whether or not she’s wanted to hookup with any Bravolebrities, Scheana said there was just one.

“There was someone,” Scheana admitted. “I don’t even remember his name but when I was here last year they were showing me different pictures of ‘Would You or Wouldn’t You?’ And it was someone on [Million Dollar Listing: New York].”

When the hosts asked if she was referring to cast member Steve Gold, Scheana said, “Probably, yeah.”

According to Scheana, being a “sloppy drunk” is her biggest turnoff, mainly due to the fact that she “totally” has PTSD (Post-Traumatic Stress Disorder) from her marriage to Mike Shay.

“A sloppy drunk is so unattractive,” she explained. “Brock and I will party our a**es off together but it’s fun. It’s never sloppy where I’m worried. I was already married to that so that’s just a big no-no for me.”

Moving onto her new man, Scheana revealed she met Brock at a film festival in San Diego and shared her first kiss with him after they acted out the infamous lift move from Dirty Dancing. At the time, Brock had no idea who she was and assumed she was a social media influencer because she had a lot of followers.

“I think the first full episode he saw was the one that airs tonight because I watched it last night.. and he was nodding off during part of it. He had no idea who I was when he met me and then his sister in Australia saw him and I on one of his friend’s Instagram Stories and messaged him like, ‘What are you doing with Scheana?’” Scheana recalled. “That made me so much more interested in him because we made a genuine connection.”

Scheana went on to reveal that after getting backlash for buying her former flame Max Boyens an Apple Watch before being ghosted, Scheana gifted Brock with AirPods for Christmas as he bought her a pair of Gucci sunglasses.

“I got him AirPods, the new ones, and he was like, ‘What is with you buying Apple products for all these guys?’ He’s like, ‘I don’t ever want anything from Apple again,’” she laughed.