Home Real Housewives of Orange County News RHOC’s Emily Simpson Responds After She’s Seen Without Her Wedding Ring, Plus She Reacts to Backlash Over “Geriatric” Comments

RHOC’s Emily Simpson Responds After She’s Seen Without Her Wedding Ring, Plus She Reacts to Backlash Over “Geriatric” Comments 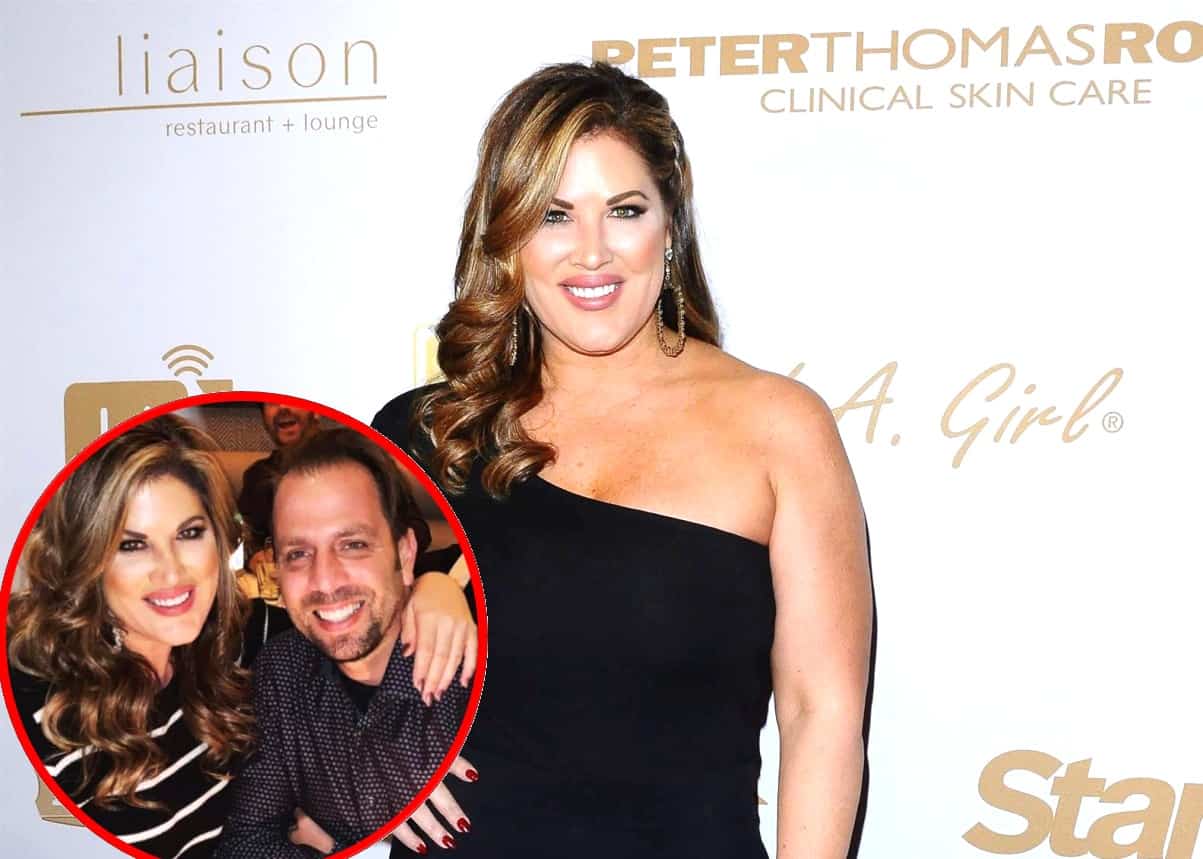 Emily Simpson recently shared a photo of herself on the beach without her wedding ring, and right away, one of her Instagram followers took notice.

After struggling in her marriage to husband Shane Simpson for the past couple of seasons of The Real Housewives of Orange County, Emily responded to the fan’s question about the whereabouts of her ring. Then, she reacted to a question from another fan who called her out for suggesting her former co-stars, Vicki Gunvalson and Tamra Judge, were “old” and “geriatric” during the 14th season of the show.

In Emily’s photo, she was seen posing on her knees in front of the surf with her hands at her side and no wedding ring on her finger.

“You look amazing. Where is the wedding ring though? Did I miss something?” a fan asked in response to her pic.

“I never wear one,” Emily replied.

As RHOC fans may recall, fans also noticed that Emily wasn’t wearing her wedding ring during her November 2019 appearance at BravoCon. However, after facing rumors of a potentially failing marriage, Emily set the record straight on Watch What Happens Live, first telling Andy Cohen that she “rarely” wears her ring before revealing that she “actually lost it.”

“I don’t have a wedding ring,” she explained.

One month prior, fans on Instagram noticed that Shane was also ringless after he appeared in a video with his wife.

“I don’t even know if… I don’t think I have a wedding ring,” he explained after Emily questioned him about where his wedding ring had gone.

In another comment, a fan mentioned Emily’s mean comments towards Vicki and Tamra, which included a comparison between them and The Golden Girls.

“I wanna love you, but your geriatric comments were cringe worthy! Women of all ages and sizes are beautiful, just as you,” the person said.

“It was a joke! Move on,” Emily replied. 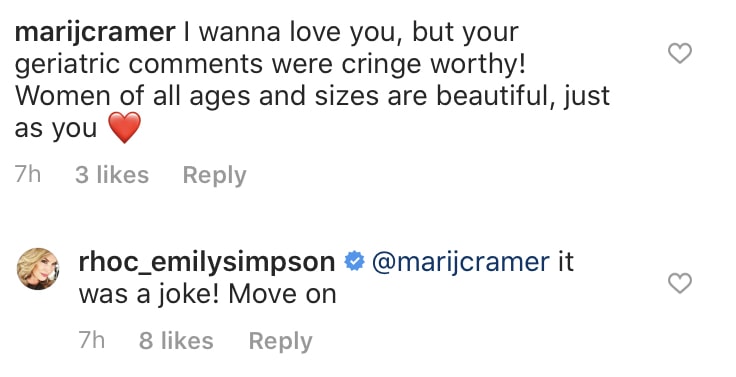