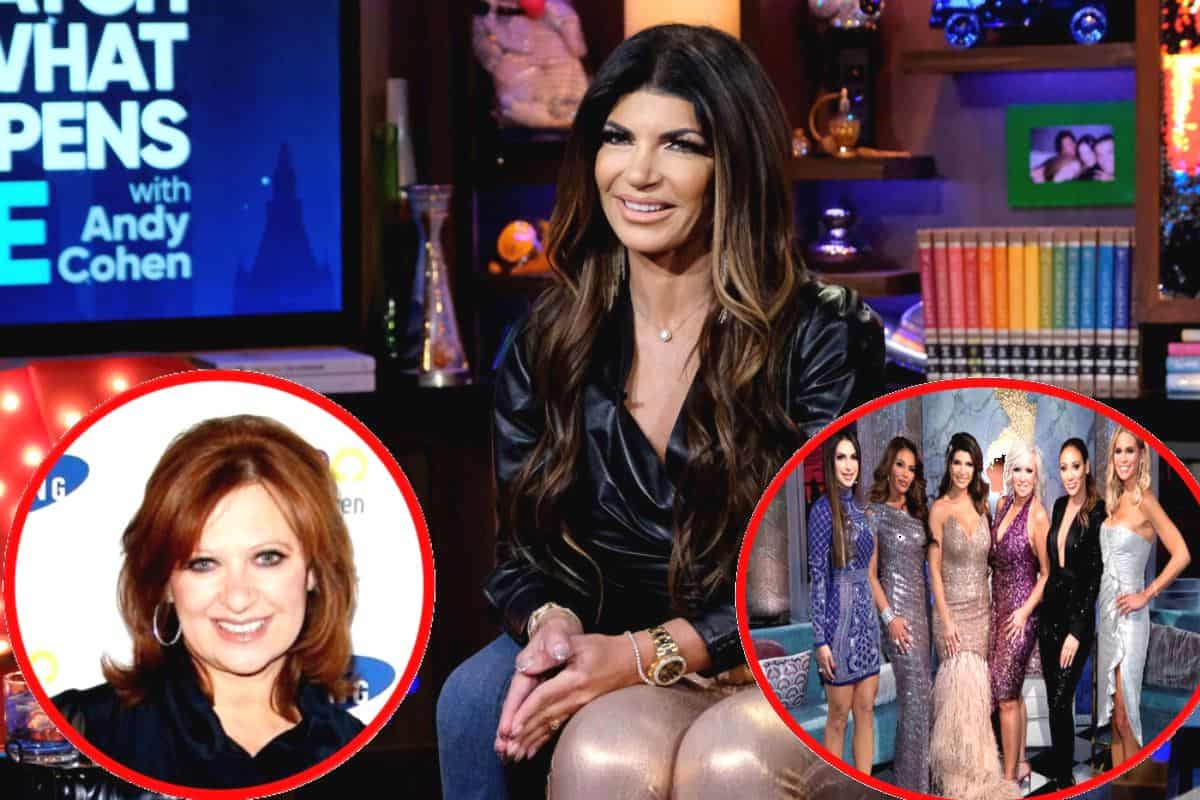 Teresa Giudice is explaining why she would welcome Caroline Manzo returning to The Real Housewives of New Jersey.

In a new clip from the three-part reunion special for the RHONJ, Andy Cohen was seen asking the cast which former member of the show they would want to bring back to the series for season 11 before questioning the Jersey ladies about the richest cast member of the show and which of their co-stars’ homes they’d like to live in.

“Name one former Jersey wife you would want to bring back,” Andy said.

After letting out an uncomfortable grunt, Teresa revealed she would like to bring twins Teresa Aprea and Nicole Napolitano back to the show. Right away, Andy wondered why Teresa wouldn’t want Dina Manzo to rejoin the series.

Meanwhile, Melissa Gorga, Jackie Goldschneider, and Margaret Josephs all agreed with Dolores that Caroline should return.

“I would say Caroline. And Teresa was just filming something with her so maybe there’s a chance of reconciliation,” Margaret suspected.

As for Teresa, she seemed on board with the idea as well, telling her co-stars, “I like a good fight.”

Andy then asked the ladies who they thought was the richest RHONJ star of them all. Everyone seemed to agree that honor belonged to Jackie before sharing whose house they’d like to live in if they couldn’t live in their own.

“Melissa’s,” Jackie replied. “Melissa’s style… I love the decor of her house.”

“I would just move to Jackie’s because [of the] location. I like to stay in town,” Margaret said.

“I would want to see Dolores’ new house,” Teresa shared.

“I pick Teresa’s house. I think it could accommodate my kids,” added Jennifer Aydin.