RHONJ’s Joe Giudice Fires Back After Melissa Gorga Claims He Wasn’t Much Nicer to Teresa Giudice Off-Camera, See His Deleted Post About People Who “Live in Glass Houses” 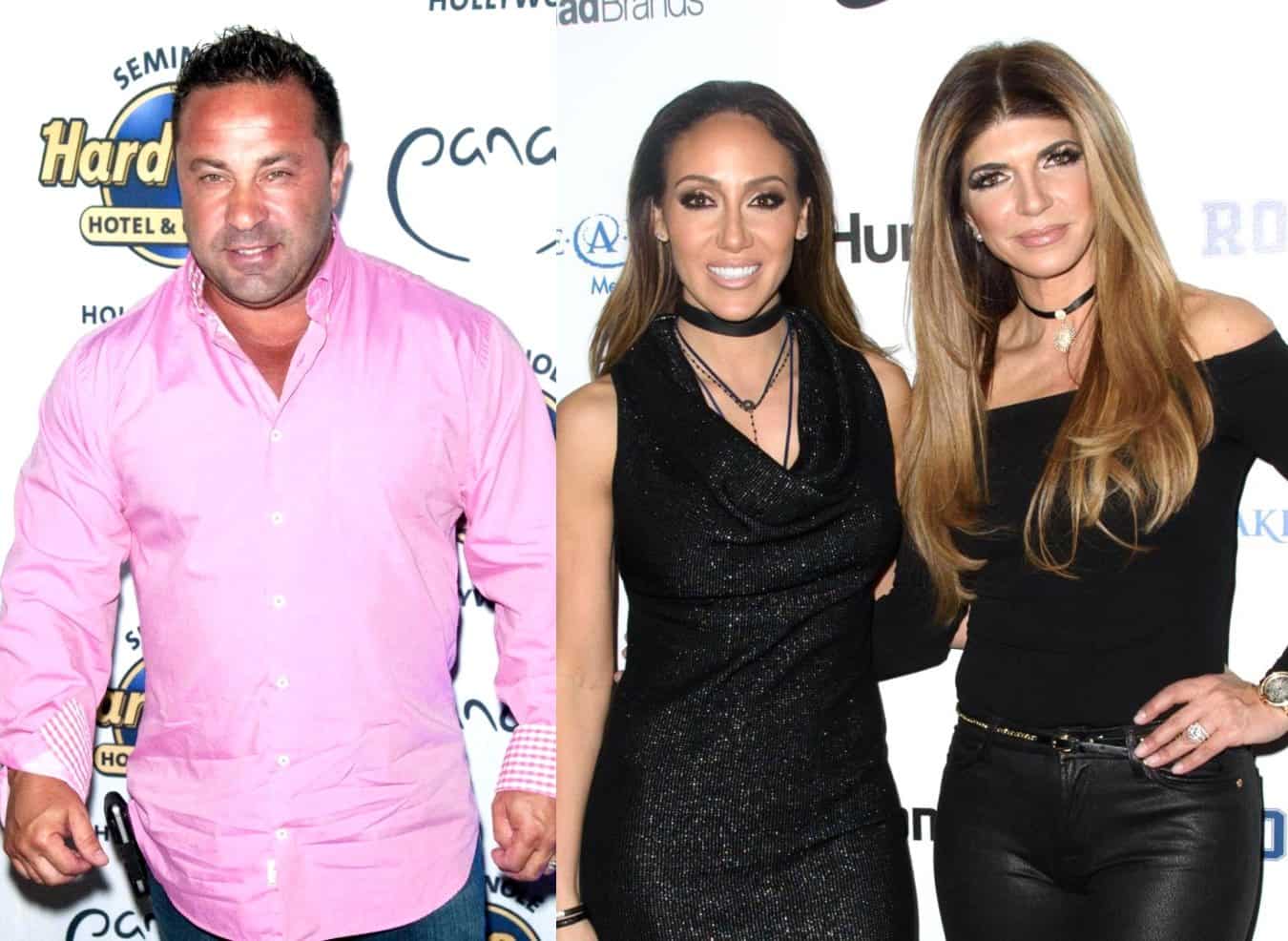 Joe Giudice shared a couple of telling posts on his Instagram page after watching Melissa Gorga bash him on the second installment of The Real Housewives of New Jersey reunion.

Following Melissa’s negative comments about the way Joe treated his now-estranged wife, Teresa Giudice, Joe shared a telling meme about “people who live in glass houses” before applauding Teresa for refusing to add fuel to the negative comments being made about their marriage.

“People who live in glass houses shouldn’t throw stones. Like, don’t criticize something if you do the same or worse, in this case worse. It’s not as cool when you don’t get it,” Joe’s meme read.

In the caption, Joe told his online audience, “It’s OK if you don’t like me. Not everyone has good taste.”

Joe also included several hashtags about his loyalty to his family, including “#familyfirst,” “#lovemywife,” and “#gotyourback,” before seemingly slamming Melissa and her husband, Joe Gorga, who also spoke ill of him on Wednesday’s episode, for being “#fake” and “#phony.” 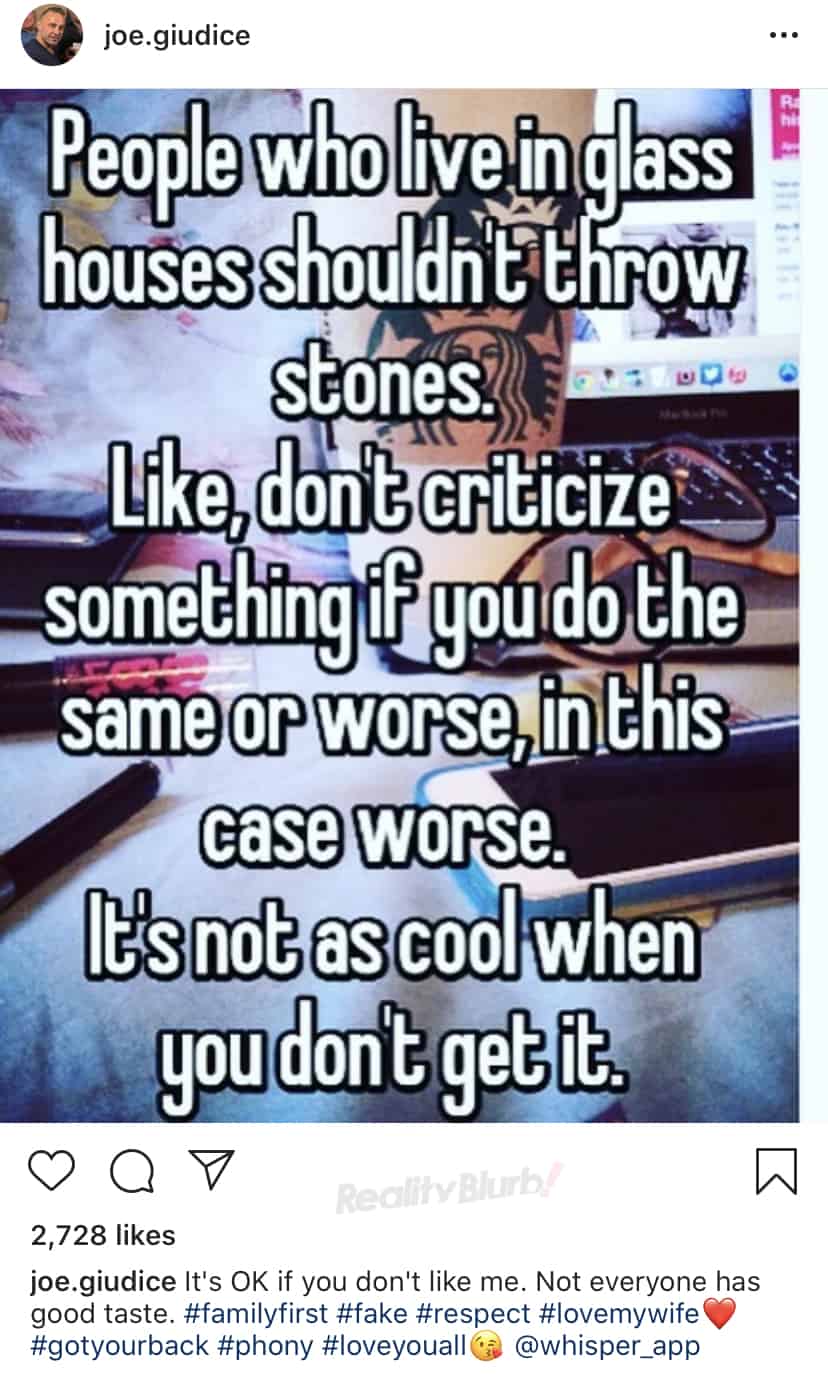 During the reunion, after Teresa suggested Joe only spoke to her aggressively when cameras were rolling because he didn’t enjoy appearing on RHONJ, Melissa said his poor treatment of his wife “was not just on the show.”

“He hated the cameras, he did, he would get so frustrated so you would see it more,” she shared.

Melissa then slammed Joe for failing to “baby” Teresa and said he wasn’t passionate about their romance.

“He wasn’t passionate, he wasn’t kissy-huggy. He was never praising Teresa,” Melissa explained.

After Joe posted his meme, he suggested that certain cast members had changed in the years since he began serving a prison term for bank and wire fraud.

“I’m sorry people have changed [so] dramatically in four years or I have. Listen all I’m saying stay safe, work, and enjoy your life with family,” he said in a commented.

In a second post, which included the hashtags “#phony” and “#bullsh***ers,” Joe admitted he “overreacted a bit” before explaining that his fans and followers “don’t understand [his] frustration.”

“I am pissed and worried sick for my family. Then, you got numb [nuts] with no sense. If you were worried, [the] right thing to say to Teresa is, ‘Hey can I help your marriage,’ not abrupt or violate trust so our kids hear family talking on TV,” he continued.

Joe then applauded his wife for refusing to take part in the character bashing that occurred during Wednesday’s show.

“[Teresa] is smart not to add fuel to negative feelings about our marriage especially when it’s not truth it will do a lot of damage to kids,” he added. 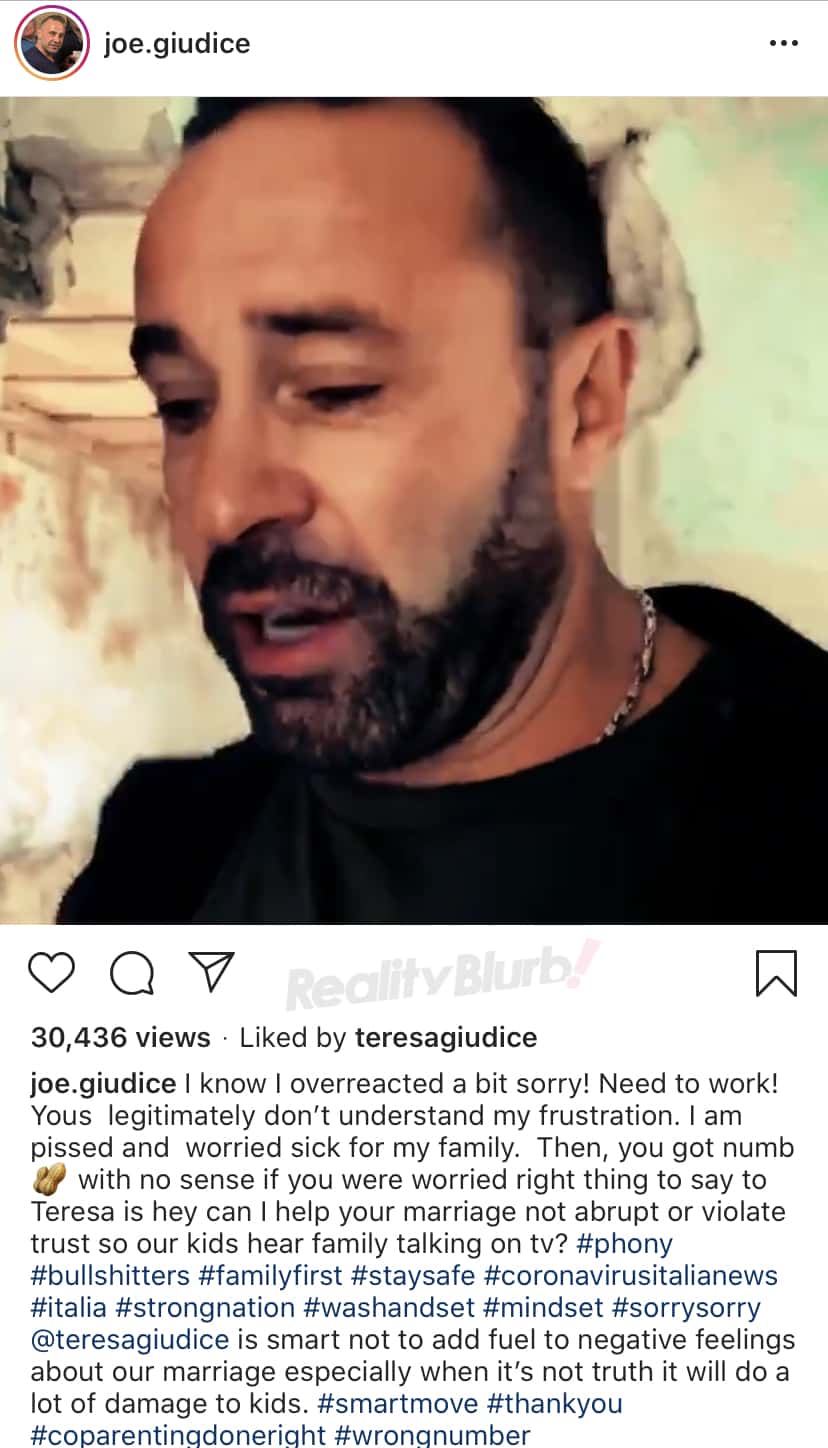 The Real Housewives of New Jersey season 10 reunion concludes next Wednesday at 8 p.m. on Bravo.