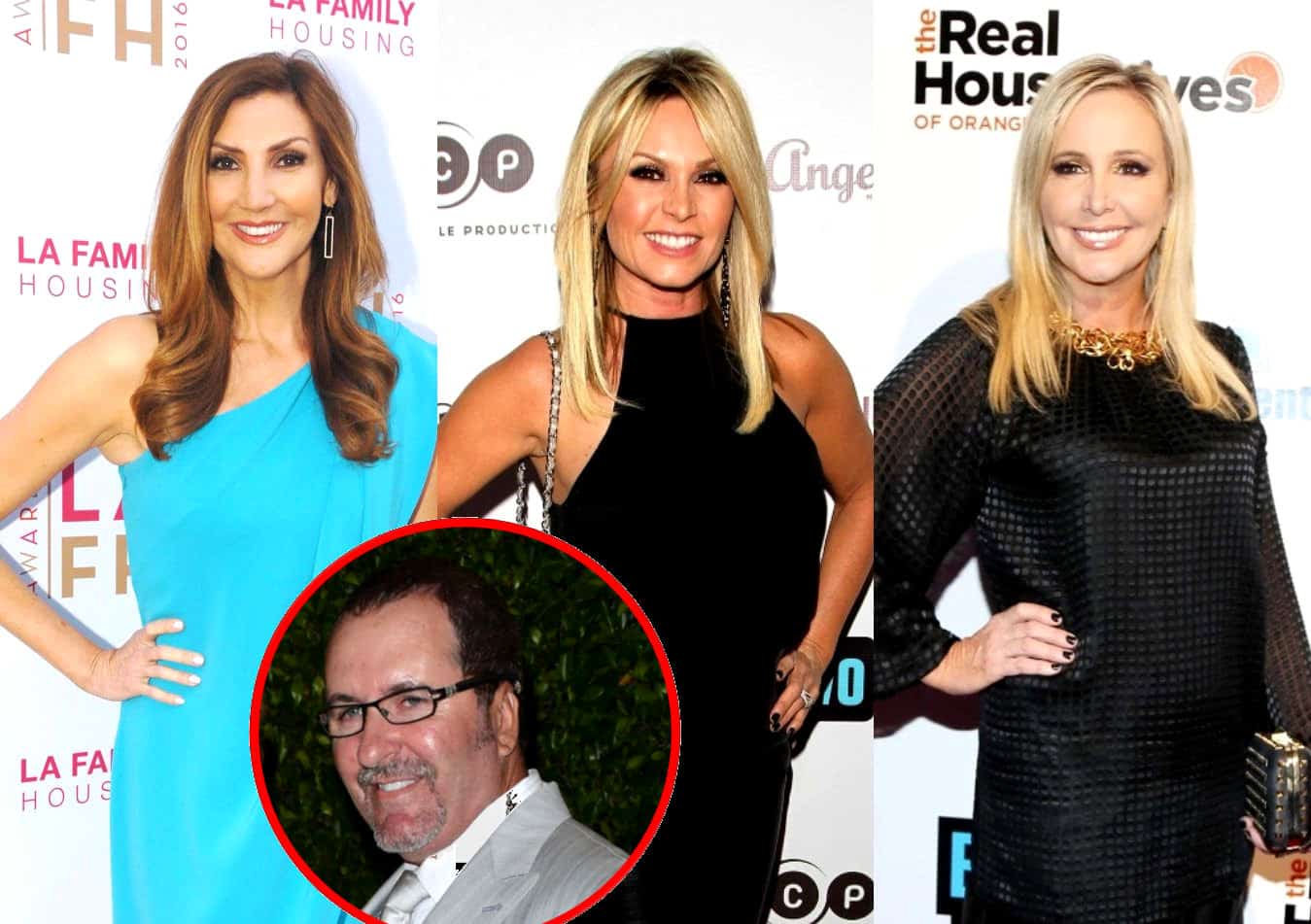 Heather McDonald may have scored a victory against Jim Bellino, but sadly, the lawsuit he brought against her and Real Housewives of Orange County cast members Tamra Judge and Shannon Beador cost her a couple of friendships.

During a new interview, Heather opened up about the legal drama she’s endured with Jim, the former husband of Alexis Bellino, after the Orange County Superior Court granted her request to have his $1 million case against her, which was initially filed in June of last year, dismissed.

“I am really happy,” Heather told Page Six on Thursday. “I feel in a much better state now that we have an actual ruling in our favor.”

While Heather was close with both Tamra and Shannon before Jim filed his case against them, claiming they defamed him during an episode of Heather’s podcast, Juicy Scoop, by talking ill about his divorce from Alexis and his trampoline business, she hasn’t spoken to them in over a year.

“Their attorney counseled them and our attorney said this is a very common thing to say — do not talk to this other party — me,” Heather explained. “So I haven’t talked to them in over a year.”

“That’s what was so heartbreaking about it all because I was really good friends with them both,” she continued. “I went to Tamra’s wedding. I met her over ten or eleven years ago when our kids were both four. Shannon went to USC and we connected on that level and went to games together.”

According to Heather, she’s gone through a rough couple of years due to Jim’s lawsuits against her, Tamra, and Shannon.

“It’s definitely affected my business,” she shared. “It’s terrifying. I just don’t think somebody knows once they’ve been through it. Like, how you’re having like a good day and then all of a sudden you’ll have a panic attack. Any time I got a Google alert, I would get scared because I was afraid it was about the case. I’ve never suffered from anxiety or panic attacks or anything like that.”

Jim’s case against Tamra, which he filed in July 2018, is ongoing. Meanwhile, Shannon was dismissed from the case last January but continues to battle against Jim as she attempts to collect the $137,340.25 he was ordered to pay her for her legal fees.

Although Jim has already filed an appeal against Heather’s dismissal from the case, she isn’t too concerned.

“My attorney is very confident and this is like a precedent case because podcasters have never been included with newspapers and news sources like this before,” Heather said. “That’s why it’s so important that I prevailed.”