Home Vanderpump Rules Vanderpump Rules’ Jax Taylor Reveals His Mom Told Brittany to “Run Away” From Him as He Shares the Real Reason He Won’t Reconcile With Her, Plus Lisa Vanderpump On Why She Wanted to Reach Out to Jax’s Mom

Vanderpump Rules’ Jax Taylor Reveals His Mom Told Brittany to “Run Away” From Him as He Shares the Real Reason He Won’t Reconcile With Her, Plus Lisa Vanderpump On Why She Wanted to Reach Out to Jax’s Mom 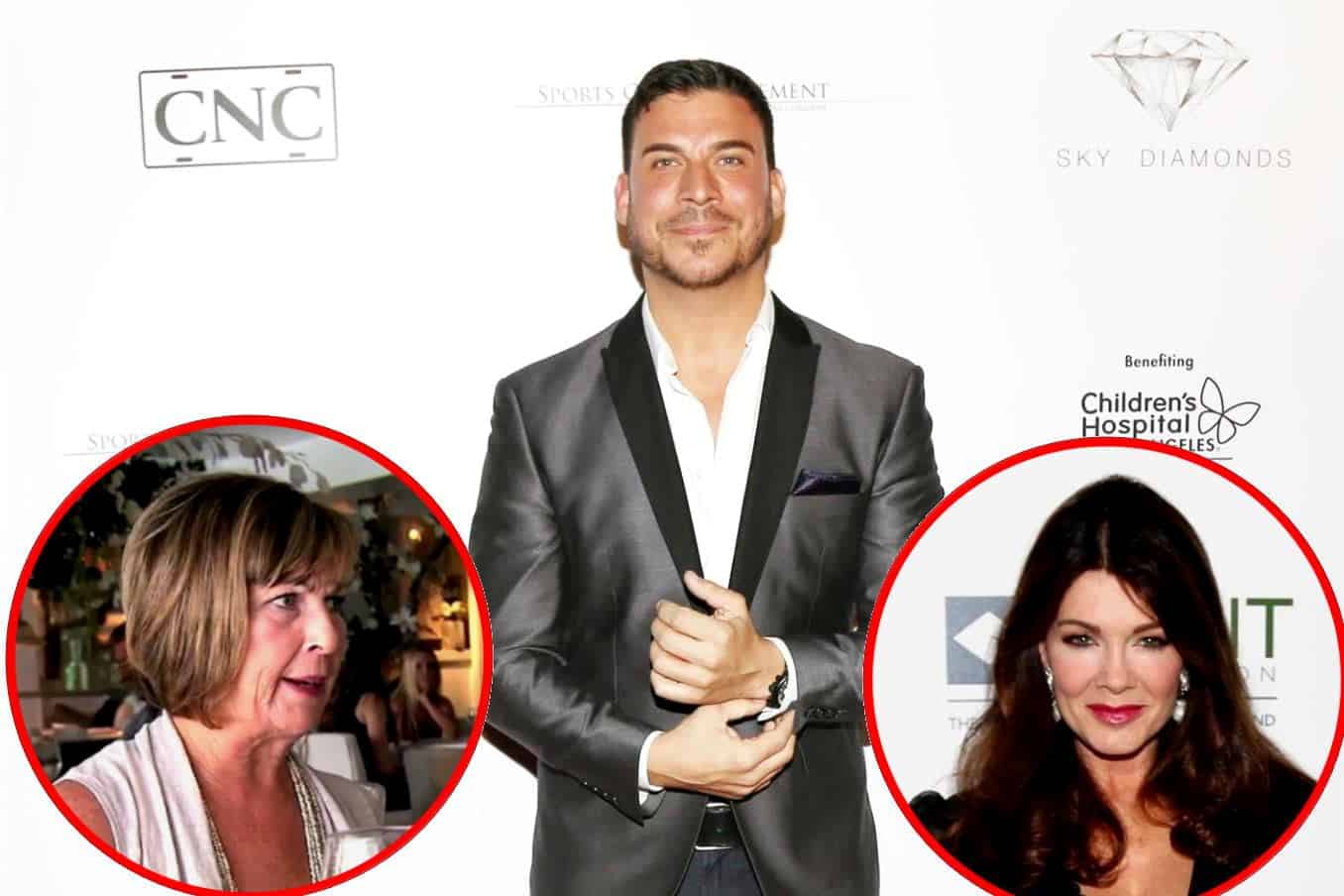 Vanderpump Rules star Jax Taylor was thrilled to have Lisa Vanderpump in attendance during his June 2019 wedding amid his estrangement from his mother, Marie Cauchi.

During an appearance on the Vanderpump Rules: After Show, Jax opened up about his wedding to Brittany Cartwright during a chat with Lisa before explaining why he won’t reconcile with his mother and listening to what Lisa had to say about his future family with Brittany and his mom’s absence in their lives.

According to Jax, it was important for Lisa and others to be at his wedding because he’s felt as if he has no parents ever since the loss of his father, Ronald Cauchi, in December 2017.

“I still don’t talk to my mother so it’s almost like I lost both of my parents and I really needed my friends and my family there,” Jax explained.

While Jax admitted his father would want him to reach out to his mother and noted his father’s wishes were “always on [his] shoulder,” he believes his relationship with Marie may be too far gone.

“There was so much hurt and there were so many things said [to me],” Jax recalled. “There were a lot of things said, like below the belt type of stuff, things that you really can’t come back from.”

Among those things was a moment between Jax’s mom and Brittany at his sister’s wedding, during which Marie pulled Brittany aside and seemingly told her Jax wasn’t worthy of her.

“Pulling my wife aside at my sister’s wedding and saying things to her [like] run away,” Jax shared as part of the reason for their rift.

Since their falling out, Marie has not reached out to Jax, Brittany, or Jax’s sister, Jenny.

Looking back on the moment she learned Jax’s mom would not be attending his wedding, Lisa said she immediately wanted to confront Marie about the decision.

“I wanted to talk to her mother-to-mother, like, ‘Are you sure?’ I would have regretted not being there and he’s not my son,” Lisa noted.

Lisa went on to address the fact that Marie will likely be missing from the lives of Jax and Brittany’s future children.

“You’re going to have a baby and it’s going to be her grandchild. Is she going to miss out on everything? To me, that’s very sad,” Lisa said.

Jax then revealed that the relationships between the women in his family have been strained for years.