Home Real Housewives of Orange County News Tamra Judge Reveals Shannon Beador is Afraid of Getting Fired From RHOC, Explains How Bravo’s Cutting Costs for Shows and Dishes on Gina Kirschenheiter’s New Home, Plus the Best Part of Not Filming

Tamra Judge Reveals Shannon Beador is Afraid of Getting Fired From RHOC, Explains How Bravo’s Cutting Costs for Shows and Dishes on Gina Kirschenheiter’s New Home, Plus the Best Part of Not Filming 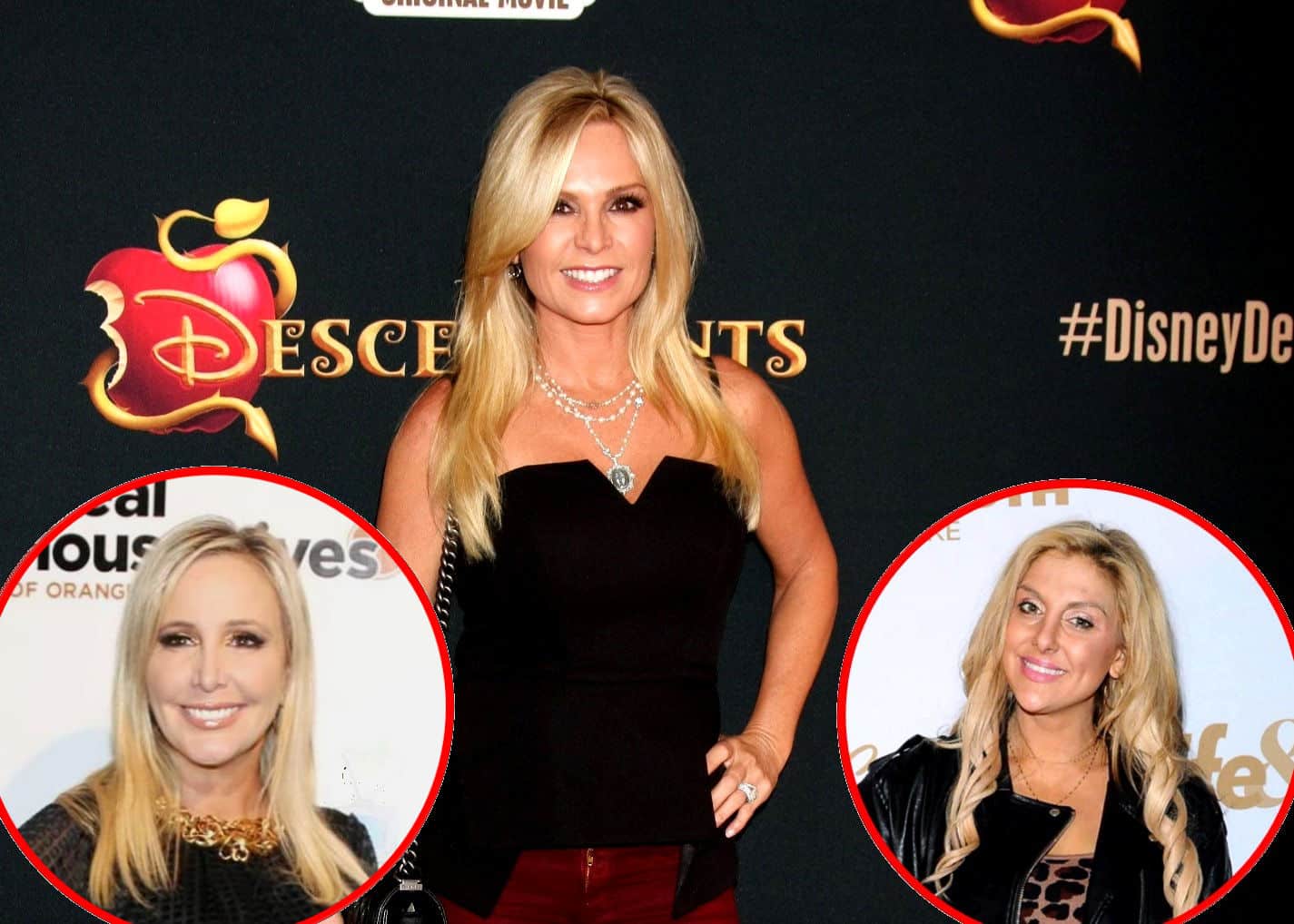 Tamra Judge appeared on Vicki Gunvalson‘s podcast series on Thursday, where she spoke about Shannon Beador‘s concerns about her future on The Real Housewives of Orange County.

In addition to telling her former co-star that Shannon was worried about a potential firing, Tamra revealed to Vicki how Bravo was cutting costs following their exits in January before talking about Gina Kirschenheiter‘s new home with boyfriend Travis Mullen and her favorite thing about not filming.

“Shannon’s all worried, like, ‘I don’t know how long I’m going to last on the show,’” Tamra told Vicki on the March 19 episode of Whoop It Up with Vicki. “And I said, ’Listen, we’ve paved the way for what you to be doing what you are doing now. We’re paving the way for your next gig.’”

According to Tamra, she and Vicki are working on a new show that will be able to be franchised, just as the Real Housewives has, as Bravo reportedly cuts costs on the upcoming seasons of RHOC by eliminating trips abroad.

“I heard that international trips for the [RHOC] are a no go anymore. I don’t know if it’s true. I think it’s budget,” Tamra explained. “You figure they just got an extra couple million dollars getting rid of us. Give them a good trip, Bravo!”

While Tamra is no longer filming RHOC, she has remained in touch with a number of her former co-stars. This includes Gina, who she says just bought a new home.

“[Gina] is living with her boyfriend now,” Tamra continued. “They have six kids together. She bought a house, which is nice, because she’s young. This is the first house, I think, that she bought on her own and that’s a great accomplishment.”

After first learning they had not been asked to return to their full-time positions for RHOC season 15, Tamra and Vicki experienced FOMO (Fear of Missing Out) and kept in close touch with one another.

“It was a show in itself between me and you on the phone every single day, crying, and one day you said, ‘I have diarrhea coming out of my mouth and my a**,’” Tamra recalled to Vicki. “It really was like a death.”

Months later, Tamra is no longer experiencing FOMO and says she’s happy to be off the show.

“The biggest thing I’m excited about not filming right now is I don’t have to put eyelashes on. I don’t have to get dressed up,” she shared. “If I just had my Juicy Couture sweatsuit on, I’d be right back before the Housewives started.”

Elizabeth Vargas was reportedly added to the RHOC cast after Tamra and Vicki’s departures.