Home Real Housewives of Orange County News RHOC’s Tamra Judge Shares an Update on Simon Barney’s Cancer and Husband Eddie Judge’s Health, Plus the Latest on Daughter Sidney as She Admits to Being Concerned About CUT Fitness Due to Shutdown

RHOC’s Tamra Judge Shares an Update on Simon Barney’s Cancer and Husband Eddie Judge’s Health, Plus the Latest on Daughter Sidney as She Admits to Being Concerned About CUT Fitness Due to Shutdown 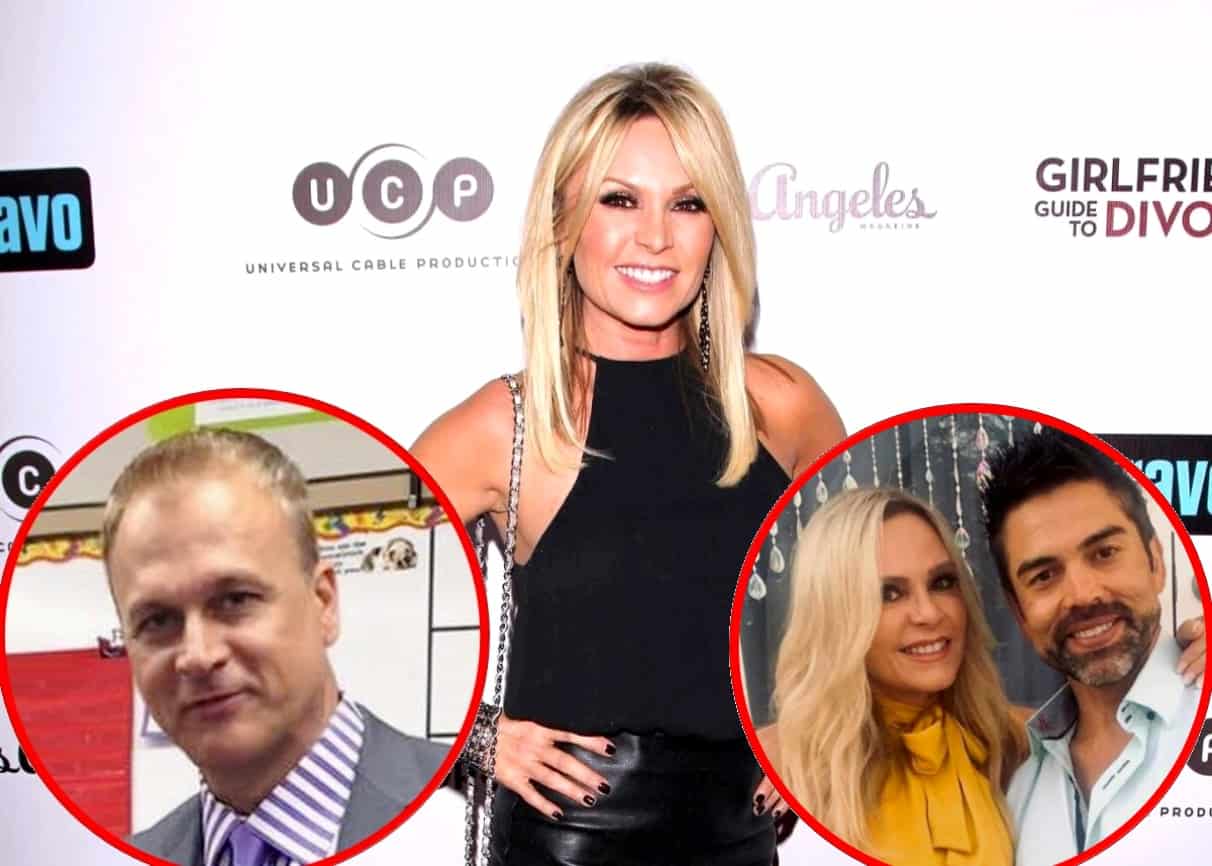 Tamra Judge offered an update on her ex-husband Simon Barney‘s battle with stage three throat cancer during an appearance on this week’s episode of Kelly Dillon‘s podcast.

Months after Simon came forward with his diagnosis, the former Real Housewives of Orange County star is sharing how he is coping amid the coronavirus pandemic while opening up about her own fears for her business and revealing where her previously estranged daughter Sidney Barney is currently.

“[Simon]’s at the end of his treatment, which he’s doing as good as expected,” Tamra revealed on Kickin’ Back with Kelly on April 1. “This virus is very scary for him. He’s very weak. He goes into the hospital daily for rehydration treatment. He and his fiancee [Catushia Ienni] have to pretty much be at home or at the hospital.”

Catushia is unable to leave their home because if she catches the virus, so could Simon. Meanwhile, Simon is also having to stay away from the three kids he and Tamra share, including daughters Sophia and Sidney and son Spencer.

“The kids haven’t seen their dad other than FaceTime in a month now. It’s hard enough to fight a disease like cancer and to have to do it without your loved ones around,” she shared. “Spencer and Sophia are both here. Sidney’s away at college. She’s stuck over there in Chicago right now.”

According to Tamra, her oldest daughter was able to stay at her dorm because she works for the college.

“She hasn’t been able to come back to see him, which has been hard for her. Hopefully soon this will all pass and she can come by and visit,” Tamra continued.

Although Tamra recently got lucky when she sold her former home in Coto De Caza just before the pandemic broke, she admitted to worrying about the future of her and Eddie Judge‘s O.C. gym.

“I’m hoping we can all survive through this coronavirus pandemic. There’s so many small businesses that are not going to make it. I don’t know that we will make it through it,” she shared. “If you’re looking at a business… Your rent is $10,000 and you’ve got to pay your employees and you’re not in business for three months… That’s hard. That’s a lot of money to put out for nothing.”

Luckily, Tamra pointed out that she and Eddie also own Vena CBD, which is up and operating throughout the global health crisis.

“I feel fortunate enough that I have a business like Vena CBD that can continue and can help and we can give back but if we only had CUT Fitness, we’d be in a lot of trouble,” Tamra confessed.

Also during the interview, Eddie confirmed that when it comes to his own coronavirus concerns, he doesn’t believe he is at a heightened risk because his aFib (atrial fibrillation) condition has been corrected.

“I don’t feel threatened at all because my condition has been fixed,” Eddie said. “There’s just a one percent chance that I might get aFib again if I keep pushing myself like I used to. But, outside of that, my heart condition is not threatened at all.”