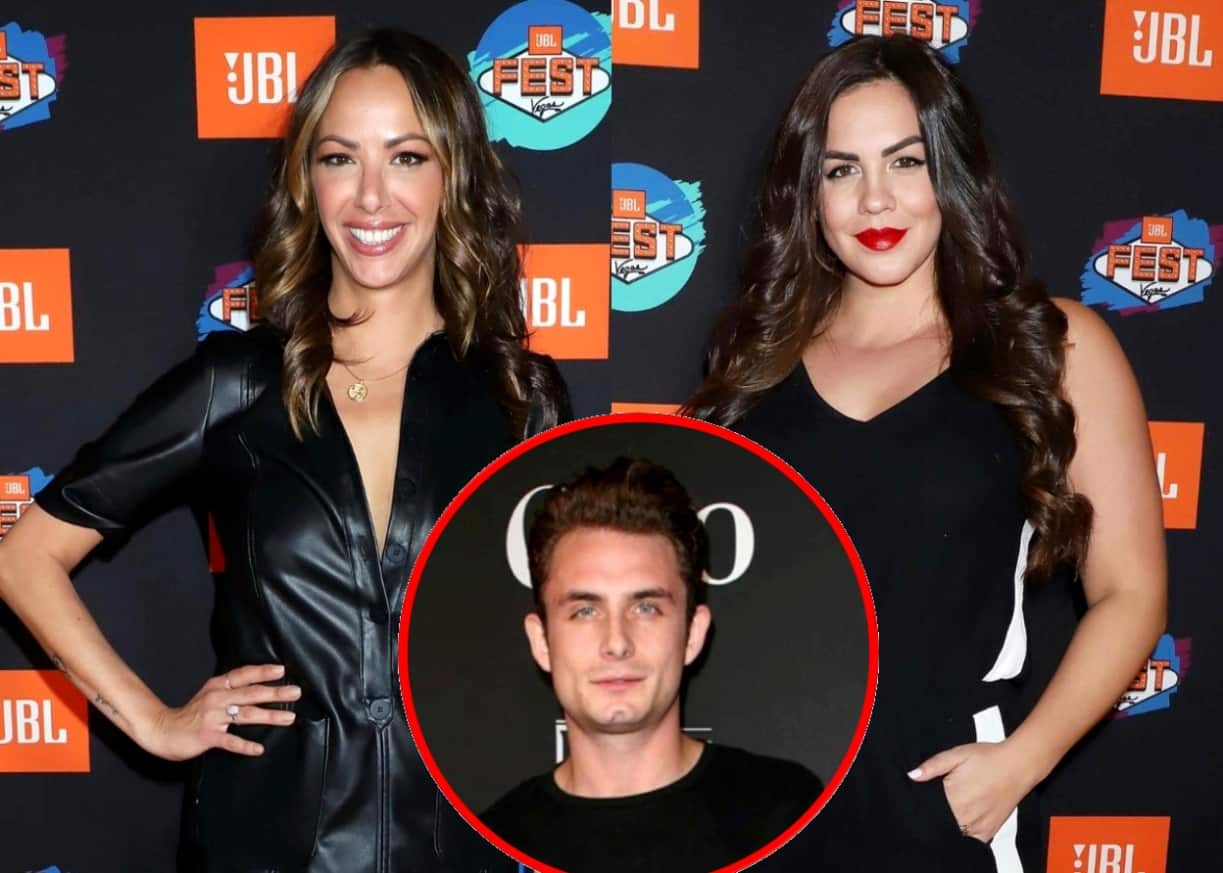 Kristen Doute is annoyed that Katie Maloney — a former James Kennedy nemesis — is now one of his biggest supporters.

The Vanderpump Rules star shared in a new interview how her relationship with the rapper/producer is still fraught, and how she feels betrayed by former BFF Katie for seemingly taking his side.

The reality star also showed her support for James’ current girlfriend, Raquel Leviss, explaining how fans can glean a lot of how he treated Kristen during their relationship in how he treats Raquel this season.

“I’ve actually backed Raquel this season and said she’s really sweet and I feel for her,” she stated. “I feel so badly for her when I have seen him speak to her that way or text her that way in these rage things. Alcohol or no alcohol — you don’t speak to the person you love that way and be so aggressive.”

She shared how there was “much more context” to the story of her relationship with James that viewers didn’t get to see. She also rejects the idea that she’s “obsessed” with James, adding how it “literally couldn’t be further from the truth.”

The James Mae CEO also shared an update on her relationship with ex-boyfriend Brian Carter. Pump Rules fans witnessed the seemingly endless drama between the former couple as they finally ended their relationship for good last year.

“We are doing the best we can to co-parent the dogs and by that I mean the dogs are with me during quarantine. He texts me once in a while to check in on them, asking if there’s a way he can keep them for a couple of days. But that’s honestly all that we talk about,” she said. “[I have] nothing but love and respect for him. I’ve moved on, I believe he’s doing the same. [We’re] staying cordial and cool and all of that.”

Kristen also shared an update on her new boyfriend, a mystery man fans have been clamoring to know more about. He was seen kissing Kristen at her surprise birthday party (shown in Scheana’s vlog of the occasion) and he’s known by her friend group, but Kristen is cautious to share too much of her new beau with the world.

“I was trying to keep it very under wraps because we’re dating. I’ve said that publicly already, you know. [We’re having] a really great time,” she shared. “[It’s] just nice to keep it to ourselves and I don’t think that I need to like, shout it from a mountaintop or do some big press release right about someone that I’m seeing.”

The reality star explained how her boyfriend has gone private on Instagram — likely due to all the attention he’s now receiving. She noted how difficult it can be to start a relationship or even casually date someone while filming for Pump Rules. She feels the need to explain to them how they might be “thrown to the wolves” once their identity is revealed.

“[If] he and I become very serious that is something I’m going to have to think about. Like what are the dumb trolls going to say about him or what are they going to say to him about dating me?” she explained. “I mean, he knows me, but it’s a lot of pressure and it’s a lot of worry. So that’s just something that I’ve just tried to sort of keep under wraps for as long as I can.”