Home Real Housewives of Beverly Hills News RHOBH’s Denise Richards Shades Kyle Richards and Lisa Rinna as ‘Hypocrites,’ Likes Tweet Reminding Them of How Upset They Got When Rumors About Their Marriages Were Brought Up on Show

RHOBH’s Denise Richards Shades Kyle Richards and Lisa Rinna as ‘Hypocrites,’ Likes Tweet Reminding Them of How Upset They Got When Rumors About Their Marriages Were Brought Up on Show 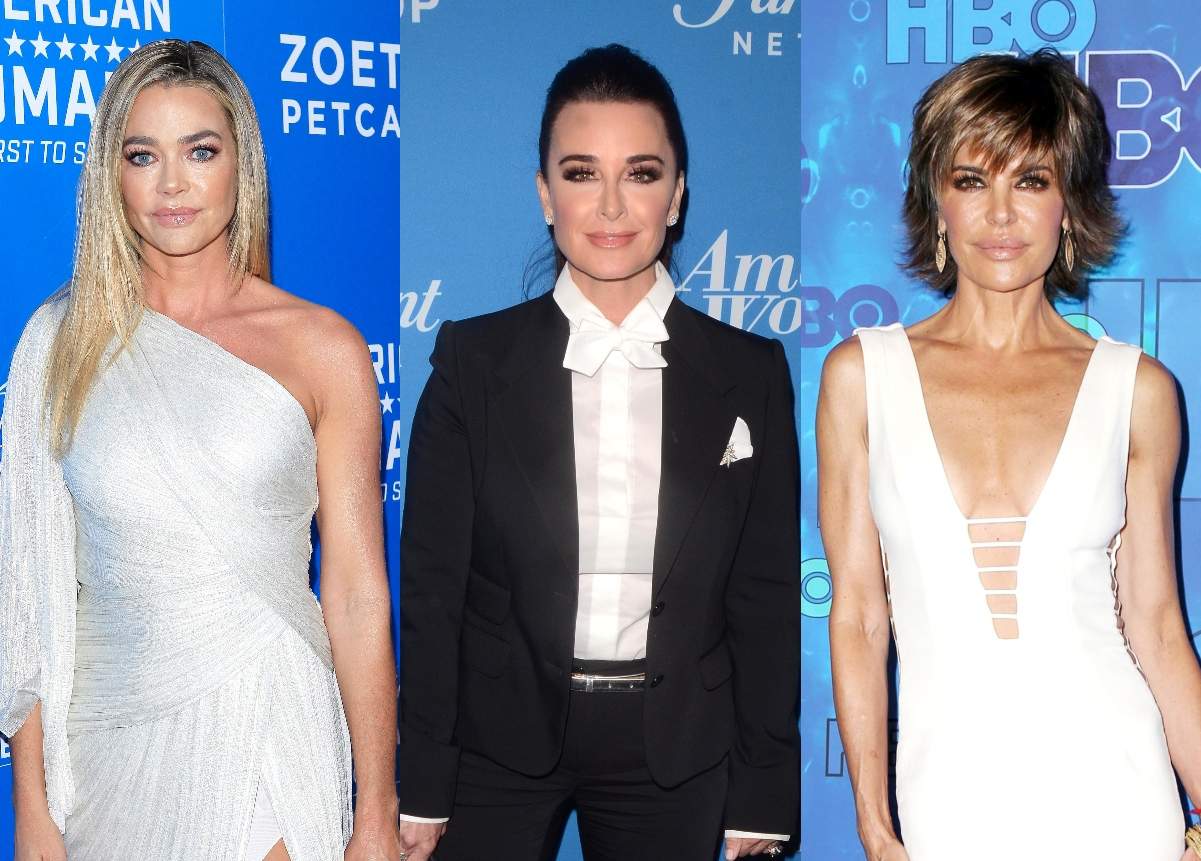 On Twitter on Wednesday night, following the latest episode of the show, Denise “liked” a post on Twitter from a fan in which Kyle Richards and Lisa Rinna were accused of hypocritical behavior before responding to another fan who suggested she “didn’t film for months.”

Months after Denise was rumored to have an open marriage to husband Aaron Phypers, which she denied in an Instagram comment in February, a tweet about past rumors regarding Lisa’s marriage to Harry Hamlin and Kyle’s marriage to Mauricio Umansky caught Denise’s attention.

“The picture you see on the left is of Kyle crying when the women brought up rumors her husband was having an affair. The picture on the right is Lisa Rinna Having a meltdown after her husband was mentioned. But Denise should share everything on the show right?” the fan asked. 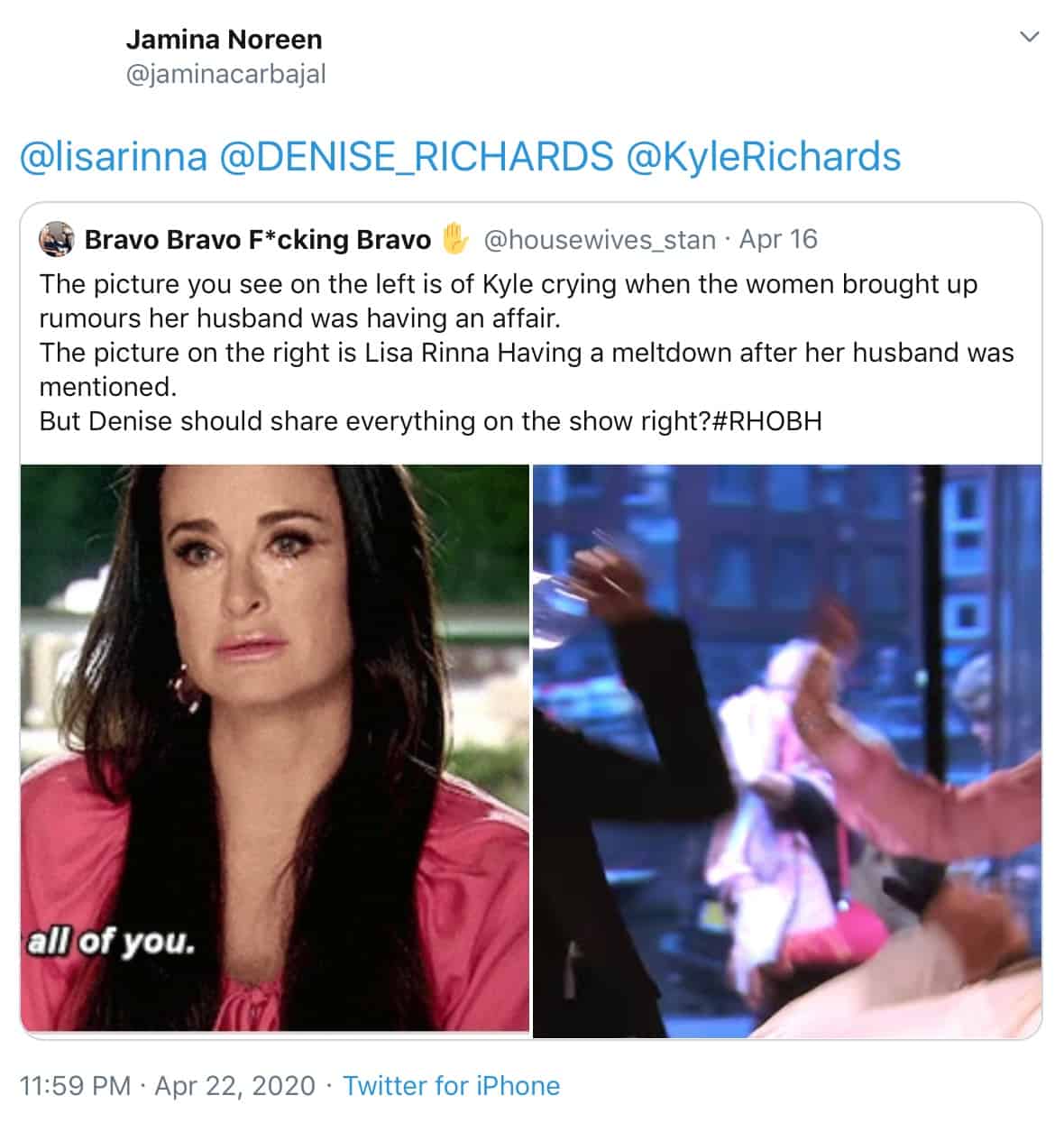 Kim Richards brought up claims regarding Lisa’s alleged situation “at home” during a cast trip to Amsterdam during RHOBH season five and Kyle was faced with allegations of being cheated on during season two.

As fans saw during the premiere episode of season 10 earlier this month, Denise reportedly quit filming in December amid rumors of an affair with Brandi Glanville and tension with her castmates. However, Denise has insisted she didn’t miss as much filming as the episode led on.

“[Denise Richards] didn’t film for months but she still did the promo’s. She is carrying this season!” a fan tweeted.

Denise responded by denying missing months of filming. Instead, she says she just missed two cast events, one of which was Dorit Kemsley‘s finale party.

“I did film.. missed two parties in [December] that’s it,” Denise replied.