Home Vanderpump Rules Vanderpump Rules Stars Stassi Schroeder and Beau Clark Slam Brian Carter’s “F–ked Up” Text Message on Their Engagement Day, Plus They Give a Wedding Update and Share if Kristen Doute is Invited

Vanderpump Rules Stars Stassi Schroeder and Beau Clark Slam Brian Carter’s “F–ked Up” Text Message on Their Engagement Day, Plus They Give a Wedding Update and Share if Kristen Doute is Invited 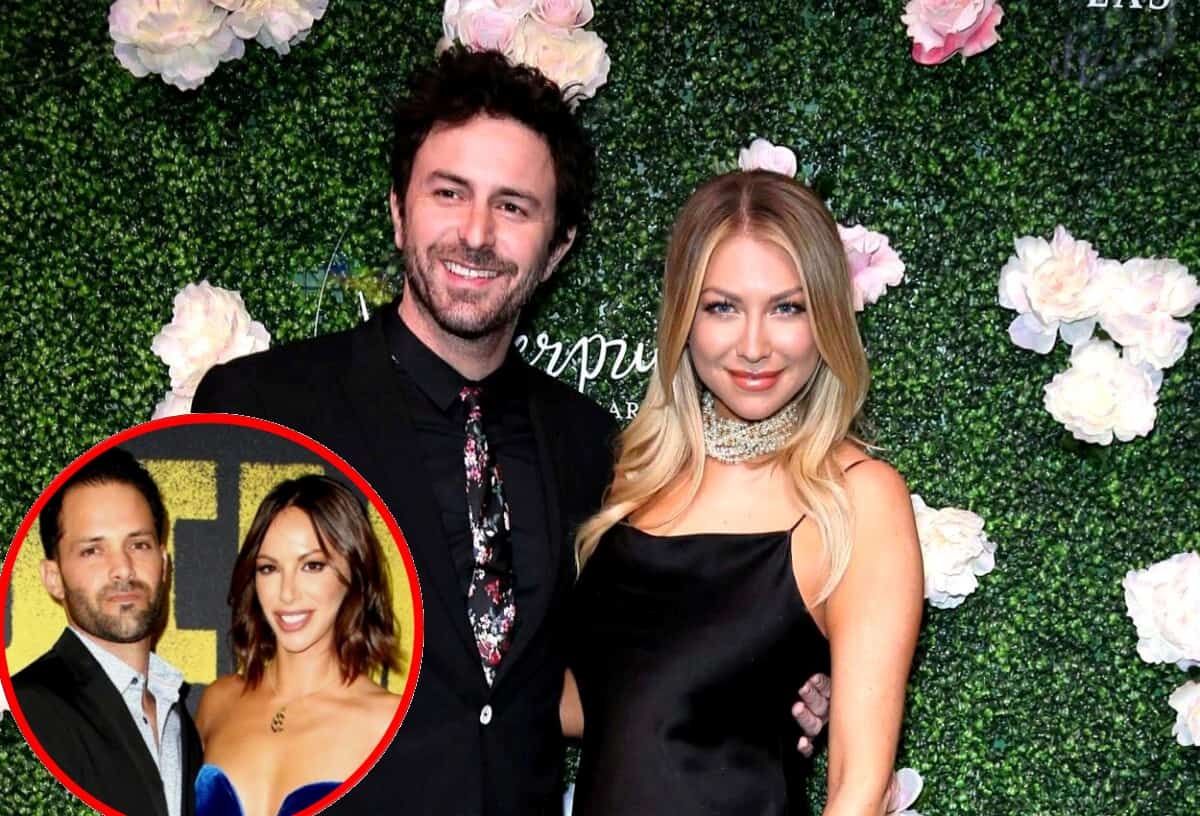 After Beau Clark‘s sweet proposal to Stassi Schroeder on Tuesday night’s episode of Vanderpump Rules, the couple is addressing the drama that followed and also sharing an update on their wedding.

A lot of chaos led up to Beau’s graveyard proposal, with Stassi almost blowing the whole ordeal as hints of her infamous “dark passenger” began to emerge in previous episodes, lamenting the fact that Beau had not yet popped the question.

“I don’t think you understand, I don’t think they showed properly, this whole season, how […] we got into so many arguments, and there were so many sad moments, because he convinced me that he wasn’t ready anymore,” Stassi shared with Entertainment Tonight. “We had been talking, like, for a full year about how he can’t wait to marry me and all these things and, you know, we’d be engaged soon and then he, all the sudden, just like reneged on that.”

Beau admitted he “crossed the line on lying.” He found it incredibly painful to have to keep making things up in order to stall the big surprise.

“I was like, you know, ‘Work has been really slow … I might lose my job. I just don’t know where I’m gonna be at, you know, financially, I might have to sell my jeep,'” he stated.

The couple also commented on that confrontational text from Kristen Doute‘s ex Brian Carter that Beau received right after the proposal, condemning them for treating Kristen “like s–t” and to not forget it was her who hooked them up in the first place. “That’s some cold-blooded s–t right there,” his text read.

“I’m like, why did you text me that?” Beau interjected. “Like, what have I done to Kristen?”

“Honestly, it was just f–ked up,” Stassi added.

Stassi noted how Carter’s text was the “nail in the coffin” for his position with the group and only made her want to distance herself from Kristen more.

Pump Rules fans witnessed the messy demise of Stassi and Katie Maloney‘s friendship with Kristen around her toxic relationship with Carter. Although that’s been the main source of their drama, Stassi and Katie recently explained further that their beef with Kristen involved an off-camera conversation the three had ahead of season seven.

On the April 24 episode of Straight Up With Stassi, the two revealed how they originally all agreed to talk about Kristen and Carter’s drama on-camera, but it later backfired when Kristen began defending Carter. This ultimately made them look like bad friends.

Although Stassi said she’s fine to “say hello” or “ask how [life] is,” Kristen is still not invited to their wedding, as the couple is choosing to wait until “the last possible minute” to decide whether or not they’ll postpone their Italian wedding due to coronavirus fears.

“We’ve cried about it,” she admitted. “We’ve also laughed about it. We’ve digested it. We’ve come to peace with it, that it might not happen and, you know, I get it. It’s happening to so many people. There are much greater things going on in the world than, like, your wedding not being able to work out. But, we don’t know right now. We’re in wedding limbo.”