by Cynthia Cook May 8, 2020 50 comments
ShareTweetWhatsappPinterestRedditTumblrMailFlipboard 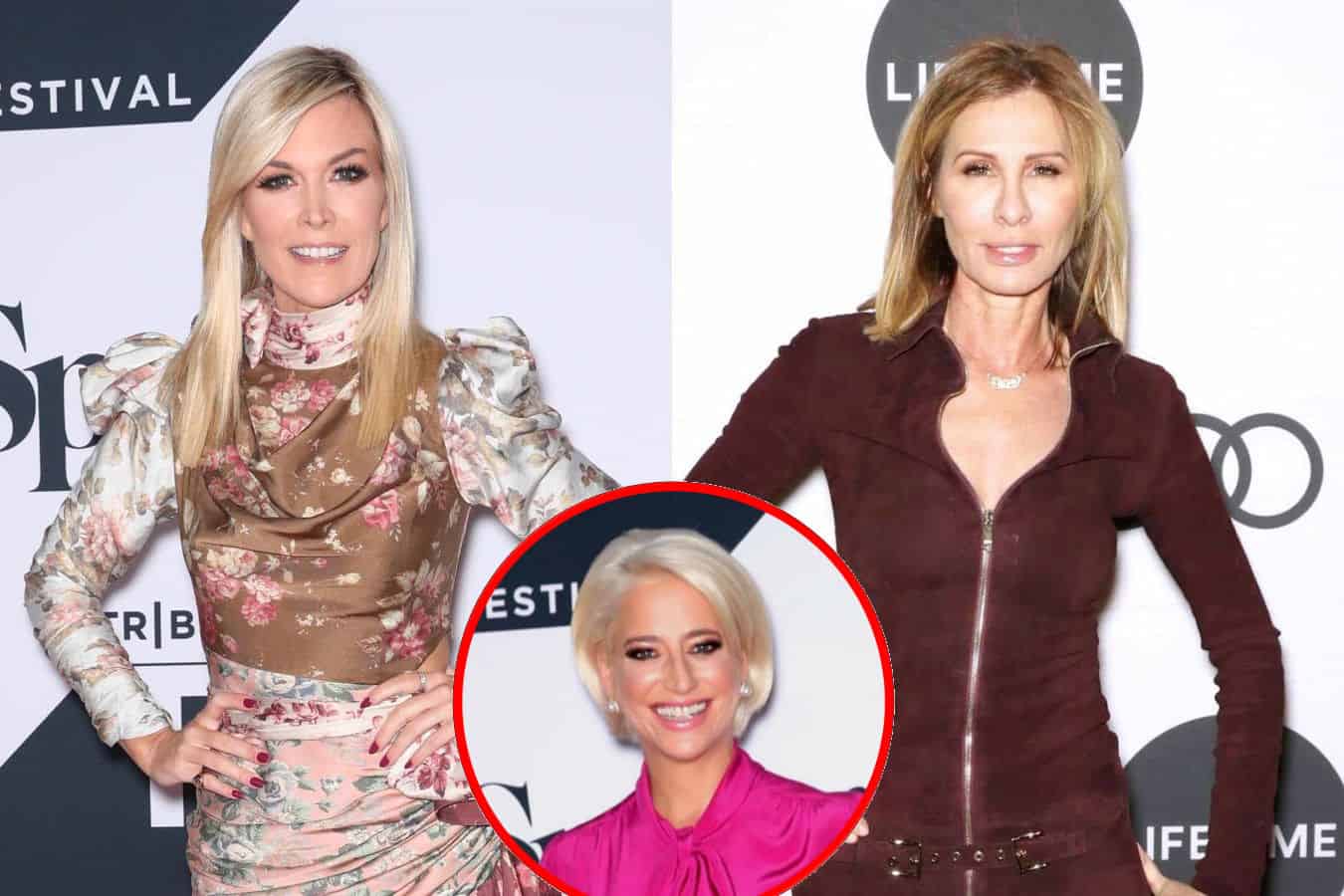 Will Carole Radziwill be invited to Tinsley Mortimer‘s upcoming wedding?

Tinsley Mortimer is sharing an update on where she stands with former friend and Real Housewives of New York City co-star Carole as she also discusses being at her wit’s end with Dorinda Medley insinuating she has some kind of secretive “arrangement” with her fiancé Scott Kluth.

Tinsley caught up with Andy Cohen for Watch What Happens Live on May 7, during which the Bravo host asked her if Carole would be getting an invitation to her upcoming wedding. If you recall, Tinsley and Carole appeared to form a close bond during Carole’s time on RHONY. However, following Carole’s exit, the ladies had somewhat of a falling out after Carole denied they were ever as close as the show made them out to be.

“Will [Carole] have a special role in the wedding since she set you two up?” asked Andy, referencing the fact that Carole was the one who set up Tinsley and Scott on a blind date.

“Uh, you know we’ll have to see. We’ll have to see what’s going on with that. You know, unfortunately, our friendship sort of fell off a little bit after the show and stuff, and she wasn’t there anymore, so I don’t know,” Tinsley responded. “We’ll see who’s invited and who’s not.”

Tinsley then defended herself against Dorinda, who has repeatedly accused her of being secretive about her relationship with Scott. The two have gone head-to-head for what seems like forever now, and they are still battling it out on this season of RHONY.

“I am very open and I talk about a lot of things,” Tinsley said, pointing out how many times she “sobbed about Scott” and lamented to the ladies about her relationship.

“This is BS,” she continued. “I really am super open and honest — ask me a question and I will tell you… It is insulting to me for her to say that Scott was in the mix, that I have an arrangement, that he’s paying for my bills or clothes or whatever it is when we are not together — that’s insulting. He had girlfriends then, he was traveling with other people. To think that I’m the type of person that would allow this man to do that — sleep in bed with somebody else and then pay my bills? I’m not that person. I would never.”

The couple has moved past their on-again-off-again rocky relationship days, though, and they are now living the quarantined life together in Chicago as soon-to-be-newlyweds. Scott proposed to Tinsley in Chicago last year, and the two were originally planning for a wedding this summer, but news of the coronavirus pandemic slowed that process down.

The RHONY star also shared how this time around she actually wants a “small” wedding — but definitely not a Zoom wedding (something Scott proposed as a possibility).