by Lindsay Cronin May 16, 2020 53 comments
ShareTweetWhatsappPinterestRedditTumblrMailFlipboard 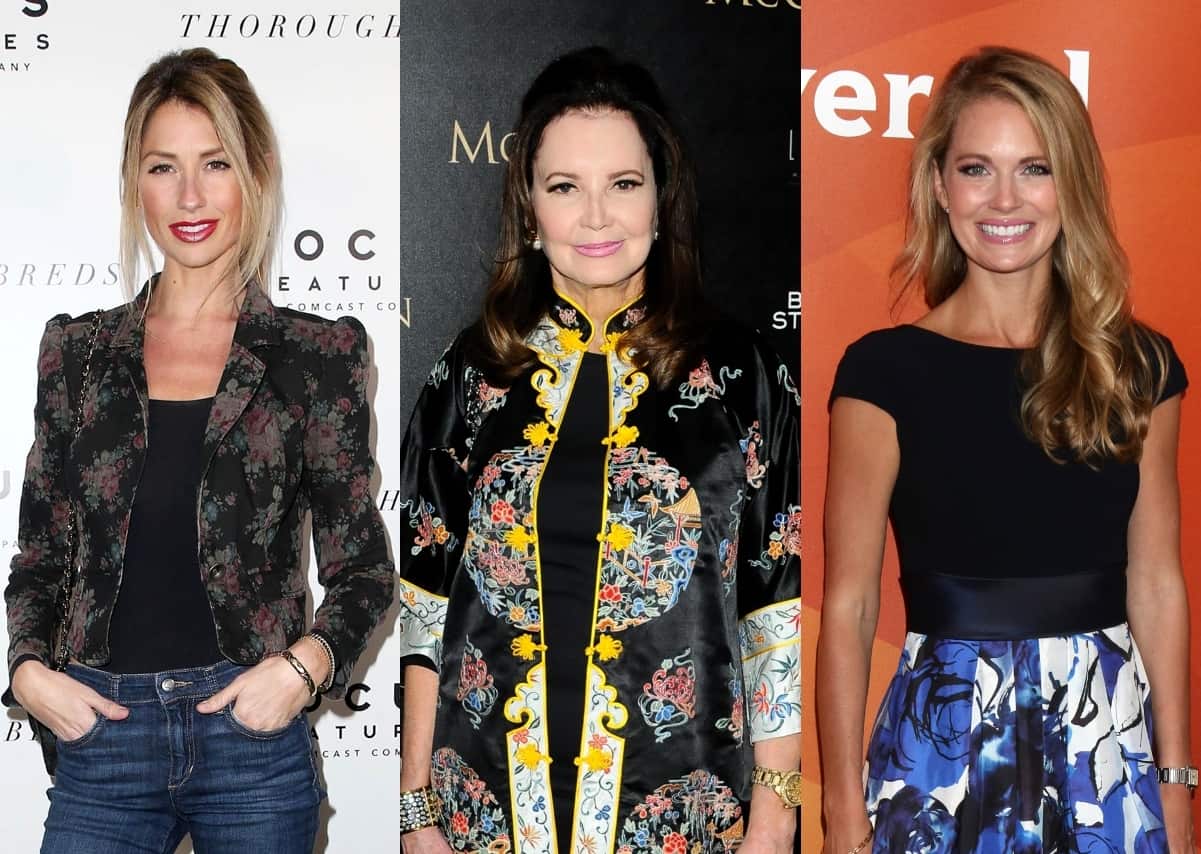 Ashley Jacobs and Patricia Altschul are speaking out about the drama surrounding Cameran Eubanks‘ exit from Southern Charm and the cheating rumor Kathryn Dennis started against Cameran’s husband, Jason Wimberly.

After a rumor earlier this week suggested Cameran quit the Bravo series after learning Kathryn was ready to expose Jason’s alleged mistress, who has since denied the “unfounded lies,” Ashley slammed the cast for enabling Kathryn’s bad behavior as Patricia confirmed when Cameran actually left the show and defended Jason against the absurd report.

On Instagram, after seeing one of her followers had suggested the Southern Charm cast was “falling apart at the seasons” and noting that Ashley “got out in the nick of time,” Ashley weighed in.

“Totally! And not surprised, it was only a matter of time before the show would have to air someone else’s dirty laundry and have that person’s drama carry the ratings for that season,” she explained. “If everyone had it their way, they’d be the Cams [and] Chelsea’s of the show. No drama surrounding them because they only give you a little glimpse into their personal lives. Too bad that [is] not enough to carry a show. Unfortunately you need villains and lots of drama and nobody wants to sign up to be that person. Ask me! I know.” 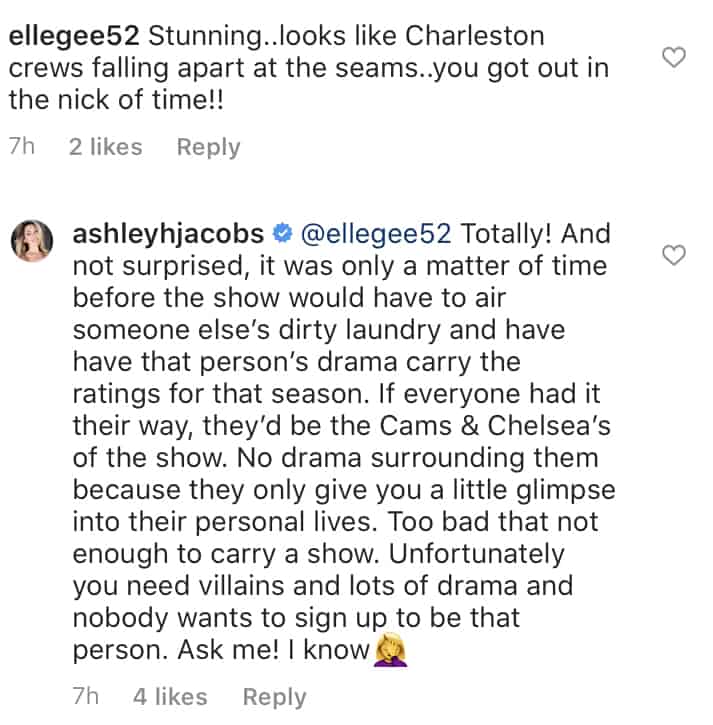 Although Naomie Olindo suggested on her own Stories that she and Chelsea Meissner followed Cameran’s lead by quitting the show due to Kathryn’s spreading of the false rumor, and other bad behavior, Thomas Ravenel‘s former girlfriend claimed they have been aware of Kathryn’s poor treatment of others for years.

“The whole cast was aware of this behavior the WHOLE time. The only reason you defended her while cameras were filming (not off camera, keep in mind) was because you lacked the integrity to be honest and real in front of the cameras for fear of unpopular opinion,” Ashley wrote in a message seemingly directed at Naomie and other members of the Southern Charm cast.

“You created your ‘Kween’ – this reality TV fictional character by condoning that behavior (and now you’re all upset about it?) I undoubtedly was 100% wrong in my approach to calling her out the way that I did, but never once did I pretend to be something that I was not. You were ALL enablers,” she continued. “I wish I would have used the word COWARDS instead. Seems a bit more fitting.” 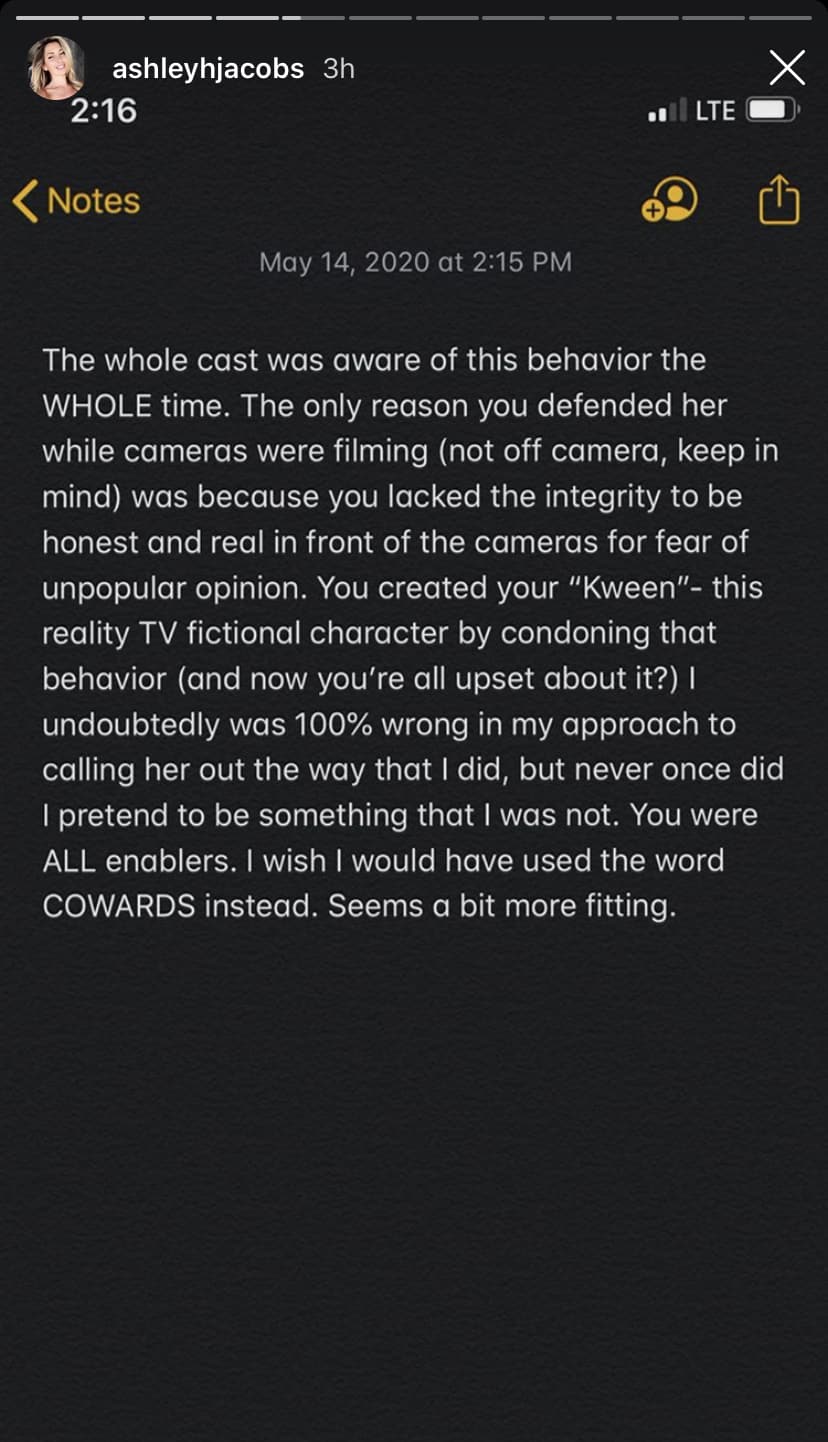 In another post, Ashley suggested ratings on the series were high when she was on due to her honesty.

“PS- The only reason [Southern Charm] season 5 was the highest rated season in the show’s history is because it was the only time someone had the courage to speak some truth,” she said. 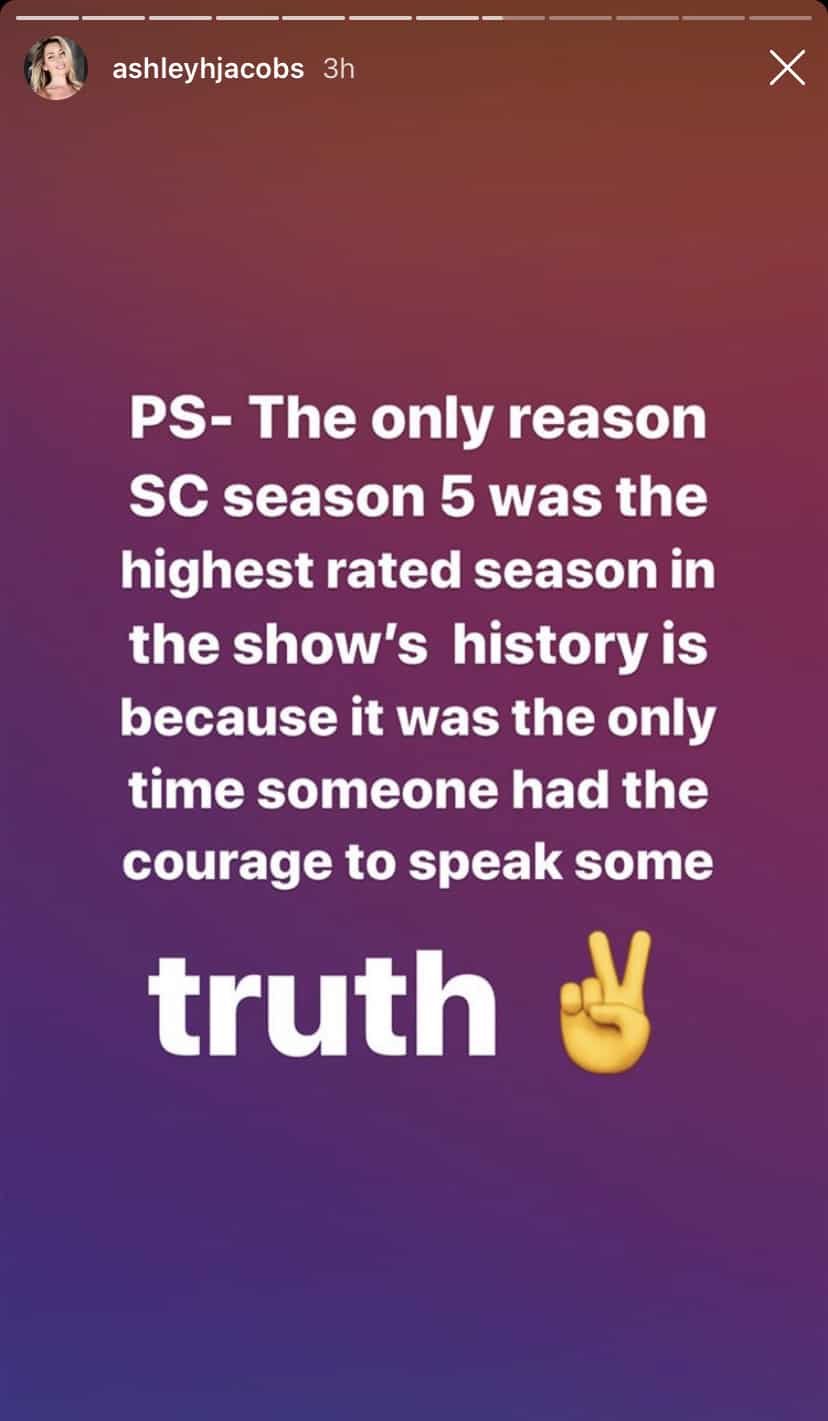 Meanwhile, on her own Instagram page, Patricia shared a comment about Cameran’s exit and came to her husband’s defense.

“Whitney knew that Cam had made the decision not to come back months before filming began,” Patricia revealed.

“Consider the source of this untrue rumor. There is no more devoted husband and father than Jason,” she continued. 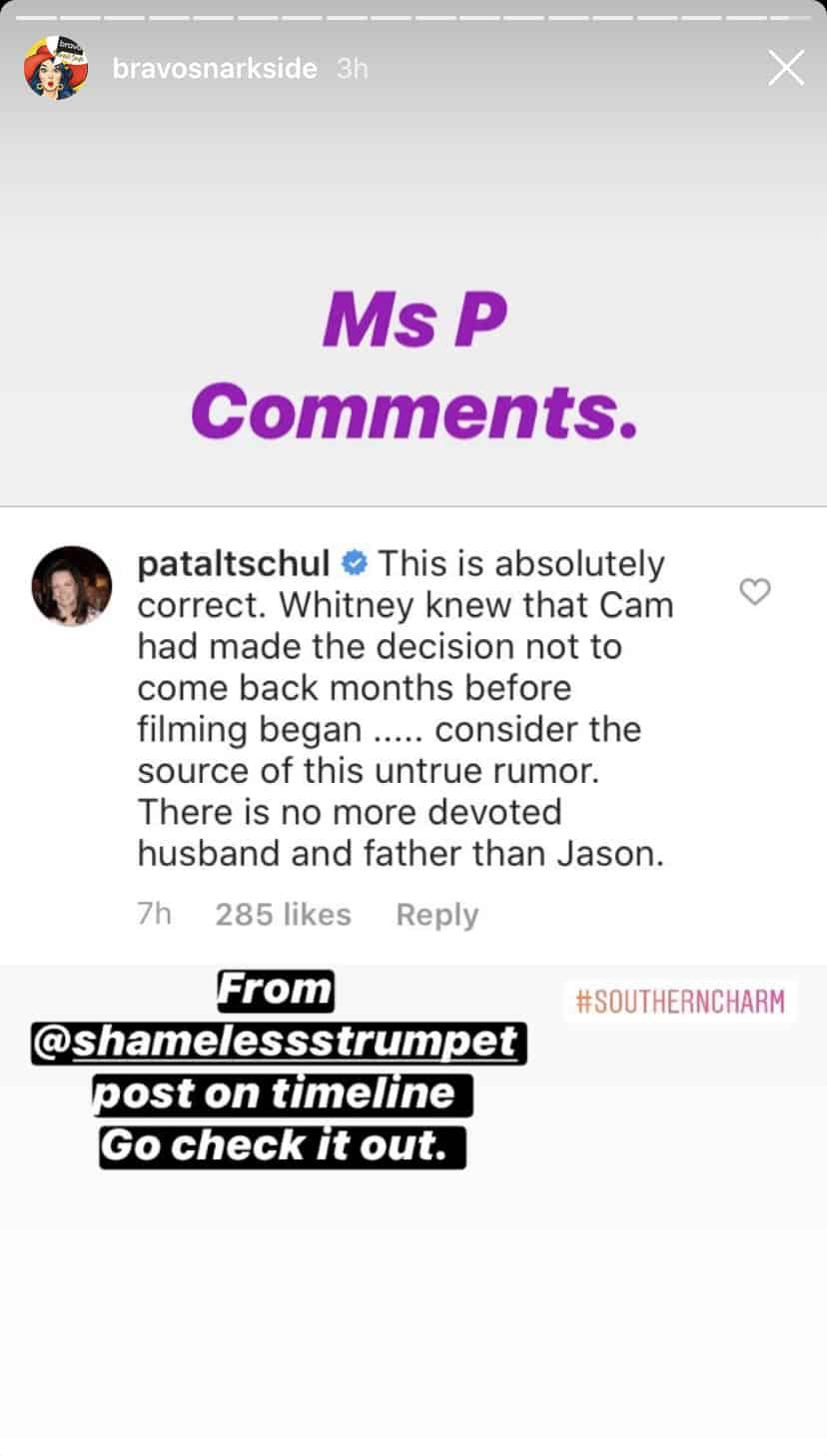