Home Vanderpump Rules Faith Stowers Denies Lisa Vanderpump Told Her to Act Like Nene Leakes on Vanderpump Rules as She Clarifies Claims, Says Nene Reached Out Plus Why She Didn’t Respond to Stassi and Kristen’s Apologies

Faith Stowers Denies Lisa Vanderpump Told Her to Act Like Nene Leakes on Vanderpump Rules as She Clarifies Claims, Says Nene Reached Out Plus Why She Didn’t Respond to Stassi and Kristen’s Apologies 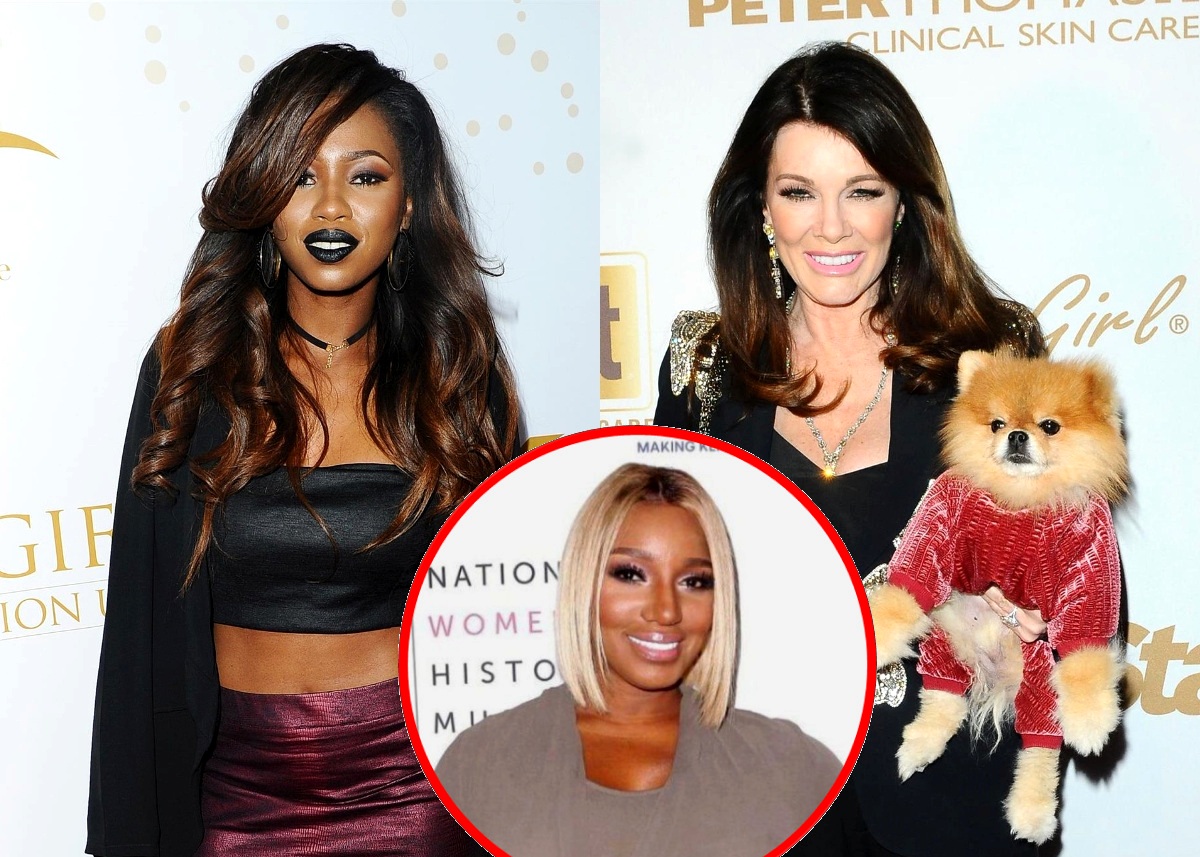 Faith Stowers is denying the claim that Lisa Vanderpump instructed her to act like The Real Housewives of Atlanta star Nene Leakes when she was brought to the Vanderpump Rules cast for season six.

In a recent podcast appearance, the former Bravo reality star clarified her earlier comments before reacting to Lisa’s recent statement about the firings of her co-stars, including Stassi Schroeder, Kristen Doute, Max Boyens, and Brett Caprioni, and explaining why she didn’t respond to Stassi and Kristen’s public apologies.

During an interview with Floribama Shore star Candace Rice, Faith stated that when Lisa brought her on Pump Rules, Lisa “was like ‘I want you to put them in their place, kind of give them this Nene Leakes kind of attitude.'”

However, Faith is clarifying now that Lisa didn’t mention Nene’s name and that she was the one who perceived that’s what Lisa meant.

“When she told me to put people in their place, I took that as being a Nene Leakes character. And I cleared that up with Nene too, because I know Nene asked me about that,” Faith revealed on the June 12 episode of So Bad It’s Good with Ryan Bailey. “[Lisa] didn’t say like, [for] me [to] act like Nene. I took that as… She’s the only black woman, I feel like, in the Bravo universe that was putting people in their place.”

According to Faith, Nene was taken aback after getting word of the rumor, which is why she reached out to her to confirm it was not true.

As for Lisa’s statement about Bravo’s decision to fire a number of her employees from Pump Rules, Faith said she wished Lisa included a message for her in the statement.

“It was unfortunate that it wasn’t personally to me. It kind of hurt,” Faith admitted.

That said, Faith was happy to see that Lisa believes every action should come with a consequence and she hopes to see her showcase a more diverse cast in the future, as she also suggested in her message to fans last week.

While Faith forgave Stassi and Kristen years ago after learning they attempted to get her arrested for crimes she didn’t commit out of revenge for her affair with Jax Taylor, she still feels that they have a lot to learn in regard to what their claims could have led to.

“Stassi and Kristen are very smart human beings. So I’m like, ‘You know about police brutality. And I know you knew the situation you put me in when you did.’ That’s what really angered me the most… Because I think about what could have happened to me that night,” Faith explained.

According to Faith, she believes Stassi has had racist views for many years.

“She has the same opinion about people of color since… for years before me. Racism is a learned behavior. That’s why it is so important to weed it out now,” Faith said.

Faith then noted that Stassi has a bad case of white privilege because she’s not used to hearing the word “no” or facing any consequences for her bad behavior.

“[Stassi] won’t even publicly show [her] face to apologize,” Faith stated, claiming she had her younger brother do it for her. “Why would you put his face out there when you wouldn’t even show your face?”

Although Stassi and Kristen did offer apologies to Faith, Faith didn’t feel they were sincere.

“I think it was very uniform and I think they almost [posted] within seconds of each other… I need to thank their team for that apology,” Faith explained.

While Kristen did eventually reach out to Faith, via a DM, she’s heard nothing from Stassi “at all” and feels Kristen only contacted her due to the pressure she was receiving from fans.

“You can’t really change if somebody has to tell you or force you to do it. I just didn’t feel the sincerity so I decided not to respond,” Faith said.